A sincere thank you to all the participants who submitted their #RosettaAreWeThereYet photos!

Shown below are the two overall winning entries that particularly attracted the attention of the judges because of the way they captured some of the key themes of the Rosetta mission. 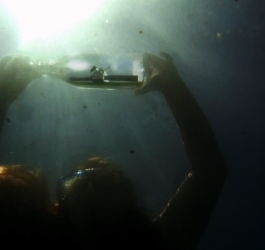 Rosetta in a bottle. Photo taken by Elisabetta Bonora. 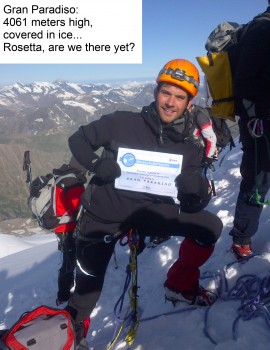 The ‘Rosetta mission in a bottle’ submitted by Elisabetta Bonora, featuring one of our paper Rosetta and Philae models safely encased in a bottle and photographed underwater, gives the feeling of a technical challenge, as well as relating to the mission’s long journey and to its goal of studying the origin of Earth’s oceans. The other top winning entry, taken by Emanuele Andreola on top of Gran Paradiso in the Graian Alps – a mountain that is about 4 km high, just like Comet 67P/C-G! – suggests a parallel between the Rosetta mission and mountaneering, both requiring long preparation, training and travelling times, not to mention the ability to face the unknown and be aware of the risks.

We are delighted to invite our two top prize winners, to our European Space Operations Centre in Darmstadt, Germany, to join us for the VIP event celebrating the first-ever landing on a comet, in November.

A further ten out of the top 20 publicly voted entries were also chosen by the judges to receive a gift bag containing a selection of ESA-branded souvenirs. The entries from these ten runners up are shown below. 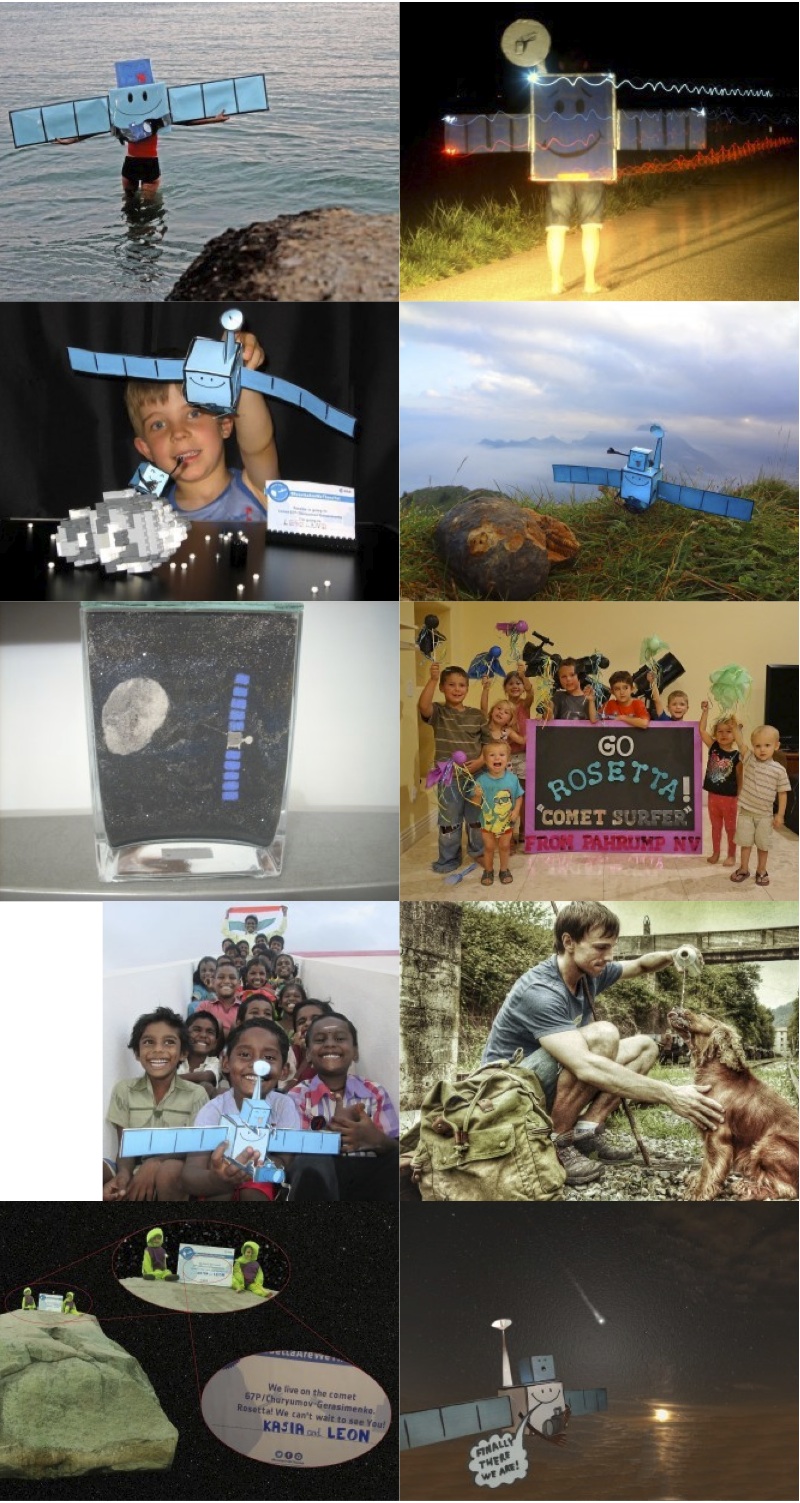 The ten runners up in the #RosettaAreWeThereYet photo competition.

More information (including the names of the ten runners up and links to their entries) in the full article on the ESA Portal.

In addition, 10 additional participants will receive gift bags: these ‘lucky dip’ winners will be drawn live from all remaining entries during our next Rosetta Google+ Hangout on Tuesday 2 September.

This animation shows the huge variety of locations across the world that were featured in the submitted photos, as well as the many creative renditions of Rosetta, Philae and the comet and of the search for water and the building blocks of life.