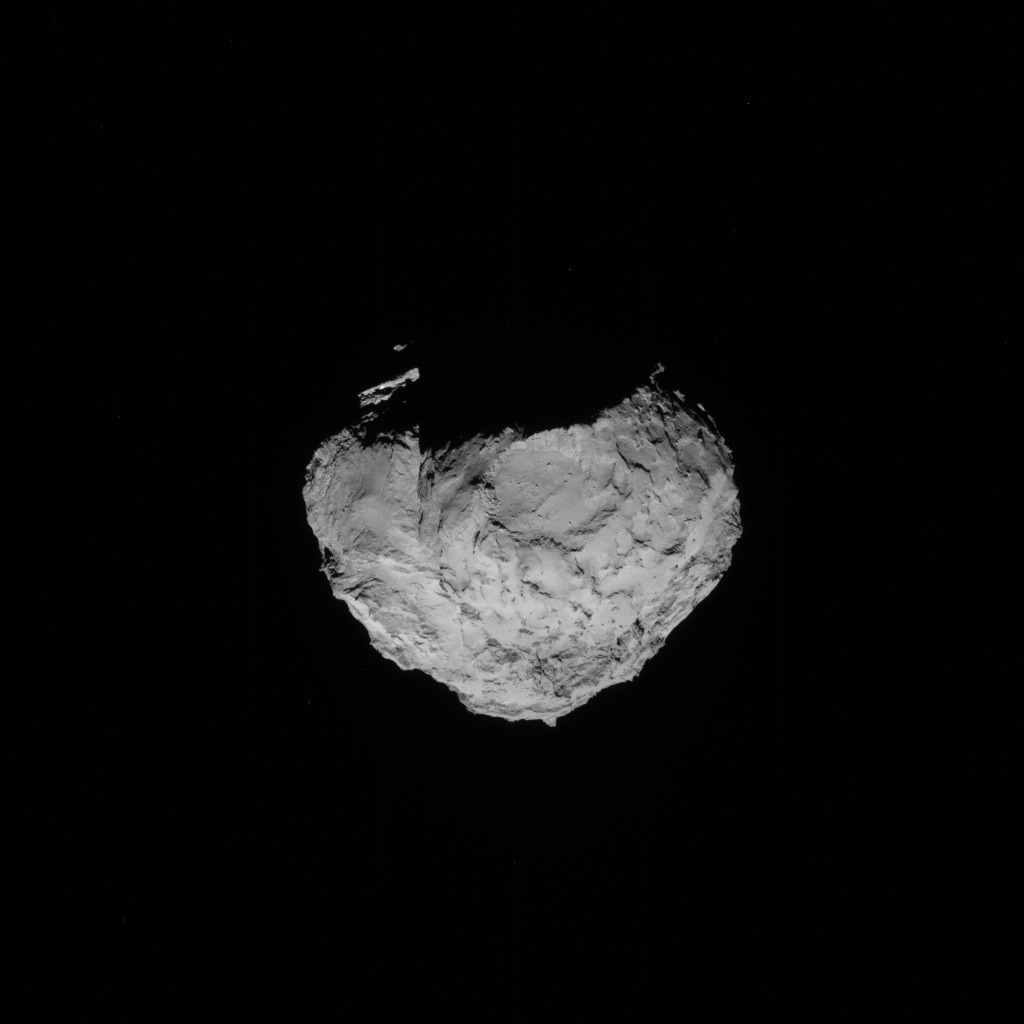 Full-frame NAVCAM image taken on 14 August 2014 from a distance of about 100 km from comet 67P/Churyumov-Gerasimenko. Credits: ESA/Rosetta/NAVCAM