The manoeuvre was triggered automatically by a command stack that had been uploaded on Tuesday. Engineers were able to monitor the event in real time via ESA’s 35m deep-space antenna at New Norcia, Australia.

The Rosetta flight control team can’t say what the precise results were in terms of actual delta-v delivered until Flight Dynamics here at ESOC do a review and orbit determination, which takes a day or so, but if a burn runs for anywhere close to the planned time, then we know it went more or less OK – as it did (see note below).

Next OCM is planned for 18 June; details to follow. 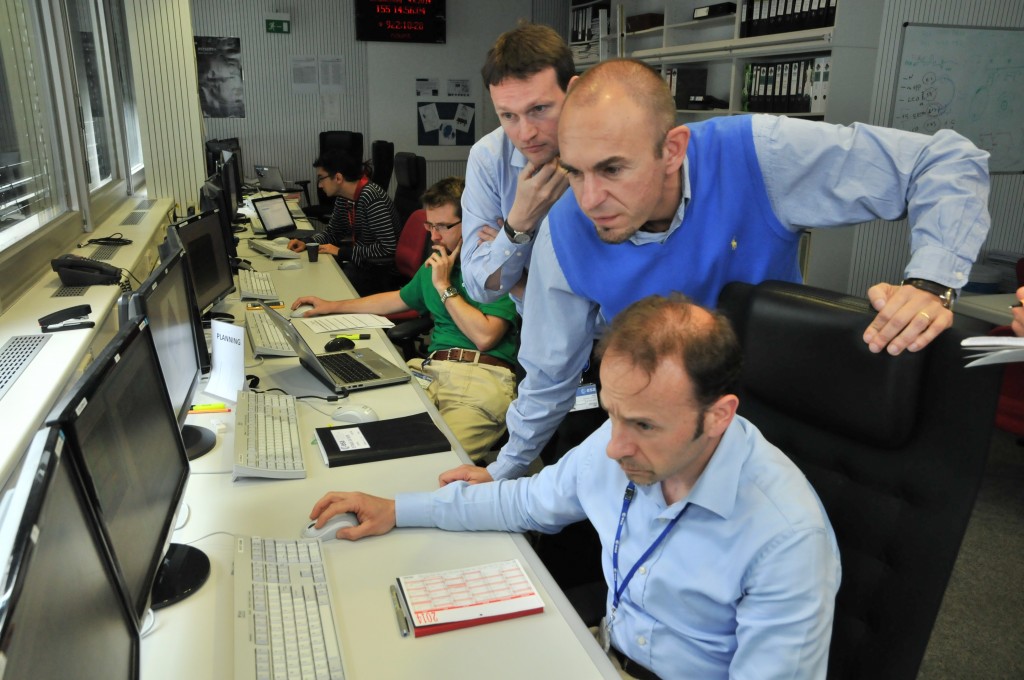 Some of the Rosetta flight control team at ESOC watching telemetry arrive from Rosetta during the second of three large orbit correction manoeuvres on 4 June 2014. Credit: ESA

Note: In fact, this variability in the actual thrust delivered versus what’s planned is one of the reasons why the required orbit corrections are being done in a series of smaller burns. Any variation in one burn can be made up in the next, helping the entire process to be more efficient and optimise the use of fuel.