Hans Nilsson, Principal Investigator of the Ion Composition Analyser – one of five experiments making up the Rosetta Plasma Consortium – describes the challenges encountered during commissioning. 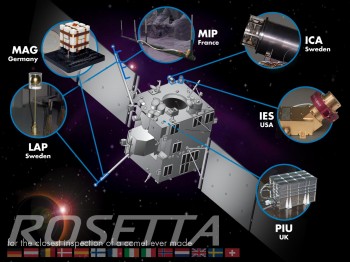 The work started in the fall of 2013, with preparation of the command sequences we wanted to send to our instruments. For instructions that could be fully automatic, this was a rehearsal of the operations that we are now doing routinely for the operation of our instruments. For the two ion instruments, Ion and Electron Sensor (IES) and ICA, some interactivity was needed. Therefore representatives of the two teams went to ESOC in Darmstadt in the week beginning 24 March.
We were all a little bit nervous, but at the same time we knew that our instruments would most likely work fine. Indeed, team after team reported that their instruments worked fine. When the time came for ICA to be tested, the last of the RPC instruments, I was in the control room at ESOC. I was assisted by José-Luis who had guided us throughout the planning procedure. The time for the instrument switch on passed, and we knew that we now had to wait a bit more than half an hour for any signal from the spacecraft to reach us. With only a slight further delay the figures on the data display started to update. The instrument was alive and responding to commands!

We now had a much longer wait ahead of us, for the actual science data to come down from the spacecraft. Once the first data appeared I had to run it through my software. I looked into the files and got a bit worried – mostly zeroes! I had to transfer the data to a server at my home institute and run my plotting software. It turned out that the solar wind signal we were looking for was a bit weak, but at least it was there. At about midnight we repeated the first science sequence one more time. I remained in the control room until I could see that the new sequence had started, and then went to bed. 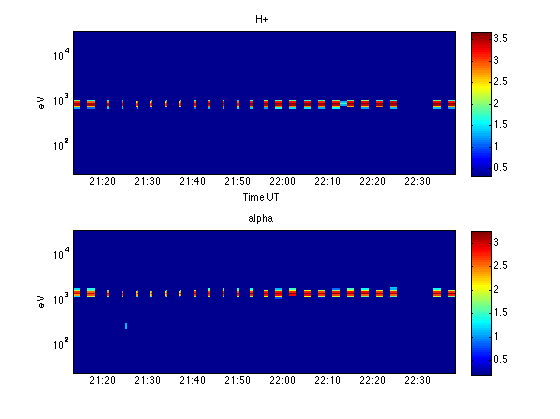 The first thing I did in the morning was to check the status of the last night’s run. It turned out that the instrument had run fine for 4 out of 5 hours, and then suffered what we call a “latch up”. When this happens, a circuit in the instrument starts drawing more current and becomes too hot. The temperature of this circuit is monitored and when the temperature becomes too high the instrument is shut off. This had happened before, but then for a more stressful situation for the instrument. This time we had perfect conditions. This was a bit worrying. Furthermore the solar wind signal had been a bit weak compared to what we expected, though this did not necessarily indicate a problem.

As a standard ESA procedure, after an event like this we were offered a health check of the instrument as soon as possible. It turned out that on 24 April another instrument needed to have sunlight on the side of the spacecraft where ICA is mounted. That meant that we would have a free view towards the Sun and thus would be able to observe the solar wind. We quickly planned a new brief test run of the instrument. The result is as good as we could hope for. We see a clear, strong solar wind signal. We detect both the protons and the alpha particles of the solar wind (the data is shown in the figure above). The intermittency is because of an elevation sweep of our looking direction. We see solar wind only when the looking direction is towards the Sun.

So, finally, we can conclude that all the RPC instruments are working. The latch up event during the initial commissioning is still a concern because such events may damage the instrument, so we will limit the operations of ICA until we reach the close vicinity of the comet.