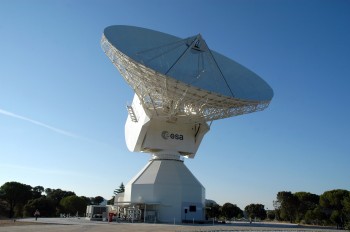 As we described last Friday, the operations team at ESOC are able to continue monitoring radio signals from Venus Express; they can ‘see’ the X-band carrier wave being transmitted from the spacecraft’s high-gain antenna despite the fact that it is not pointed at Earth, although this, too, is steadily dropping off.

Venus Express mission manager Patrick Martin says that the most recent (calculated, not observed) altitude of VEX is now below the lowest ever achieved during the aerobraking campaign, and that loss of signal will most likely occur in a matter of days rather than weeks.