Hot tests of the propulsion system qualification module are continuing at NASA’s White Sands facility. A test on 6 August simulated an ‘abort-to-orbit’ scenario that would occur if the Interim Cryogenic Propulsion Stage (ICPS) is unable to set the spacecraft on its path to the Moon.

Orion would separate from the ICPS rocket stage by firing the thrusters on ESA’s module to move the spacecraft into a safe, temporary orbit. The crew and mission control would then evaluate whether to continue on a different course, or return to Earth. Under an alternate mission, Orion and its crew may still be able to accomplish some of the mission objectives even if the trajectory and the primary mission objective has changed.

During the test, engineers fired the Orion main engine on the European Service Module, in addition to all eight of its auxiliary engines simultaneously. Each of the reaction control thrusters were also periodically fired throughout the test to simulate attitude control and overall propulsion system capacity.

“This was our most demanding test for the pressurisation system, including our propellant tanks, valves and other components,” said Josh Freeh, deputy manager, Orion’s Service Module, at NASA’s Glenn Research Center. “The combined international team has been working towards this test for many months.”

“The tests at White Sands have been very helpful to better understand and operate our service module propulsion system,” said Jim Withrow, project manager for the test article. “This firing was one of a series of tests performed to date and in the coming months to simulate contingency modes and other stressful flight conditions.” 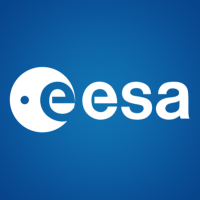