On Monday morning 5 November 2018 the first European Service Module for  NASA’s Orion spacecraft was loaded onto an Antonov An-124 aircraft in Bremen airport and sent across the Atlantic to the NASA’s Kennedy Space Center in Florida, USA.

The module was packed in a custom-built container that keeps the environment inside within acceptable limits for transportation. It will fly via Hamburg, Germany, and Portsmouth, USA for refuelling and customs.

This delivery is a milestone in the module’s journey to the Moon. The European Service Module will be connected to the Spacecraft Adaptor and the Crew Module in USA for further testing before its final flight around the Moon. The first Orion mission, called Exploration Mission-1, will be a test flight without astronauts and will travel farther into space than any human-rated spacecraft has ventured. The mission is expected to launch in 2020.

Designed and manufactured in Italy and Germany, the powerful workhorse is Europe’s contribution to humanity’s return to the Moon, holding fuel as well consumables for the astronauts: oxygen, nitrogen and water.

Radiators and heat exchangers keep the astronauts and equipment at a comfortable temperature, while the module’s structure is the backbone of the entire vehicle, like a car chassis.

The European Service Module was built by main contractor Airbus, with many companies all over Europe supplying components. 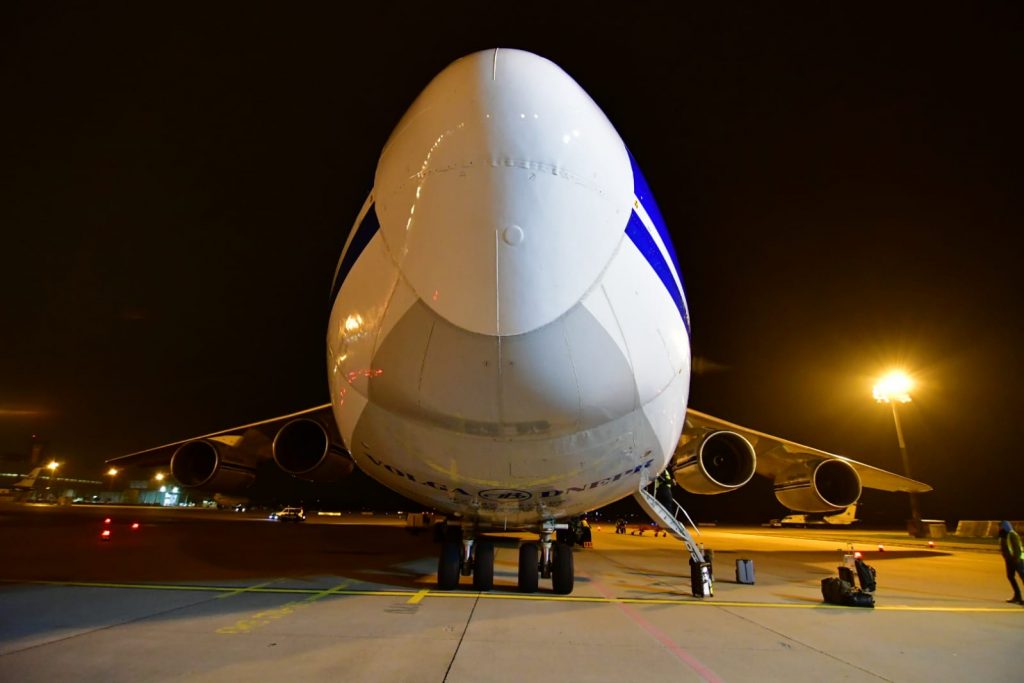