In a series of blog posts based on images taken at the Thales Alenia Space facility in Turin, Italy, we will now have a look at part of Orion’s structure.

This tank bulkhead made of aluminium forms the top platform of the second European Service Module – the one that will fly with astronauts. It is almost 5 metres in diameter.

The bulkhead is a key part of the primary structure providing structural rigidity to the Orion spacecraft much like the chassis of a car. It absorbs the vibrations and energy from launch.

In the middle of the structure is a square opening for cabling, and helium tanks, more on this part in another blog entry tomorrow… 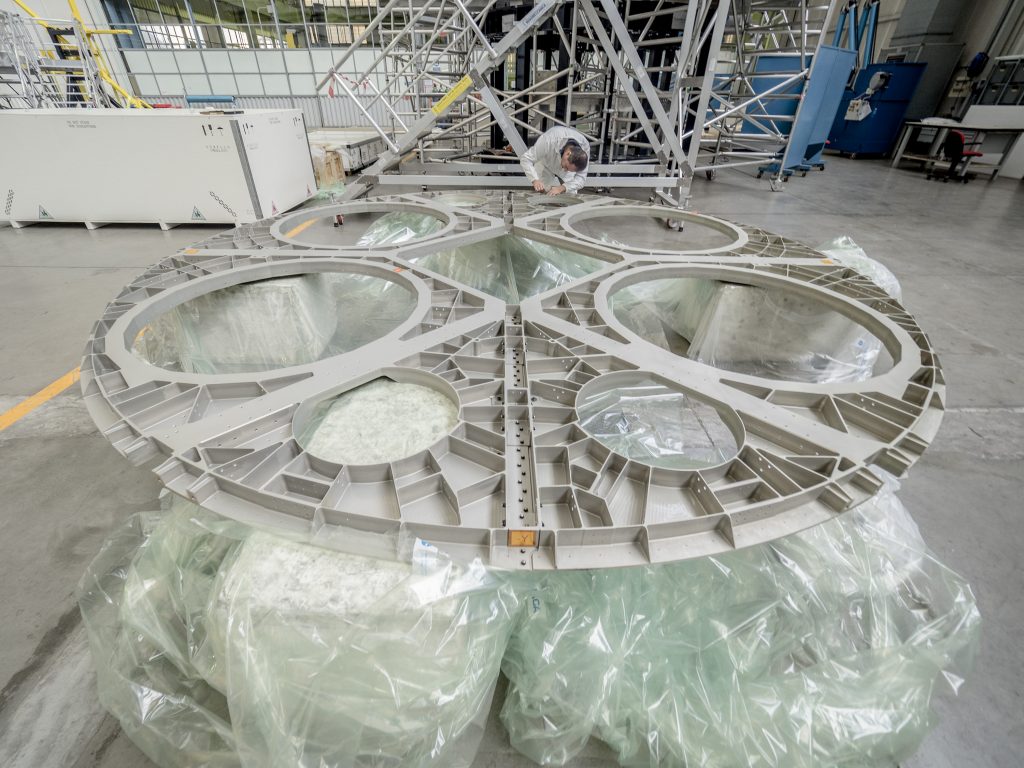