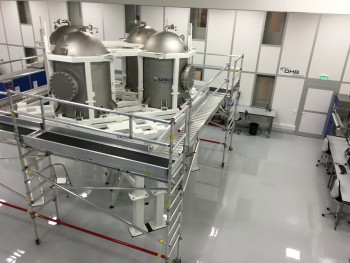 Propulsion Qualification Model (PQM), including the structure and the propellant tanks, ready for the start of integration activities at OHB Sweden.

OHB in Sweden is assembling, integrating and doing initial testing of the European Service Module Propulsion Qualification Model (PQM) that represents the propulsion system for testing purposes. It is much heavier than the final module as it will not be launched into space. It serves an important role in the development of the Orion spacecraft as it allows engineers to show that everything works as planned.

Facts about the Propulsion Qualification Model

Two types of engines totalling 21 thrusters are part of the propulsion system:

The assembly was completed in January in Stockholm, Sweden and the model is packed up and ready for shipment to the White Sands Test Facility in New Mexico (USA).

There it will be tested extensively including “hot-firing” where the auxiliary engines will be fired for real in tests ran by Airbus DS. 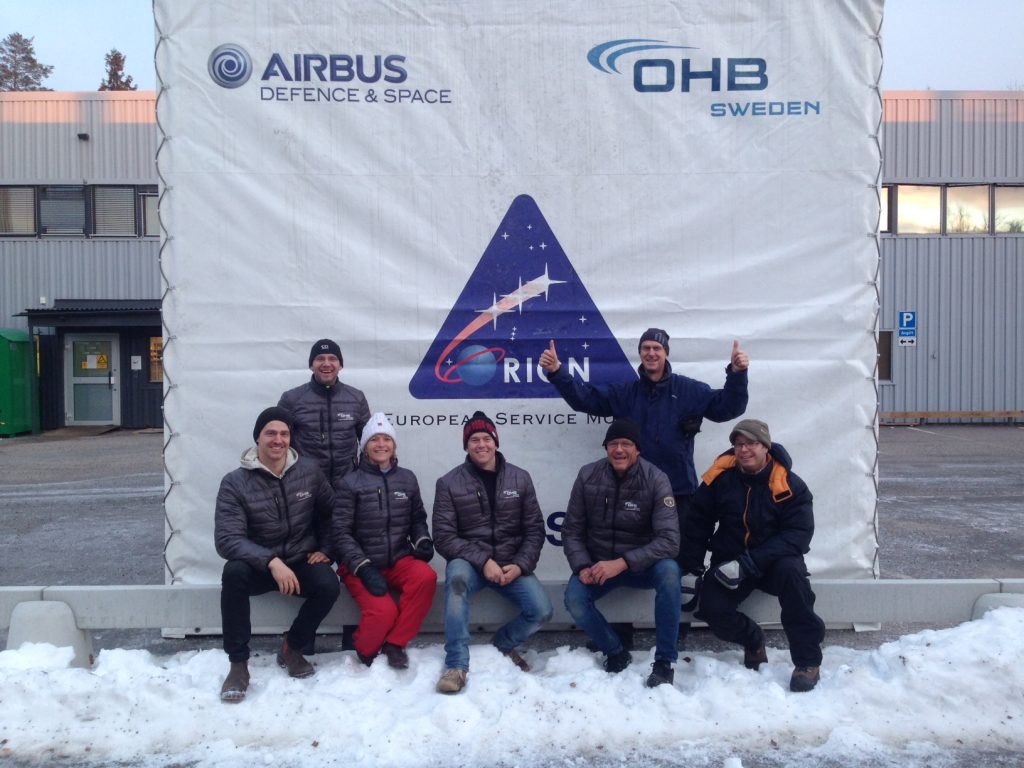