Today’s blog post announces the list of proposals that have met the minimum requirements for consideration as VMC imaging targets.

As of 12:00CET today, the open period for VMC Imaging Campaign proposals is closed.

We are incredibly delighted with all the proposals (44 were submitted!), each of which demonstrated imagination and a real enthusiasm for Mars. Thank you to everyone who took the time to submit.

Of these 44, 25 have met the minimum requirements for consideration. Congratulations to those who made the grade! (The full list is at the bottom of this post.)

19 proposals have been rejected, as they failed to meet the minimum requirements, e.g., were not submitted by a group, or were submitted from someone from an ineligible country. We’ve already emailed some of those proposers to tell the news, but this blog post is the ‘official’ announcement: If your proposal is not in the listing below, then you have been rejected as failing to meet the minimum requirements.

Of the remaining 25 valid proposals, that is, the ones in the list below, we intend to try and accommodate as many as possible, but some may yet have to be dropped. This is not because of your efforts, but instead the decision will come down simply to us having a strictly limited observation period and various restrictions relating to spacecraft safety (see our earlier posts: Why conjunction frees up VMC time and VMC Imaging Campaign).

The next step for the Mars Express team is to assess the proposals that are considered to be the most promising (in terms of requested observation target and proposed group project) and work out how many of these observations we will be able to carry out.

This is precisely what professional scientists face when requesting an observation from any spacecraft!

They submit their requests and the mission planners, flight dynamics teams and flight control teams try to carry out as many of these as possible.

As well as checking if a target is in view and safe to observe, there are other factors that have to be taken into account mostly to do with our ‘budgets’. Now by budget we don’t necessarily mean money – but the analogy is the same – you can only spend what is available. We have many budgets, but the main two in this case are the power budget and the data link budget.

To briefly explain these:

Striking balances between the various budgets  is a big part of what our mission planners have to do and this observation campaign is no different. We’ll do our best but won’t be able to confirm anything for a few more weeks.

Here’s the list of teams that we are going to advance to the next planning stage. Note that some of you have chosen similar targets, or observations that may be combined, which does make things easier from our side. Listing is in no particular order.

Well done to all of you for advancing to this stage and we hope to try and squeeze in as many of these observations as we can!

We are aiming to have the final list of accepted proposals ready to announce within approximately 8 May, and ideally even sooner than that. We’ll update you on planning progress in a couple weeks.

And thanks again to everyone who submitted observation requests. 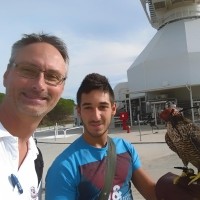