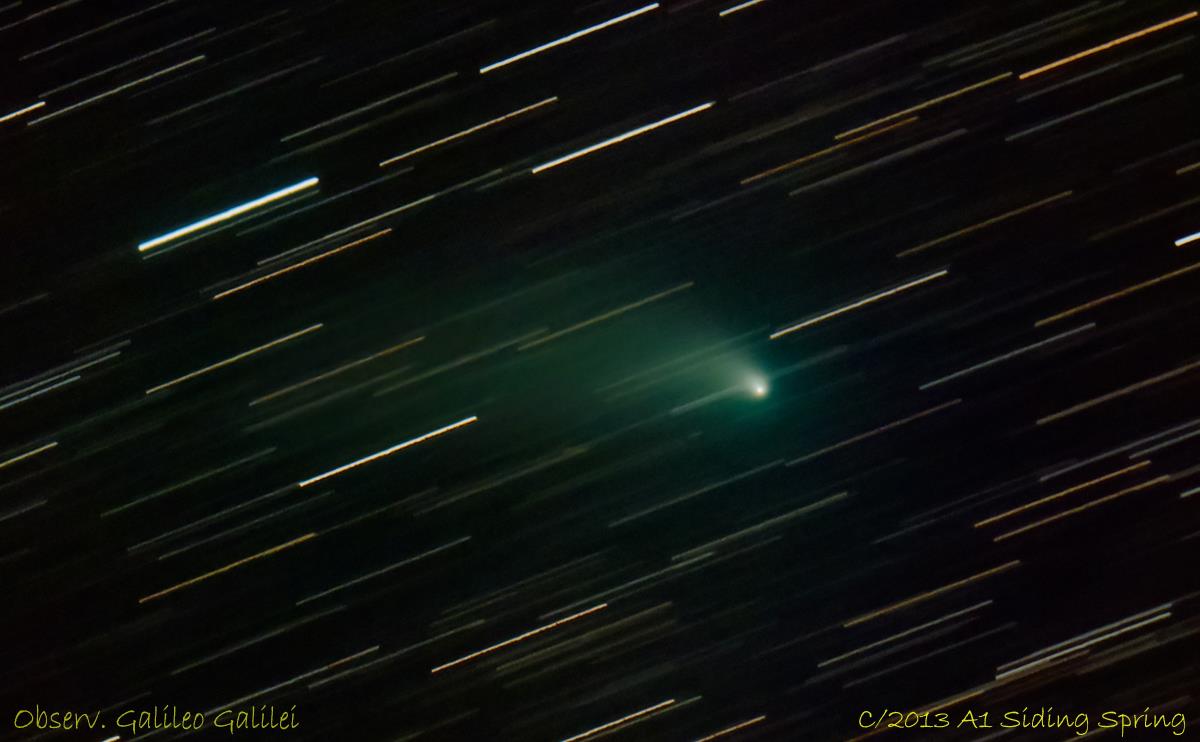 For the Comet Siding Spring encounter this weekend, the Mars Express mission team have decided to not execute the initial contingency plan of pointing the high gain antenna toward the expected direction of comet particles and switching off all non-essential systems. Instead, we will be taking advantage of this remarkable opportunity to perform science observations of the comet – yet with a few precautions.

Siding Spring will pass by Mars at 139 500 km – a little more than
1/3 the distance between Earth and our Moon.

The final decision was made at the beginning of October. As we had two plans ready – one dubbed ‘nominal science’ and one ‘contingency’ – we were able to make this decision close to the encounter date and take advantage of the latest estimates of comet activity.

In creating the weekly observation plan for the spacecraft, several teams and many different factors are involved. Not only do we have to decide on where to point the spacecraft but we also have to take into account the amount of data generated, ground station availability, power requirements, thermal conditions, pointing restrictions and several others. Each of these is a lot of work in itself and trying to have two plans that were as similar as possible kept our mission planning team quite busy. This is why we have to plan everything far in advance.

So, the plan we will use is much like our standard weekly operations, but with a few additional precautions:

We are not expecting to find any problems but rather perform these tests so as to be sure.

Presentation by H. Svedhem, ESA’s mission scientist for MEX, detailing the plans for science during Siding Spring flyby this week and next.

The recording of the workshop features Hakan here: