The journey from launch to docking

ESA astronaut Luca Parmitano is on his way to the International Space Station for his second mission known as ‘Beyond’.

After six hours and four orbits of Earth, Luca and his crewmates NASA astronaut Drew Morgan and Roscosmos cosmonaut Alexander Skvortsov are expected to dock to the Station’s Zvezda service module in their Soyuz MS-13 spacecraft at 00:50 CEST on 21 July 2019.

To reach the orbit of the Space Station, the Soyuz has to climb from its initial orbital altitude up to the Space Station’s altitude (420 km) before joining and staying on that orbit. To do that, it uses a series of manoeuvres. The first of these is known as the Hohmann transfer.

During the Hohmann transfer, the Soyuz must use its engines twice. It uses the first engine burn shortly after launch to leave its initial orbit and move to a higher altitude called the phasing orbit, 370 km above Earth.

The second burn gets the vehicle travelling at the right speed to stay on that orbit. 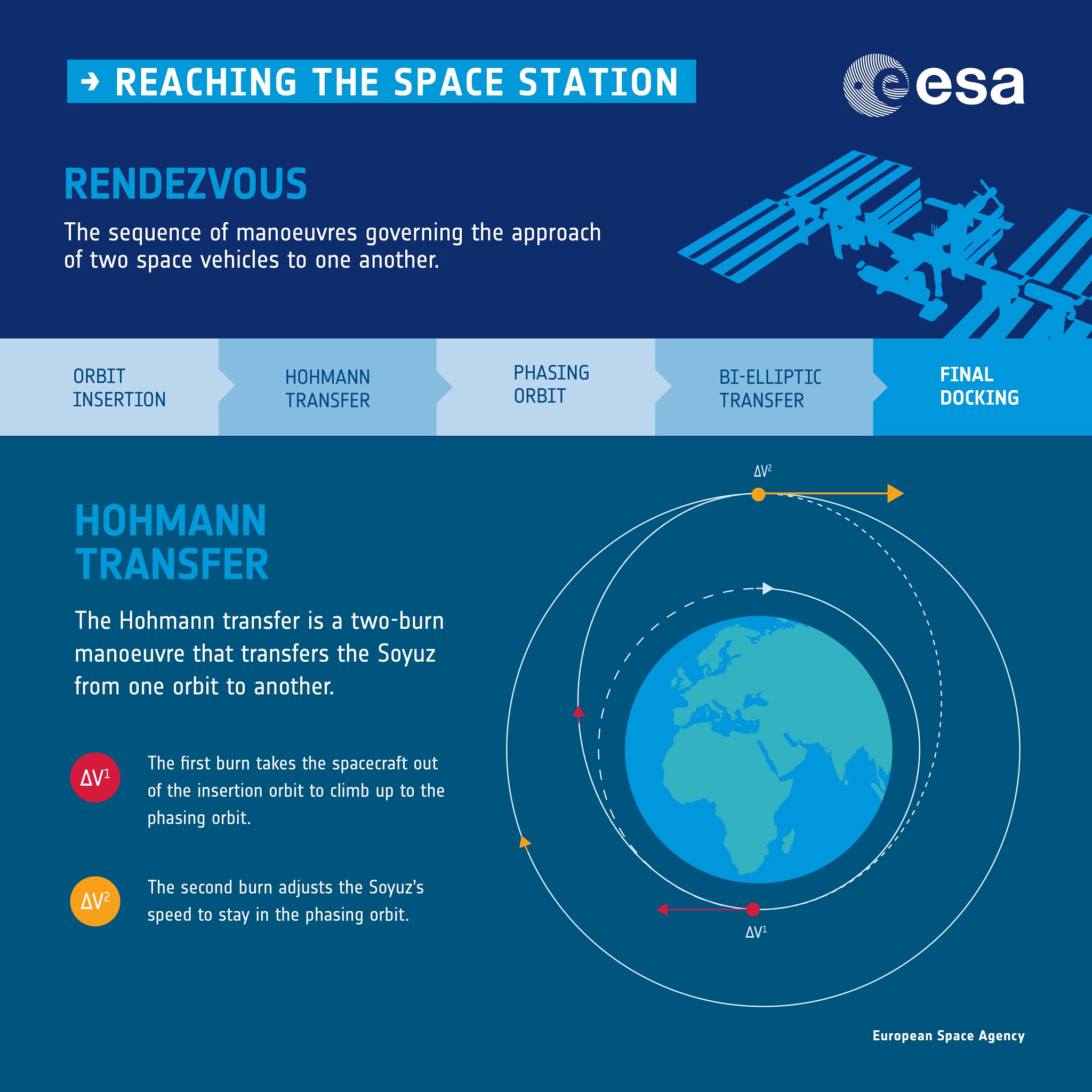 Once the final burn of the bielliptic transfer is complete, a two-step fly around phase begins. 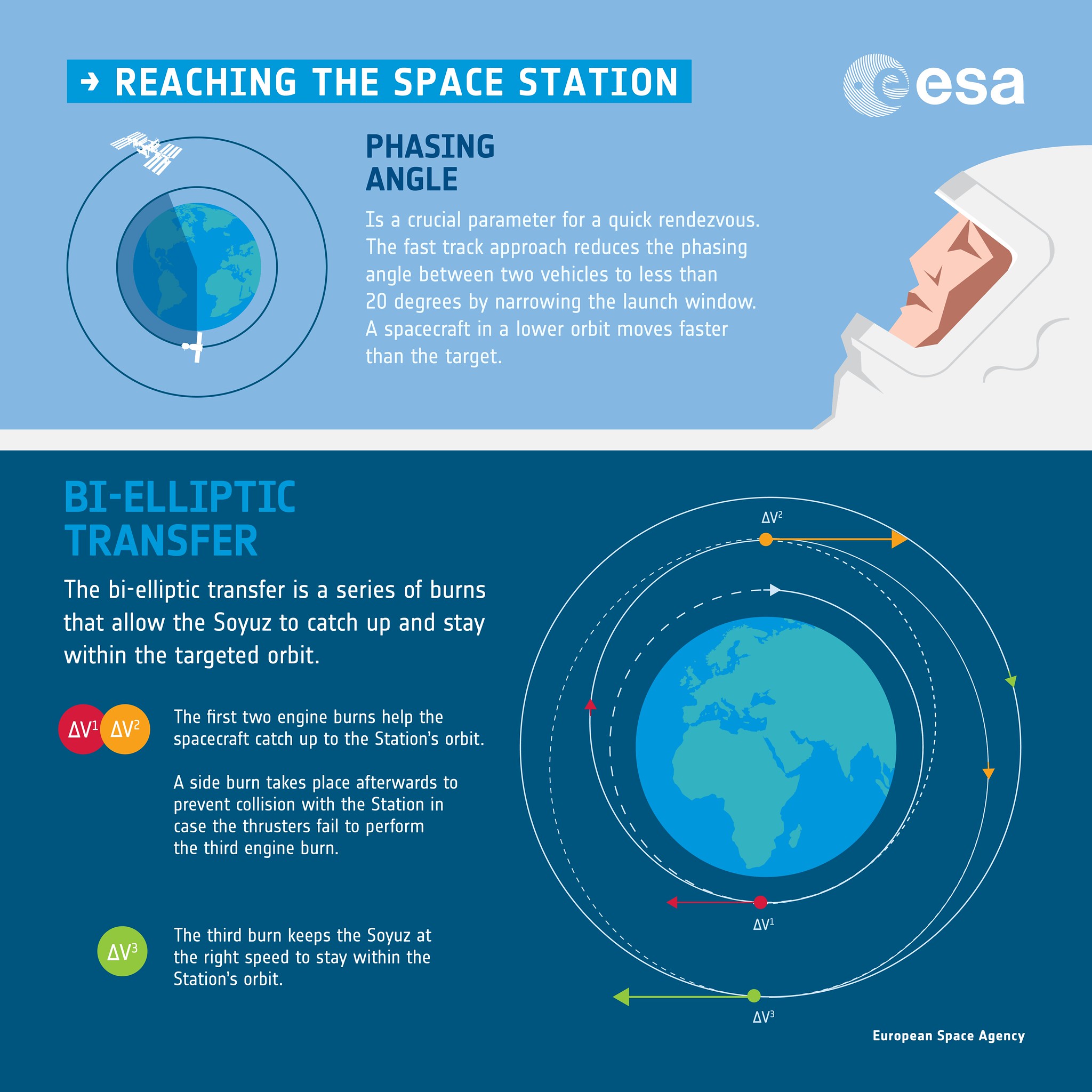 Once the Soyuz is aligned with the correct docking port, the crew issue the command for the final phase – the final approach. 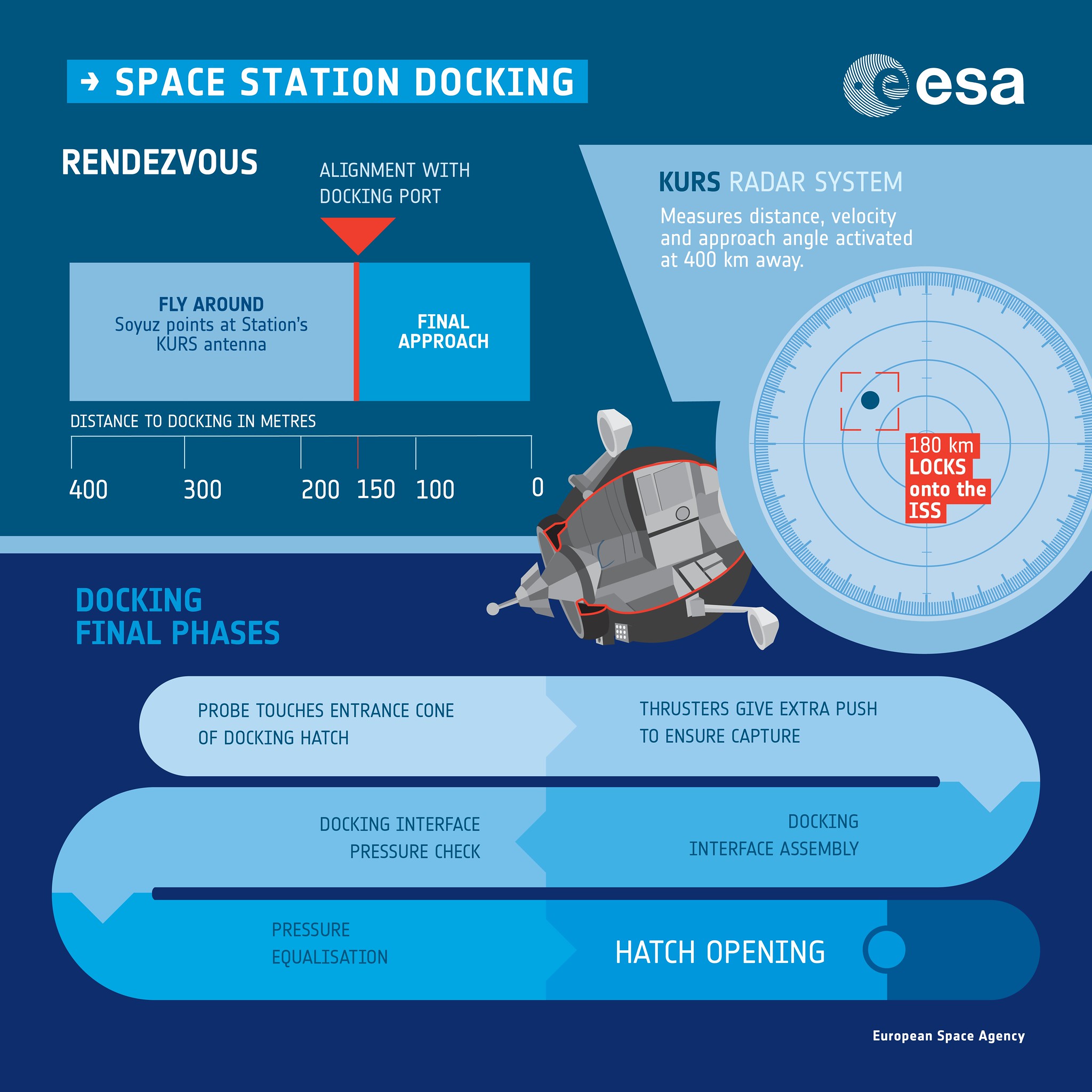 Once in the port, the probe retracts to bring the two vehicles even closer together. When they are only about 2 to 3 mm apart, eight mechanical hooks finalise the connection between them.

After a thorough leak check to confirm the integrity of the docking connection, the hatches of each vehicle are opened, allowing the crew to enter their new home.

Watch the livestream of Luca’s docking and hatch opening here.