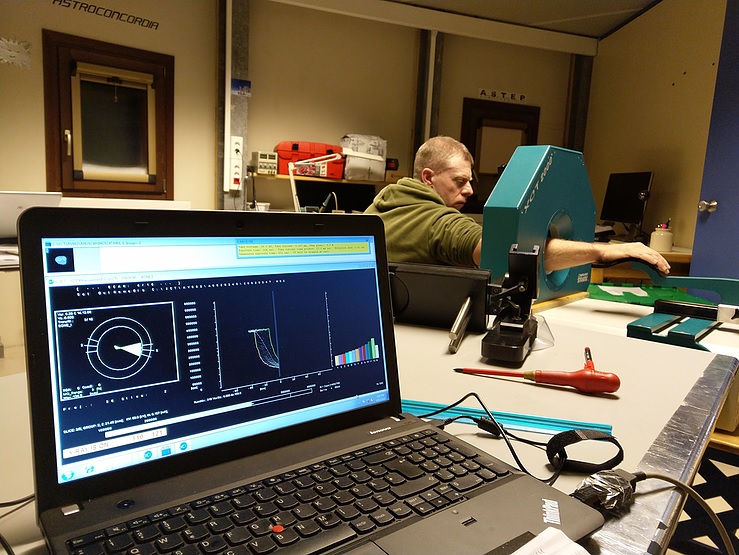 The scanner moves slowly up the arm and back down to the wrist. My subject patiently sits with his arm outstretched at a 90 degree angle and is still just as patient as I move his arm a few millimetres to slightly straighten the wrist.

I examine bones every two months in what is a significantly more comfortable procedure than the strength studies I described in the last post.

Before leaving for Concordia, each participant took a DXA scan, which is a form of x-ray used to examine osteoporosis.

Pictures of the vertebrae in the lower back and the femur are taken, from which you can then calculate how much bone you have in these two places. The result is compared to the average for one’s gender and age, as it varies with both.

We do not have a DXA scanner in Concordia (this test will be repeated when we are back in Europe), but we do have another scanner, called a pQCT scanner, with which we can study bones.

I use it to take a number of pictures of the ankle and wrist, and unlike the DXA scanner, it not only shows you the bones but also specifies the type.

Our bones consist of two kinds of bone tissue: the trabecular, which is the mushroom-like bone in the middle, and the cortical bone tissue, which is the hard shell. The relationship between the two determines how strong the bone is.

Incidentally, the pQCT scanner in Concordia is quite famous. When it was sent to Concordia in 2015, like everything else packed in boxes and subsequently flown, shipped and run over the ice, it partially broke. My predecessor, ESA-sponsored doctor Floris van den Berg from the Netherlands, painstakingly taped it all together – and it still works! My contribution has been to tighten the screws a bit, but otherwise it is functioning impressively.

As I also wrote in the last post, bones and muscles are significantly affected when not subjected to the consistent strain. But while the muscles can be retrained, unfortunately it is not quite the case for our bones. 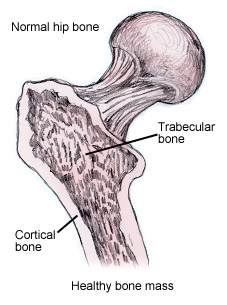 Using DXA scans, researchers have found that astronauts lose approximately 1-1.5% of their bone mass per month (!) when in space. And just like with muscles, bone loss took place especially in those parts of the body that usually carry equal weight. They also found that astronauts lose significantly more of trabecular bone tissue in some of the bones, e.g. femur, and in fact up to about twice the amount of cortical bone tissue.

What happens to the bones when the astronauts are back on Earth? According to bone mass measurements from DXA scans, the bones often return to normal after one to two years, although in some cases it takes longer.

But if you look at the (re)structure, the bones look different than they did before the astronauts spent time in space. Studies of the femur have shown that the head (which connects to the hip socket) becomes larger, but the bone tissue is distributed differently. It is not yet known whether this will result in a weaker bone and therefore the risk of hip fracture.

Bone breakdown also has another side effect, which is often noticed quickly: kidney stones. The calcium that is released from the bones is preferably removed from the body via the stool and urine. But if you are also a little dehydrated or secreting a lot of calcium, kidney stones can form, which can be extremely painful.

As with the muscles, we try to prevent the above. To help fight bone degradation, we use bisphosphonate, a treatment for osteoporosis most often taken in tablet form. Along with exercise and strength training, it has been shown to work for astronauts with good results – and fewer kidney stones!

The body produces a number of hormones that can affect, among other things, our uptake of calcium and vitamin D, which can affect the balance between bone and muscle build up and break down. One of these hormones is cortisol, which most of us know as the stress hormone.

Cortisol is a vital hormone present in all of us, no matter how much yoga or mindfulness we practice. We usually produce the most cortisol in the morning when we need to get started, and then the output drops during the day and is the lowest at night when we are at rest.

Cortisol has a wide range of effects in the body, and if we produce too little or too much, it can be fatal. Too much can cause blood sugar to rise, and in this process can contribute to muscle breakdown. It can suppress the immune system, alter fat distribution in the body and weaken the bones by blocking the body’s absorption of calcium into the gut.

Despite the negative connotations of being the stress hormone, we need it to survive. 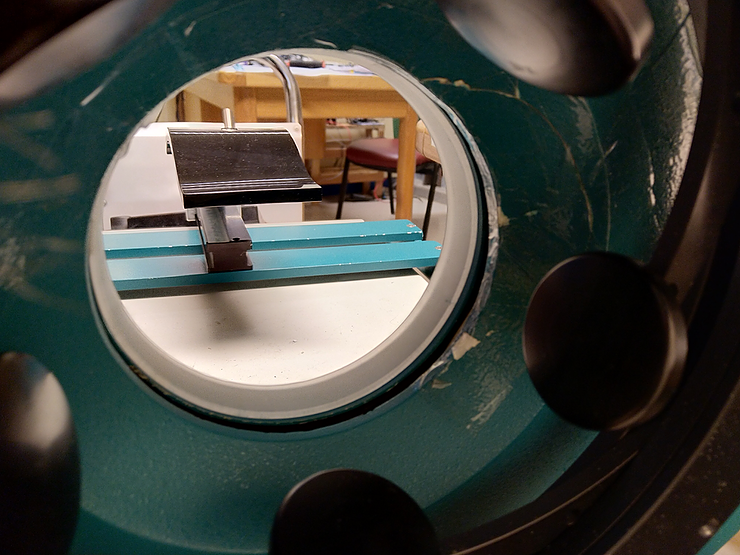 The BoneHealth study tracks cortisol in the monthly blood, saliva and urine tests. Each month, the participants are given a can to collect urine for 24 hours to track how much cortisol is excreted during a day. The blood test, on the other hand, tells us how much cortisol we have in the morning – whether it is higher or lower than normal and whether it changes during our stay in Antarctica.

I should also add here that round-the-clock urine collections are otherwise not nearly as popular as balance tests and bone scans – both with participants and with the person who is supposed to clean the bins afterwards. I have tried to delegate the task, but still unsuccessfully.

Next up – a history of Vitamin D!

LeBlanc A: Bisphosphonates as a supplement to exercise to protect bone during long-duration spaceflight