Half way through their residency in #Antarctica, how are the crew faring with no sun and unimaginable cold? A Miss Concordia pageant helps. 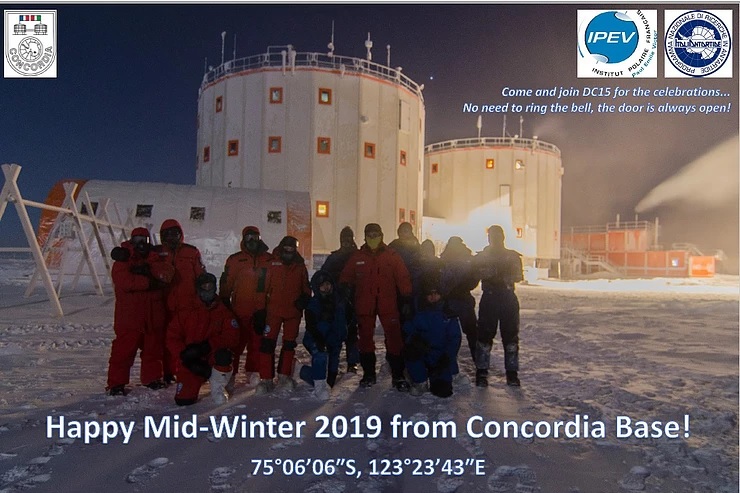 Midwinter – the shortest day of the year. It seems a little absurd to mention it when we have actually had no days for more than a month and a half, but nonetheless, June 21 marked an important turning point. We are over halfway through the winter and well over halfway through our stay at Concordia. Many of us, if not all, feel we have reached a milestone.

The day is also marked all over the continent. Traditionally, the bases send greetings to each other (and dinner invitations, which unfortunately are difficult to accommodate) from Polish, German, New Zealander, Korean, Chinese and American bases – and from one of the Russian bases as well.

In addition, we had a video conference with the French overwinter crew at the Durmont D’Urville on the coast, which was also a fun reunion with some of the people we trained with nearly a year ago. The fact that they were even dressed up (most memorable was a pink flamingo) made it even better.

Midwinter comes with five days off, filled with activities like the traditional crowning of Miss Concordia (where the candidates are all men who are astonishingly proud of suddenly having a handbag under their arm) and a Las Vegas evening where all sorts of bets, scams and begging are allowed. But the first “real” news of next year’s base staff also reaches us.
With that comes the realisation that the end of our stay is near and that time is going very fast, even if you sometimes completely lose the feeling of it here in the dark. 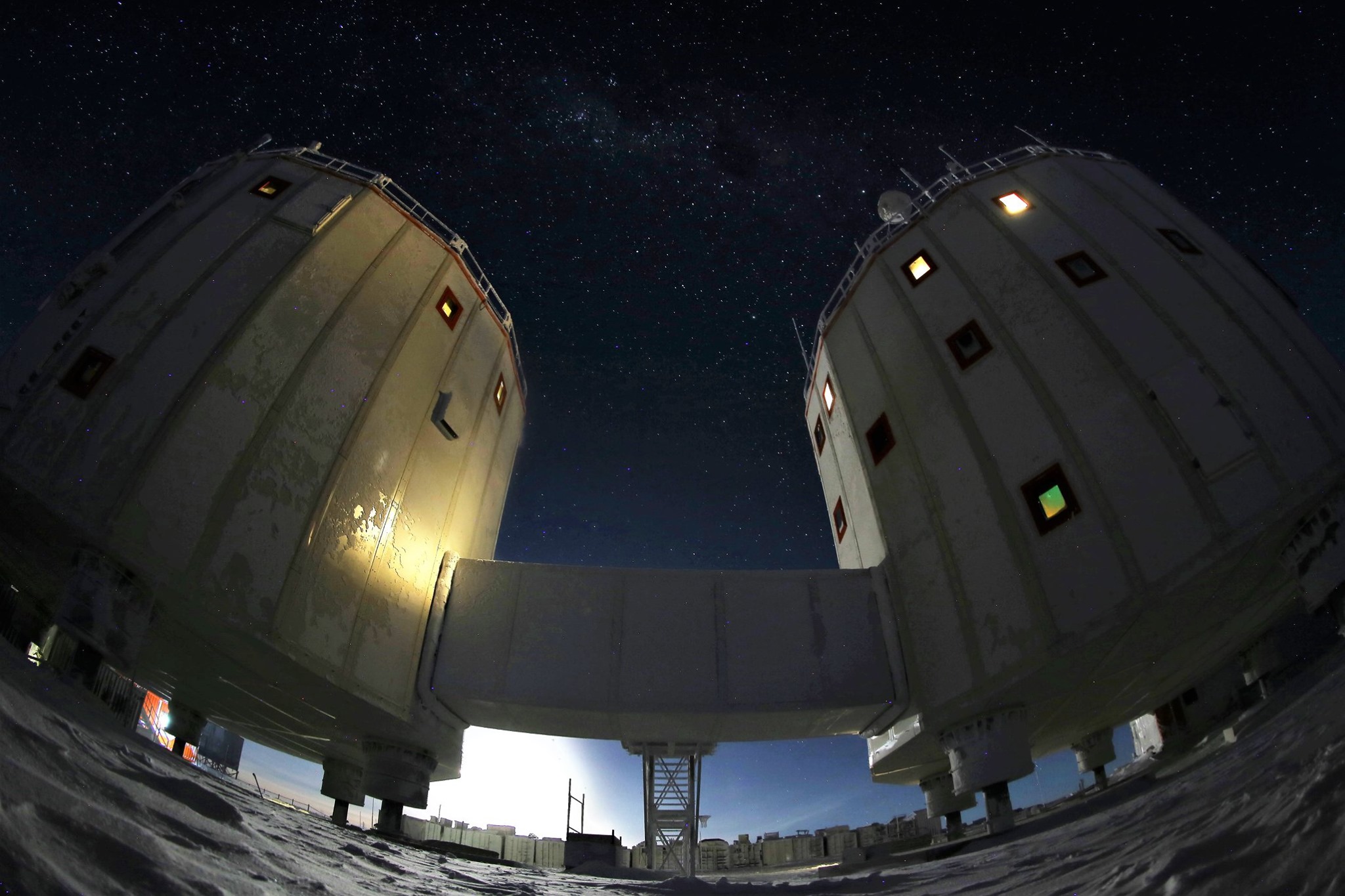 But a little paradoxically, we might also be facing the hardest time, at least if we live up to previous years’ standards. August and September are, by experience, the hardest months to get through – perhaps because there is uncertainty about future work, perhaps because you start to evaluate what you really got out of your stay: did you find what you were looking for?

I can’t help wondering if the next few months will be like the last few kilometres of a marathon – the last three kilometres feel as tough as the first 39 put together, and the whole affair seems like the most feeble one ever undertaken. And it is only when there is a meager 195 metres left that one can again start to see an end (and a purpose) to the enterprise and taste the beer waiting on the other side of the finish line (in the case of Concordia, however, there is more talk about carrots and rye).

But we must also remember that there are just five months left of the stay – five unique months to be enjoyed and experienced, even though not every day offers karaoke and cake baking competitions, like during Midwinter celebrations.

Some of you may be wondering what life is like on the base right now, so here’s a status update:

My immediate answer is that there have been no major changes compared to a few months ago. But in retrospect that is not entirely true. All of us feel some mental fatigue, I think. As previously written, a large part of the group is affected by sleep problems, which can result in shorter fuses, and sometimes you just have to weather the mood in the morning before opening your mouth.
Some have also been influenced by the choice of next year’s crew, where among other things there will be some change in nationality for certain functions (where it has previously been a Frenchman, it now becomes an Italian), which has undoubtedly flared some feelings. But fortunately situations are usually quickly addressed and settled. In general, I think we are good at communicating in the group, although sometimes it requires some speed and confrontation, which can be uncomfortable. Conversely, you (I, at least) learn to breathe and count to 10, 50 or whatever is needed in the situation.

Finally, there are also some who isolate themselves more than before, but none who completely shut down. On the contrary, there is a high degree of tolerance and understanding that people tackle isolation and its challenges differently. More are accepting the idea that we do not necessarily have to be together as a group all the time; whereas in the beginning there was widespread concern when someone didn’t show up for a meal and people were sent out to find them, we now accept that it’s a bit quieter.

Personally, the biggest challenge is the food, which has actually surprised me a little. It wasn’t a shock that after a few months I got tired of the daily pasta, and fortunately there were alternatives. Nor was it a surprise that at some point we ran out of fresh fruit and vegetables; that is also a given.

What surprised me is that I miss a lot of vegetarian food, which apparently is not really part of the Italian kitchen, unless you really love cheese. And I like cheese, but I’ve also learned over the last few months that the nutritional value of food means more to me in the long run than the taste (which probably isn’t apparent to anyone who’s tasted my cooking). This is not something I have given thought to in my Danish life, where it is much easier to have a balanced diet. A little fun observation: when you do not have fresh ingredients, virtually all prepared food becomes very soft. I miss something to chew on! 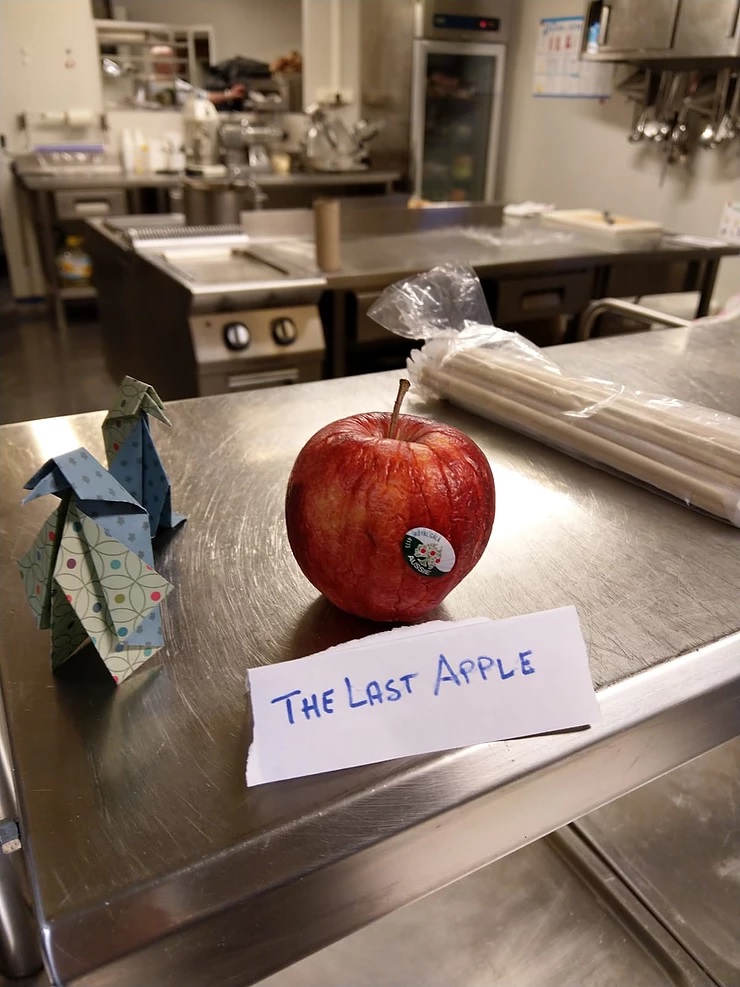 Regarding people’s physical health, there have been cases of minor injuries and light frostbites and only one case of disease where the symptoms resembled a viral infection such as the flu, which is unlikely to be as isolated as Concordia, as viruses require a host to survive and infect. But since we do not have the ability to diagnose here on the base, it has to be largely treated at fingerspitzengefühl (intuition), and it also worked out fine in this case.

In addition, the very dry air still produces runny eyes, itchy skin and scalp, cracked lips. I am looking forward to the end of the daily nose bleed – the lining of the nose also dries out and becomes irritated and causes some problem.

Work wise, life is quiet. The technicians have a little less to do now that it is too cold to work outdoors, but still keep the base going, providing snow for drinking water, getting rid of waste and making sure that the sauna is occasionally heated. The chef has a fixed routine now, after a joint decision in the group was made to have fewer dishes for each meal. This has not only eased his work but also incidentally reduced our water consumption a great deal.

The glaciologists dig snow-graves, take snow samples and maintain their various instruments, and our two extroverted glaciologists also provide much of the festive features on the base. The doctor gives me ultrasound courses, while the meteorologist sends a balloon every day and ensures that the various meteorological and atmospheric experiments run (which can be a huge challenge due to the cold). Our IT man keeps track of us – he registers every time we leave the base, whether we reach our destination and whether we come back again – while enabling our contact with the outside world and ensuring that data is sent and received. The astronomer pulls his hair out over instruments that have not worked since day 1, despite persistent attempts, and tries to improve conditions for next year.

And I follow regular schedules for examinations and tests and am fortunately still so privileged to have benevolent test subjects. Even in June, when the schedule is tightly packed with tests, midwinter is really interesting for researchers.

So all in all, there is very little to complain about and much to enjoy here at Concordia. Even though karaoke nights are never a hit with me. 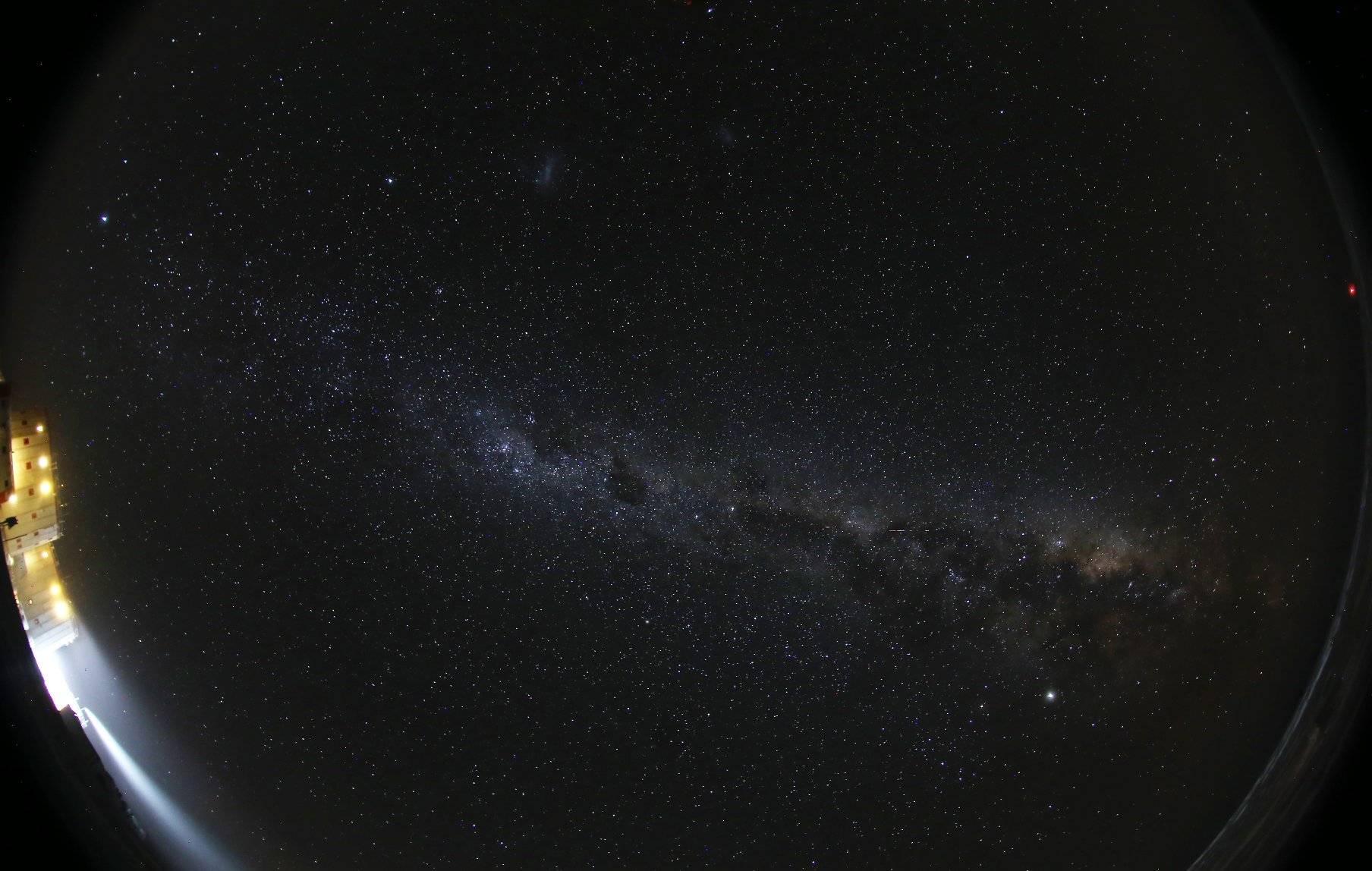