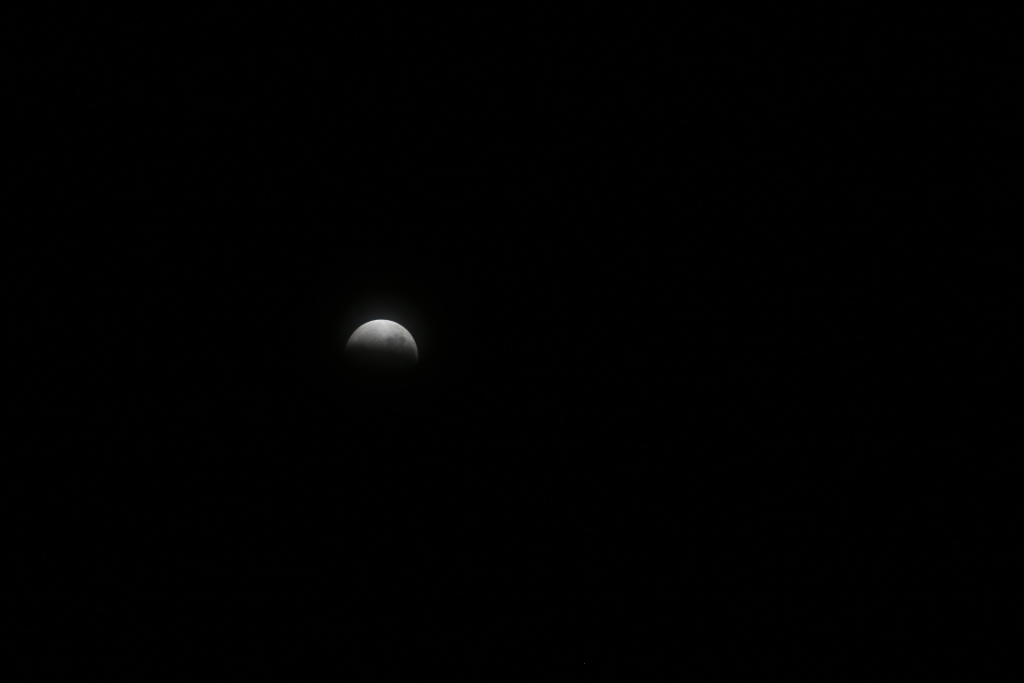 As the world celebrates the first Moon landing 50 years ago this week we were also treated to a partial lunar eclipse visible from most of the globe last night. The Moon is the only place that everybody in the world has seen – it is of course also visible at Concordia station 1670 km from the South Pole.

Although the team living and working in Concordia are spending four months in permanent darkness – the Sun does not rise above the horizon in the Antarctic winter – the crew had to wake up early to view the partial eclipse.

ESA’s research doctor in Concordia station Nadja Albertsen was awake at 05:30 in the morning  (in the obscure Casey Time Standard Time timezone used at the research base) to snap these amazing pictures of the Moon.

Nadja writes: “I’ve sent you two pictures… taking pictures of the Moon is difficult, and you are stuck with my pictures as everybody else stayed in bed. One picture is of the Moon only (d’uh), but there was a extremely beautiful double-halo as well. I tried to capture it, but as it was very faint and the Moon was still pretty bright, it looks like it’s a “simple” full moon on that picture.” 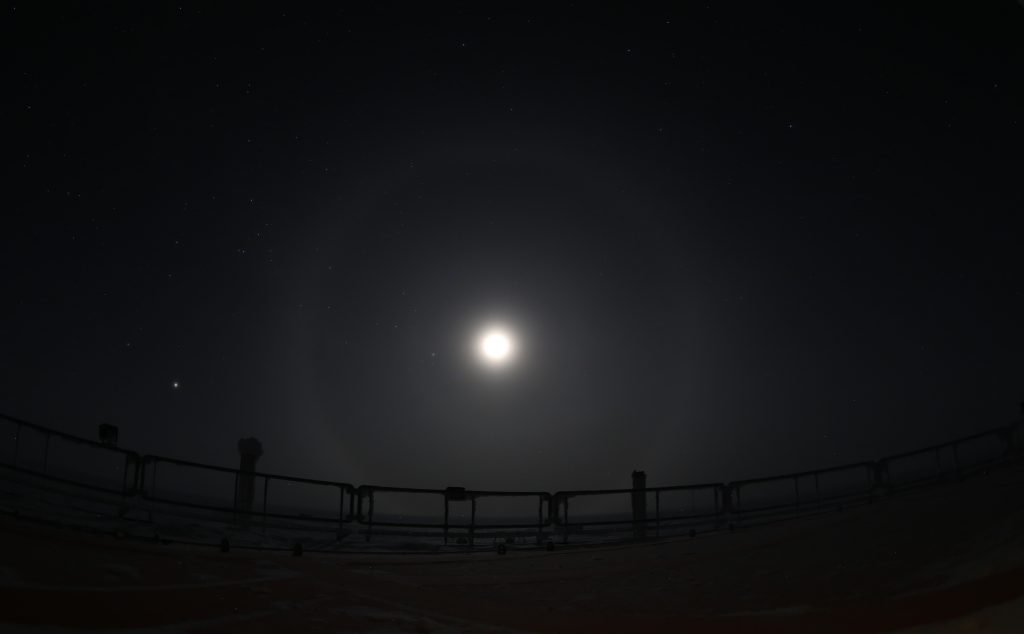 Concordia research station in Antarctica is located on a plateau 3200 m above sea level. A place of extremes, temperatures can drop to –80°C in the winter, with a yearly average temperature of –50°C.

As Concordia lies at the very southern tip of Earth, the Sun does not rise above the horizon in the winter and does not set in the summer. The crew must live without sunlight for four months of the year.

The altitude and location mean that the air in Concordia is very thin and holds less oxygen. Venturing outside the base requires wearing layers of clothes and limits the time spent outdoors.

During the harsh winter no outside help can be flown in or reach the base over land – the crew have to solve any problems on their own.

In addition, Concordia sits in the largest desert in the world. The air is extremely dry, so the crew suffer from continuously chapped lips and irritated eyes.

The inhospitable conditions around Concordia make living there similar to living on another planet. The base is an ideal place to study the effects on small, multicultural teams isolated for long periods in an extreme, hostile environment.

ESA sponsors a medical research doctor in Concordia every winter to study the long-term effects of isolation. Understanding how our bodies and minds adapt to extreme environments will help to overcome the challenges of long flights aboard the International Space Station and beyond, to the Moon.

ESA is joining the international space community in celebrating the 50th anniversary of humankind first setting foot on the Moon and paying tribute to the men and women who took part in this endeavour, some of whom went on to work in later NASA, ESA and international space programmes. Today, ESA and our partners are busy preparing to return humans to the surface of the Moon. During this week, we will focus on the different lunar missions being prepared by ESA and highlight of some fascinating European contributions to lunar exploration.