The Moon in a fjord

In a fjord in Norway, seemingly ordinary rocks caught the eye of a team of European geologists and space savvy explorers to train on lunar rock recognition.

“You may find these rocks on the Moon,” says Pangaea instructor Matteo Massironi about a collection of grey rocks laying on a table, before heading for the Nusfjord, in Lofoten. During a refresher lesson for ESA astronaut Matthias Maurer, he explains that the area shares many geological features with the lunar highlands.

Matthias is already an advanced geology student thanks to his participation in three Pangaea campaigns. Halfway to the top of Nusfjord, Matthias spots an interesting crust rock formation, stops for a moment and takes a closer look.

Jackpot. As his trainers confirm, he has found pure anorthosite, the same type of rock brought back from the Moon by several Apollo missions landing on the lunar highlands. 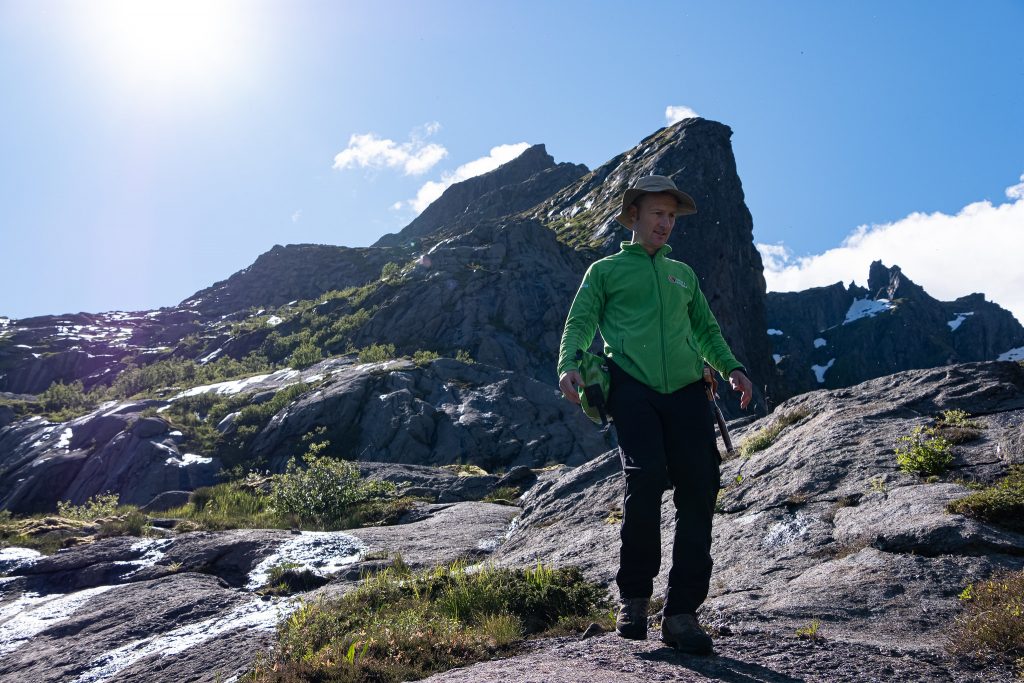 There are two types of terrain on the Moon: the bright, heavily cratered highlands and the darker maria. The highlands are geologically complex, so NASA astronauts from the last three Apollo missions learnt about anorthositic rocks and their genesis at three places in the USA: Minnesota, California and Montana.

Experts says that Norway is home to one of the best samples on Earth. “Anorthosite is very well preserved in this corner of the world. The glacier has polished these rocks for millions of years, and they are beautifully exposed to the trained eye,” explains petrology professor Kåre Kullerud, geologist and currently curator of the Norwegian Mining Museum in Kongsberg.

Kåre is not an expert in lunar geology, but he knows this fjord inside out. He spent four years studying fluid and rock interactions in the area for his thesis. “It is crucial for astronauts to keep their eyes open. Knowing the story behind these rocks can transport them to the Moon,” he says. 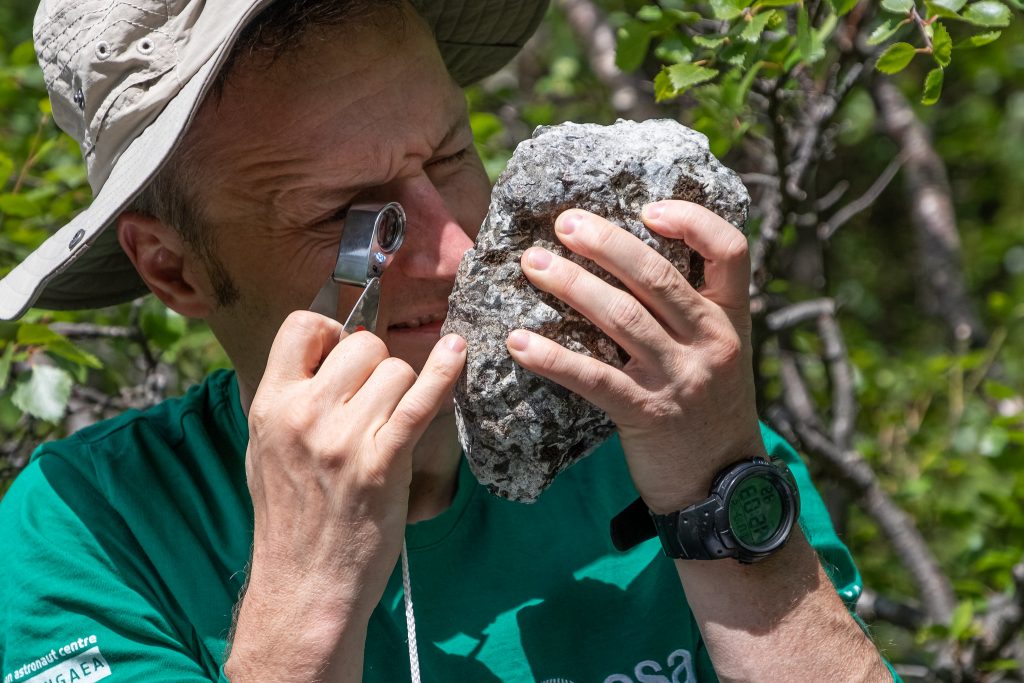 The Arctic summer is chilly, but guarantees 24 hours of light to aid exploration. This is the first time Matthias scouts the dramatic scenery of a region that has nothing to do with the latest Pangaea locations in Lanzarote, Spain, or the Bletterbach canyon in Italy.

It is not Matteo’s first time though. Drawing book always at hand, Matteo knew about Lofoten while working on Europe’s first mission to Mercury, BepiColombo. “Not long ago Mercury was thought to have a surface of primordial crust, and these fjords were a targeted area to study,” he explains.

Later on scientists revealed the volcanic nature of Mercury and this ‘hard rock geologist’, as he defines himself, put Lofoten at the back of his mind. 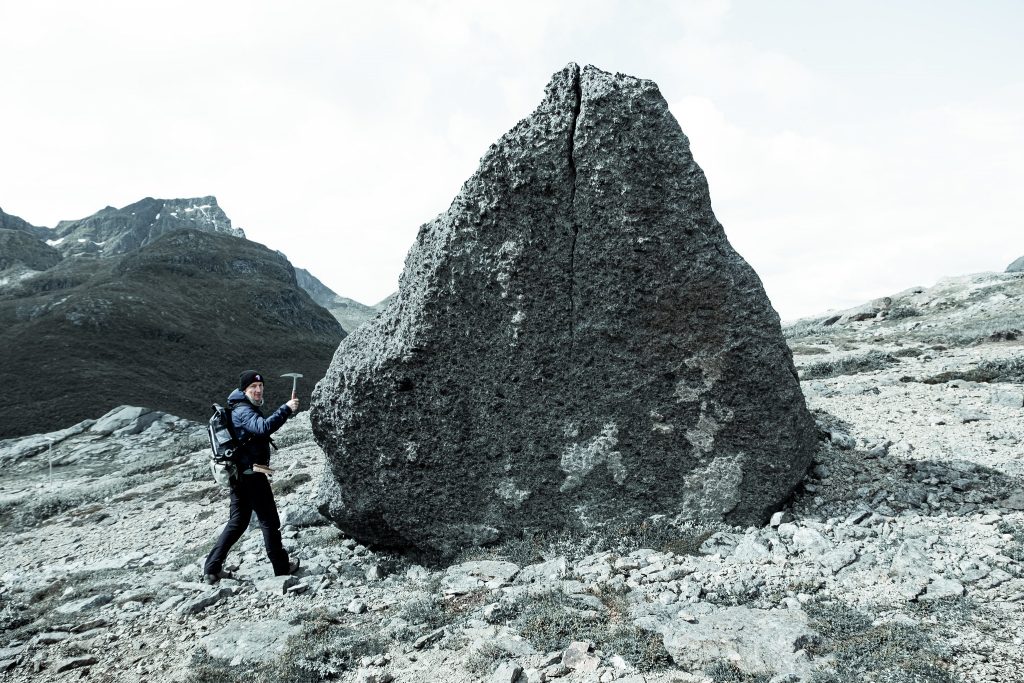 Anorthosite remains an interesting material for Moon exploration, and is making a comeback to the spotlight with Pangaea. Lofoten has one of the best showcases of this rock on Earth.

Scientists believe when the Moon was formed it had a molten magma ocean, the first rocks that formed from the magma from those early stages of lunar formation are similar to the almost pristine samples found in the Lofoten islands.

About 420 million years ago tectonic movements brought the peaks in Lofoten 50 km into the mantle, below a mountain chain higher than Mount Everest. The mountains rose back to the surface 250 million years ago.

“What we find here today is extraordinary evidence of dramatic transformation,” says Kåre.

One step closer to the Moon, the Pangaea course reinvents itself with this new area to be added to the field training campaigns. 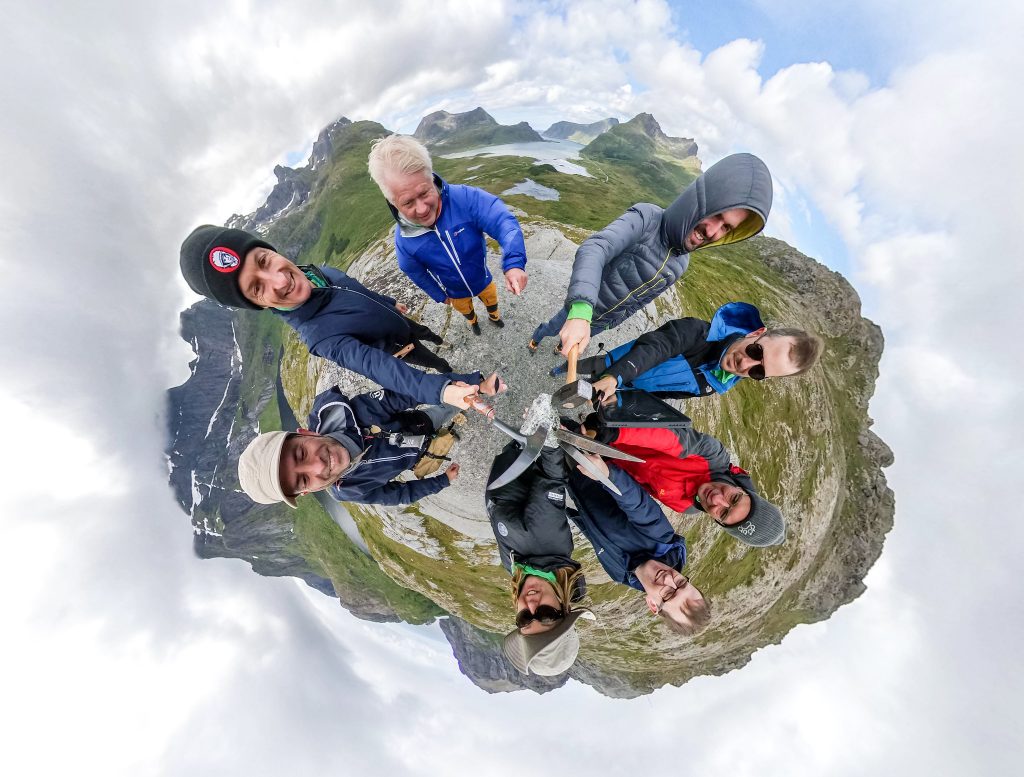