The sculptors of space exploration

Some of the most relevant geological information is hidden inside the rocks. During the latest PANGAEA-X campaign engineers, scientists and an astronaut teamed up to test the performance of a robotic hammer that could one day be part of a Mars rover. SPLIT is a novel instrument that breaks a rock target to expose fresh surfaces for the search of life. Lead investigator John Holt discusses this novel approach to space exploration.

The exploration of other worlds is often described as being paved with rocks. The major space agencies have designed some of the most sophisticated robotic technology to undertake that endeavour. The internal sampling of rocks on another planet yields some of the highest value science return for a mission, but this presents many challenges, such as cost, mass, risk and power. The technical complexity in space systems engineering tends to drive the science investigation rather than the science dictating the sampling.

PANGAEA provided the opportunity to address some of this concern with the testing of a new instrument called SPLIT (Small Planetary Linear Impulse Tool) in the volcanic landscapes of Lanzarote, Spain. Our technique favours sample preparation, an approach that is more akin to a geologist’s hammer cleaving a rock surface rather than drilling or grinding a rock.

A 3D peek inside the robotic hammer. Credits: University of Leicester

This 3D animation of the SPLIT mechanism shows how the high-energy impulse is generated inside the device. A motor stores potential energy in a machined spring which is then released by a helical cam that impacts the ‘hammer’ part with the ‘anvil’, just like a sculptor hitting cold chisel. Because most rocks are brittle in nature, the accumulation of multiple small impulses causes the rock to fracture in the same way that vibrations from driving a car will eventually cause a chipped wind shield to crack or shatter. 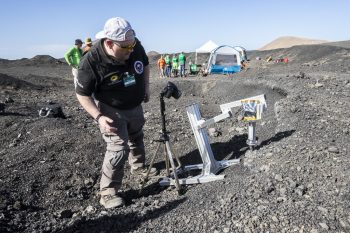 Technology enables scientific investigations inside a rock and scouting from one place of interest to another. The geological context is crucial, but selecting a target rock as part of the mission objectives is greatly hindered by billions of years of surface weathering and the ubiquitous presence of dust. The relatively simple process of identifying the right rock type in the first analysis becomes a challenge.

On Mars, for example, rock surfaces that are relatively dust-free have a great importance for the Mars Science Laboratory in NASA’s Curiosity rover. The characterisation of exposed, dust-free surfaces showed which rocks formed in a shallow, vigorous, fluvial environment.

A second generation of astronauts must exploit 21st century innovations that have emerged since the Apollo era to pursue human space exploration. The PANGAEA astronaut training in the field is of vital importance to facilitate controlled and expert training for the next “small step”. 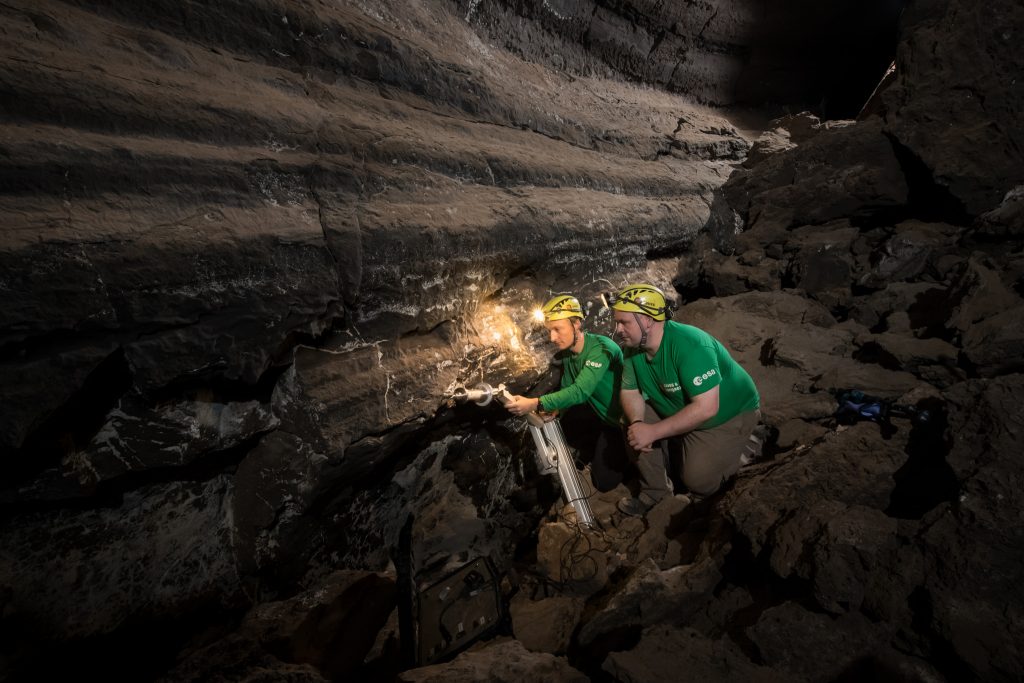 SPLIT in action inside a lava tube. Credits: ESA–R. Shone