Taking Astronauts to other Planets. On Earth. 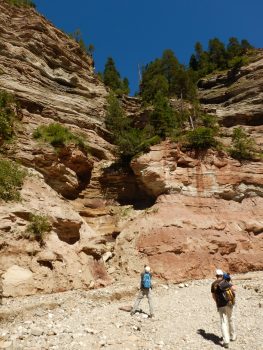 The training course is part of the Basic or Pre-assignment Training of European Astronauts.

Pangaea is designed to provide European Astronauts with introductory but very practical knowledge of Earth and comparative Planetary geology processes and products, to prepare them to become effective partners of planetary scientists and engineer in designing future exploration missions, to impart them solid knowledge of current understanding of the geology of the solar system from leading European scientists. Pangaea also is the first step in preparing European Astronauts to become effective future planetary explorers during future planetary missions, enabling them and their science advisors on ground to effectively communicate, using a common, yet geologically correct language, aiming at achieving a fast and fruitful decision-making process in selecting scientifically relevant sampling sites. 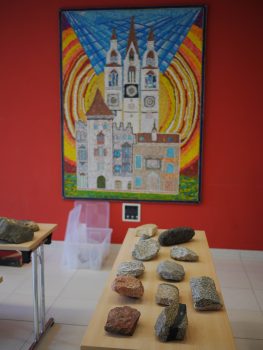 Pangaea also enables Europe to develop future operational concepts for surface planetary activities, where humans and robots will need to effectively cooperate, amongst themselves and with ground scientists and engineers, making the best of Earth field geology and Planetary remote observation techniques.

Our objectives? To enable Astronauts to attain a basic knowledge about geologic processes and environments on Earth, Moon, Mars and Asteroids, to develop observational and decisional skills in identifying prominent geological features on field, conducting efficient sampling and report correctly to the ground, and to describe the most important geologic environments that could host extra-terrestrial life.

For the 2016 edition of Pangaea we will have selected a very special training crew. They are all cavenauts, but that’s not all:

Just like an ideal three-men crew for a lunar mission, don’t you think? A pilot, a system engineer and a mission scientist.

For Pangaea we put together a fantastic instructor team. A very international team of lead European planetary scientists, all currently working as scientists for ongoing ESA and NASA robotics missions. I can’t stop thinking how much of a privilege it’s been to work with them.

We’ve spent the last few weeks going through the lessons, field trips and exercises to get the course ready.

CISAS is the main contractor providing coordination amongst scientific institutions and contracting instructor scientists, as well as organiser of the course logistics 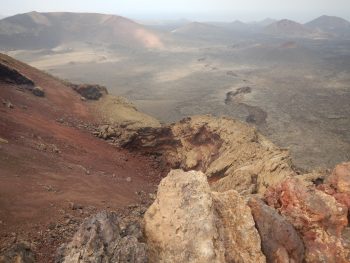 We have also established collaborations with the Cabildo & Geopark of Lanzarote , the Timanfaya National Park  and IGEO , which have allowed us to literally “boldly go where FEW have gone before” (I could not resist, it’s #StarTrek50 as I write this).

It’s going to be a blast. Luca, Pedro and Matthias can’t wait to get there.

We’ll be starting the first session, the Planetary Geology Introduction on Saturday, September 10 in Bressanone, Italy.

The next session, the Geology Field Training, will be in Lanzarote, Spain at the end of October.