Earth scientists have been busy investigating the Himalayan Barun glacier, adjacent to Mount Makalu for ESA’s Climate Change Initiative. They form part of the 12-strong Makalu Climate Climb team, which is also supporting an attempt to summit the mountain by Sweden’s Carina Ahlqvist.

Although the Barun glacier can be observed using satellites, the expedition provided a unique opportunity to get boots-on-the-ground at this remote location and supplement ESA’s climate investigations.

Research activity is focused on helping to reconstruct how the glacier’s extent changed in the past. This will assist researchers to determine and better understand the impacts of climate change on its future evolution.

Franz Goerlich (left), Carina Ahlqvist and Laura Büchler at Makalu base camp near the Barun glacier

Franz Goerlich and Laura Büchler from the University of Zurich, visited geological features called moraines, which are formed by the glacier in the past as it grew and moved through the Barun valley. These ridges comprise rock debris left behind as the glacier has receded from its maximum extent.

The age of the moraines at the Barun glacier is unknown even though several are visible using high-resolution optical satellite images. It is speculation, but they could be several thousands of years old. Sampling these rocks will help to date the deposition of the moraines and provide valuable information about the glacier’s past.

Dating rocks
The ancient moraines of Barun glacier have been deposited on a comparably flat terrace directly above the Makalu base camp. Franz and Laura, with the help of the expedition team, will select larger boulders and collect rock samples from them, noting their GPS coordinates, and taking about 50 measurements from each rock using an instrument called a Schmidthammer. This tool gives a quick test of the rock strength as a proxy of how long it has been exposed to weathering. The weaker its surface the longer the exposure time and therefore providing an initial value as to when it was deposited. 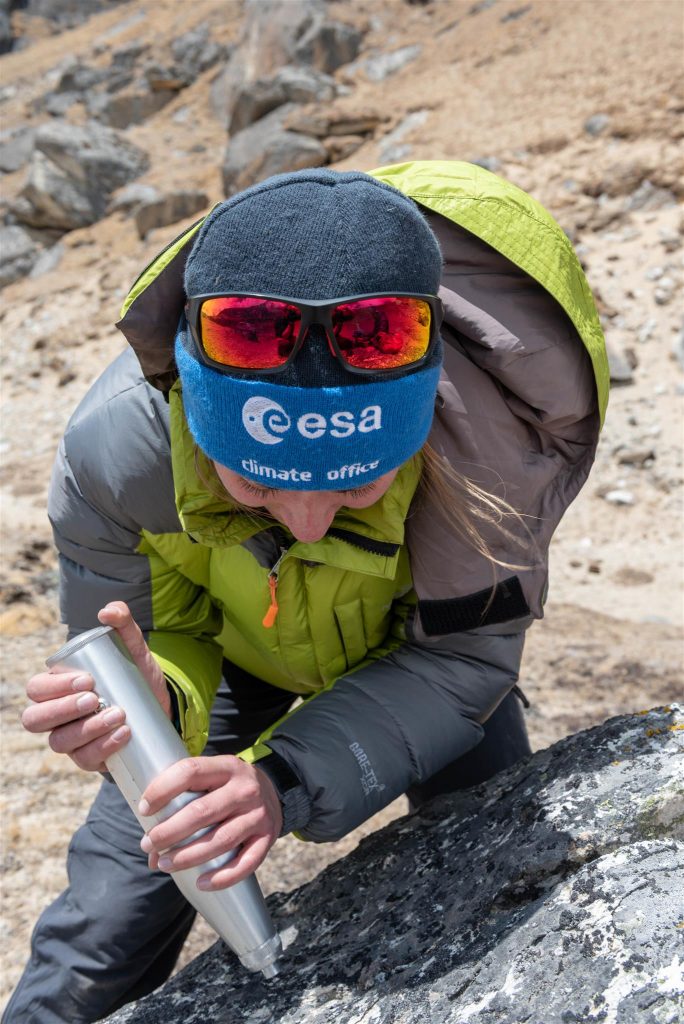 Laura Büchler, University of Zurich, assesses rock strength at a moraine of the Barun glacier.

Once back in the laboratory, Laura will assess when the rocks forming the moraine walls were deposited by the glacier using a dating technique based on the fraction of radioisotopes in quartz. This will provide important insight as to the glacier’s historic variability and its response to past climatic changes.

Calibrating satellite data
The research team, having taken their measurements and samples, wish good luck to Carina Ahlqvist who is now climbing to Makalu’s advanced base camp. After a period of acclimatization she will make her attempt to be the first Scandinavian woman to summit Makalu.

During acclimatisation however, the research will continue! Carina will perform thickness measurements of the rock debris known to be covering a tributary of Barun glacier. This information will allow researchers to calibrate thermal satellite data and extrapolate these measurements across the glaciers entire surface. In doing so, glaciologists working on the Climate Change Initiative will be able to provide more accurate models of the glaciers energy and mass balance.

Good luck Carina. We hope to hear from you soon. 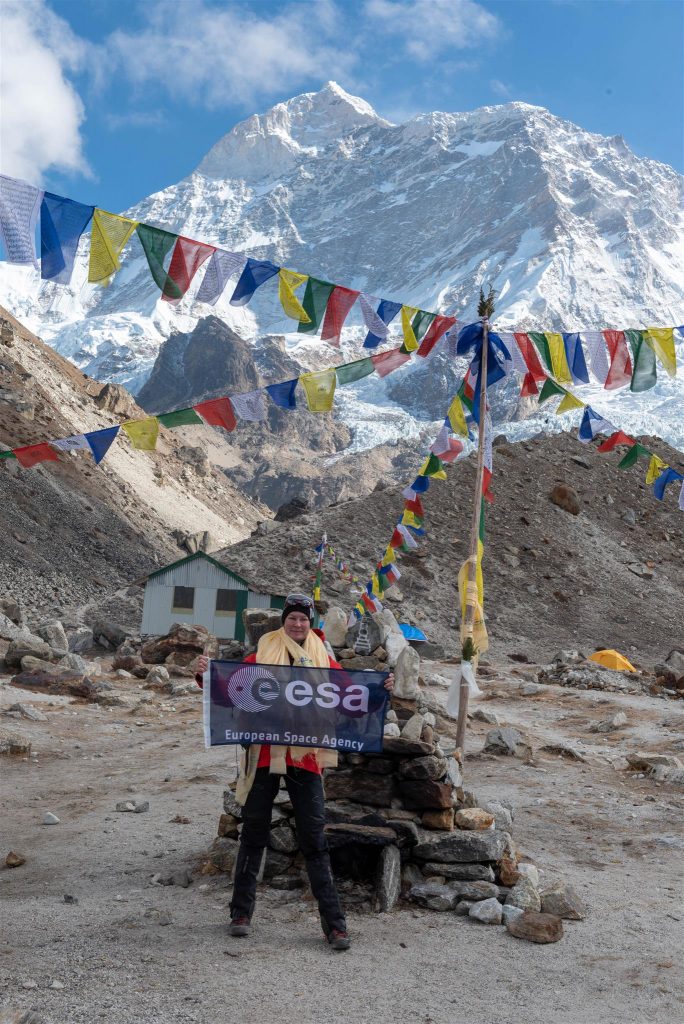 Sweden’s Carina Ahlqvist prior to her attempt to be the first Scandinavian woman to summit Mount Makalu.