CRYOVEX and KAREN: Final flurry brings campaign to an end

All good things must come to an end – and so it is with the part of the CryoVEx 2017 campaign that has been based in CFS Alert in northern Canada, the 82–88°N sea-ice campaign. And, as is often the case, the end of the campaign has been pretty hectic.

After a down day on Good Friday when the airfield was closed, and a down day on Saturday due to weather, the personnel at CFS Alert kindly agreed to open the airfield on Sunday and on Easter Monday! We tried to get to Sites 1 and 4 on Sunday, but couldn’t find a suitable place to land because the weather was poor and the light was ‘flat’. We ended up landing close to Site 3 and although we had a few issues on station, overall it was a successful day.

Christian Haas studying the ice from the Twin Otter as we fly to Site 10. (J. Beckers)

We received permission to fly again on Monday, but all of our sites were completely covered by cloud. Luckily, the BAS Twin Otter carrying an airborne laser scanner and the Ka-band radar altimeter had already done some flights to the northeast a couple of days ago so we had completed two sites, one at 84.8N, 47.8W and another at 83.2N, 53.9W. These data are also in the area of airborne surveys done at the end of March with AWI Polar 5, NASA Operation IceBridge and DTU.

Yesterday was our longest day.  We flew all the way to Site 10 at 87N, 91W and Site 9 to the southeast. Flying over the sea ice is always enjoyable for a sea ice scientist, while it does tend to look much the same after logging as many hours as we have this trip, there is always something to see.

We were expecting some winds on site and we were not disappointed. However, once again we were treated to some beautiful skies, two parhelic halos with sun dogs visible on the inner halo and a light pillar below the Sun. Though my camera lens is not wide enough to see the entire view, this photo shows one end of both halos. 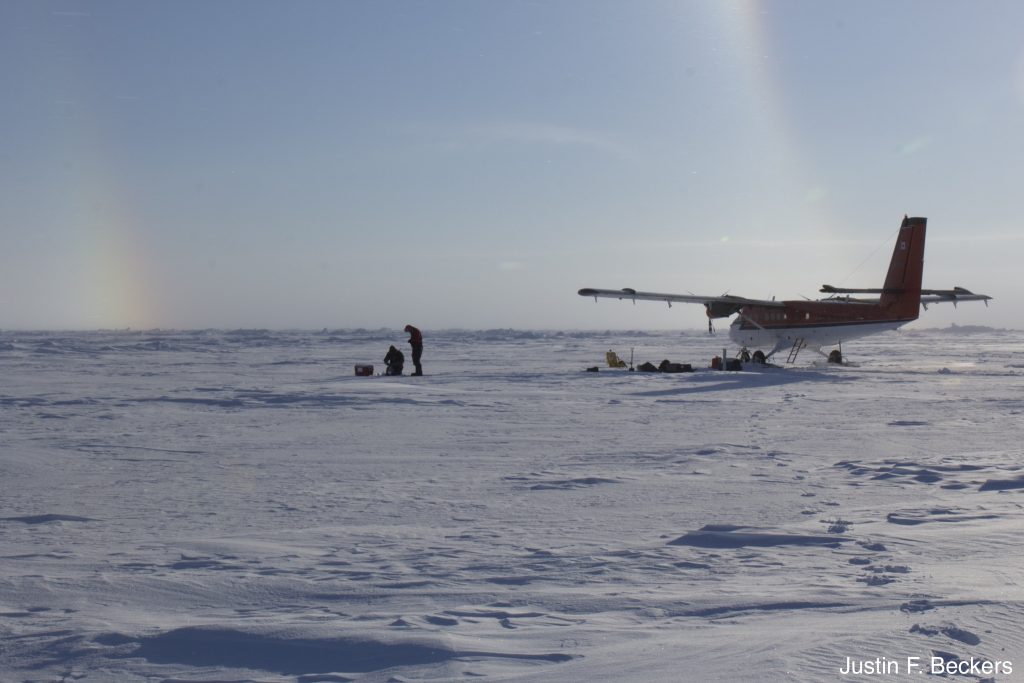 Because of the distances involved we had to reduce our field team by one and take an extra barrel of fuel. Jeremy Wilkinson of BAS kindly volunteered to stay back. After around three hours, we arrived at Site 10, which is a region covered mostly by first-year ice. We completed a full station and deployed a drifting buoy.

We conducted another full station at Site 9 where we measured over some small pieces of multiyear ice in addition to first-year ice. The wind was stronger here than at Site 10, but we could still work. All along our flight up to the sites we could see that the winds had caused some significant drift of the ice; there was lots of open water in areas that we hadn’t seen before during the campaign. 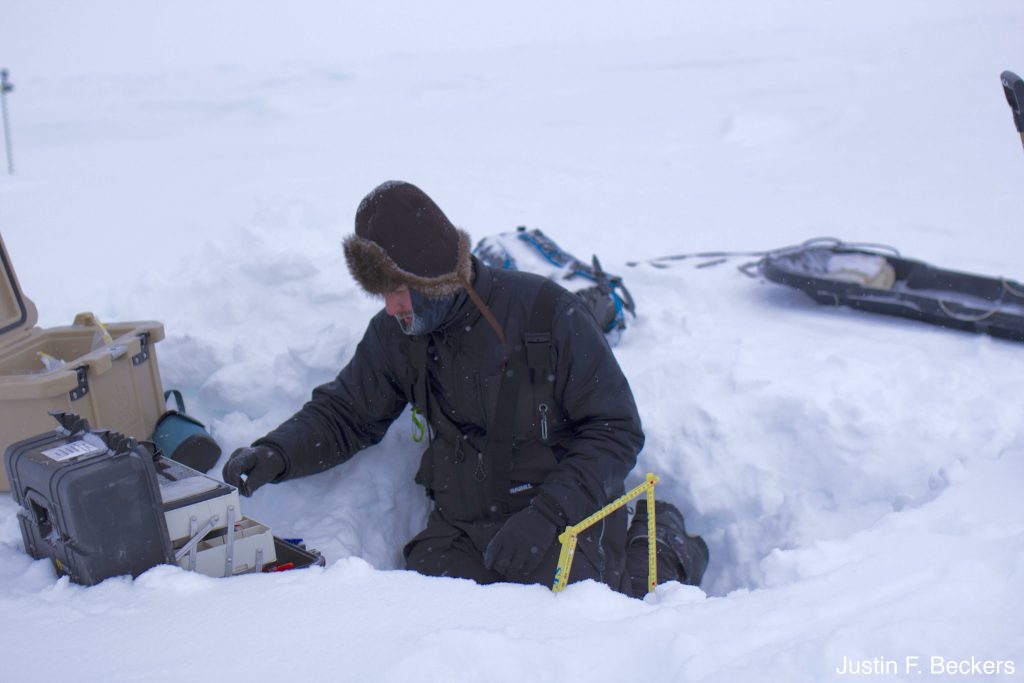 Such a successful campaign is not possible without the work and collaboration of multiple people and institutions and involved the Alfred Wegener Institute for Polar and Marine Research, British Antarctic Survey, the Danish Technical University, Environment and Climate Change Canada, NASA’s Operation IceBridge, the University College London, York University and more.

Furthermore, the project received excellent support from the personnel at Canadian Forces Station Alert including opening the airfield on holidays, extending the airfield hours, providing excellent food (including boxed lunches), accommodations, and logistics support. We were also very fortunate to have good weather, losing just one day when conditions at CFS Alert would have made it risky to leave the station as the runway was continuously fog bound.

Now that we are all back at our respective institutions, the work continues with data reporting and analysis. We are producing the quality checked data, including some necessary conversions and merging of data and are starting our analyses. 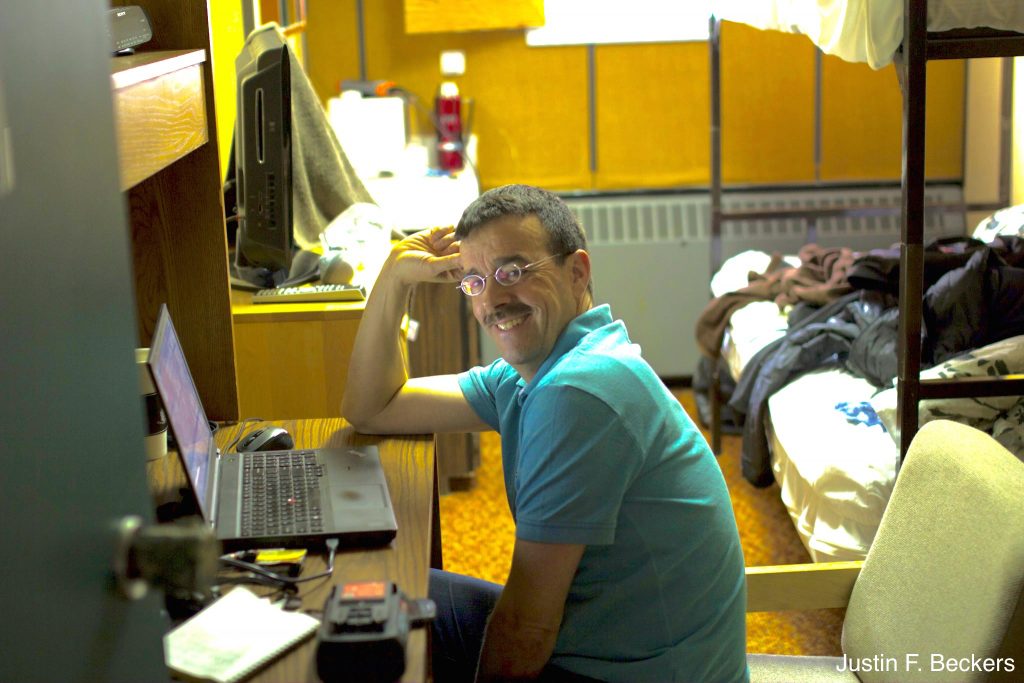 The data and final report will be submitted to ESA in the coming months and will also be made available online. In the meantime, look out for a blog post with some preliminary data and results.