CryoVEX and KAREN: waving to friends

The first phase of the KAREN field campaign, which is testing a new way of measuring Earth’s ice, concluded recently with a flight over Greenland and a great view of the ground team on the ice taking measurements to validate CryoSat.

ESA’s CryoSat mission measures the height of the ice, both of that floating in the polar oceans and of the vast ice sheets covering Greenland and Antarctica. This provides essential information on how the thickness is changing and, in turn, how the volume of ice is changing.

The current Cryovex field campaign is one of the largest Arctic expeditions ever undertaken by ESA. Scientists from around 10 agencies and institutes from all over the world have converged to take measurements with a suite of sensors on aircraft and readings taken by hand actually on the ice to compare with those of CryoSat. By doing all this, scientists can ensure that ice-thickness maps created from satellite data are correct.

This huge campaign also focuses on testing a new concept to measure ice from space. The KAREN part of the campaign involves testing an airborne radar altimeter that works with two different wavelengths instead of only one like CryoSat. 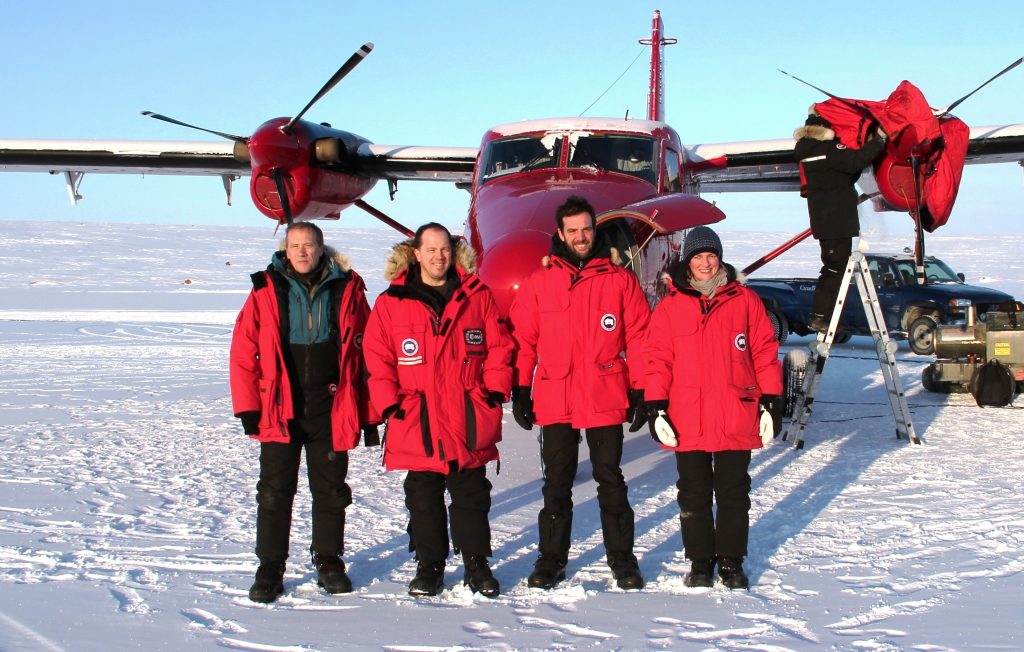 Since the Cryovex and KAREN campaigns are being carried out together, the different teams sometimes get to wave at each other in what is a pretty remote place.

The photo at the top was taken from the aircraft carrying the KAREN instrument. It shows the team from the UK’s Centre for Polar Observation and Modelling working on the Greenland ice sheet as part of the Cryovex campaign. As for KAREN, this first part of the campaign involved the instrument, which was built by MetaSensing, installed on a Nordland Air Twin Otter.

The team is now in Canada. They have re-installed and tested the KAREN instrument on a British Antarctic Survey Twin Otter and have already begun the second phase.