Cryovex and Karen: A remarkable day at Station Nord

Station Nord – our home for a few days – has been kind to the Cryovex and Karen campaign. The six young soldiers who live and work here for two years at a time have welcomed us warmly, provided warm huts for the night and kept us well fed, allowing the campaign team to concentrate on the work at hand. The weather also decided to cooperate with –25°C and relatively clear conditions. 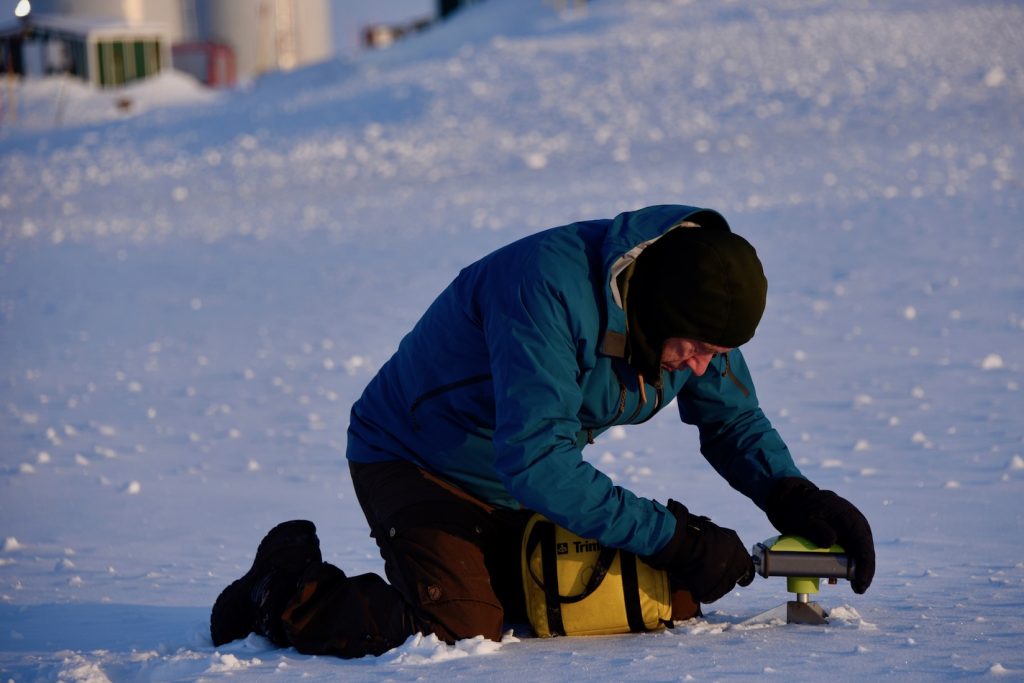 Arne Olesen from DTU setting up a GPS reference ground station just off the runway in Station Nord. The station is essential to know the exact position of the aircraft later when analysing the data from the instruments on board. (ESA)

Tuesday was a big day. After a bowl of porridge for breakfast, the team climbed into the Twin Otter aircraft and started up the myriad of scientific instruments on board which include the laser scanner, the Ku-band altimeter, the Ka-band altimeter and support instruments to record our position and attitude each second of the flight. 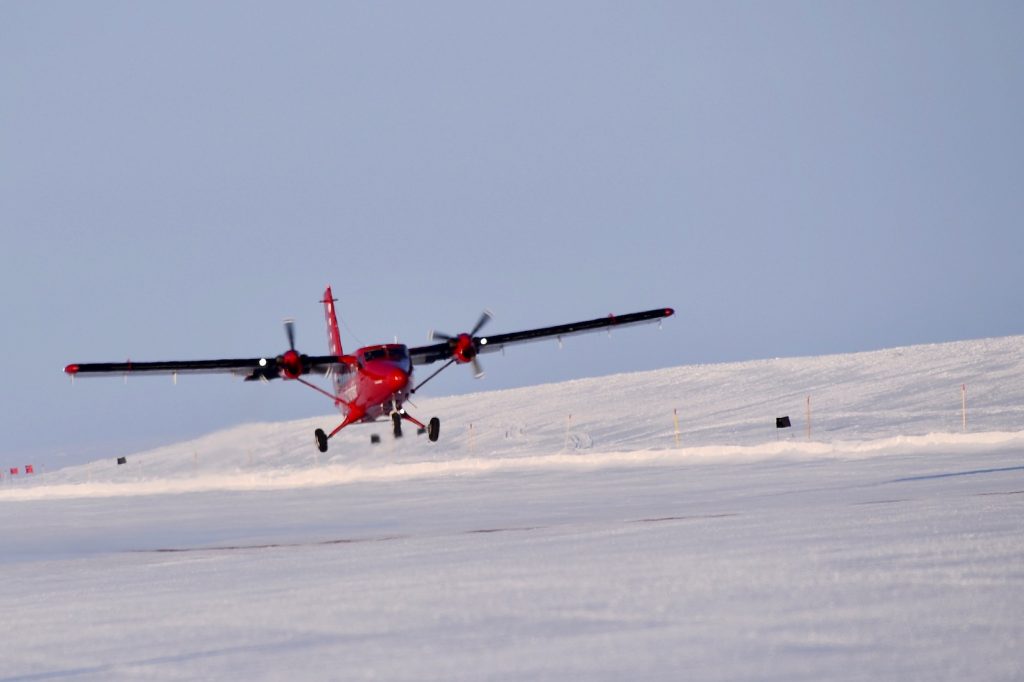 Twin Otter takes off for the second five-hour flight over the Arctic Ocean. (ESA)

The first target of the day was a CryoSat orbit overpass, conveniently near Station Nord at 14:30 local time.

In the cramped, some would say cosy, confines of the Twin Otter cabin, Arne Olsen from the Danish Technical University took up his usual position at the front left of the cabin to follow all the laser scanner and navigation instruments.

Right behind me, Louise Sorensen, also from the Danish Technical University, manoeuvred herself into a narrow bench behind the 19 inch instrument racks holding the Ku-band altimeter ASIRAS. 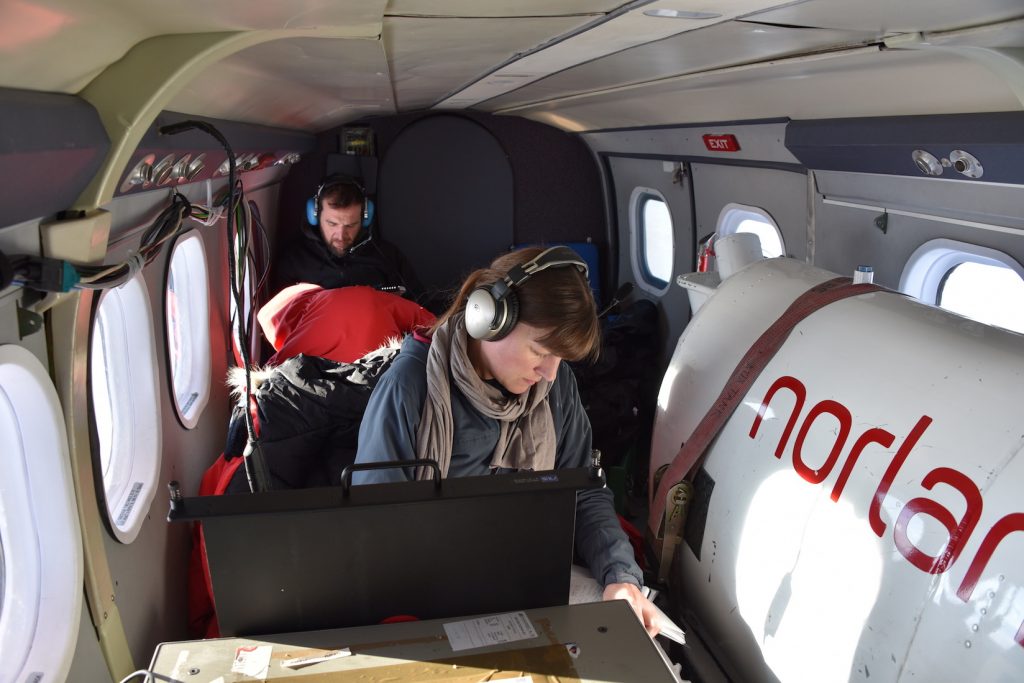 Louise Sorensen and Alex Coccia check their instruments and noting details in log books during a flight. (ESA)

Meanwhile Alex Coccia from MetaSensing climbed into the back seat flicking switches on the cold grey metallic racks to start up the newest instrument: a Ka-band radar altimeter developed by his company in the last six months. By 10:00 we had taken off from the immaculate runway heading north over the frozen Arctic sea.

For the next five hours as we flew with all the instruments up and running, we recorded precious data about the sea ice conditions below.

Arne Olesen monitoring the condition and data of the laser scanner. (ESA)

Back at Station Nord there was little time to rest. After quickly refuelling, the red Twin Otter was off again flying a new pattern over the Arctic sea with all the scientific instruments on board running continuously and without fail.

After 10 hours in the air, a tired but happy campaign team returned, landing at twilight. Even then the day was not over as data backups had to be made and plans for the next day prepared.

Alex and Arne working in the warm cabin after a flight. After each flight the data recorded needs to be backed up, first quality checks made and the next day prepared. (ESA)

Efforts of the team are focused on data collection, data quality and making sure that data are stored securely. Little, if any, time is left (and certainly little energy) to analyse the data itself. Hopefully, this weekend we will have more time and actually dig into the data to see what it looks like.

It’s a long walk from the landing strip to Station Nord, especially in –25°C. (ESA)

On Wednesday we are heading to the Canadian military base Alert situated at the very northern tip of Canada. Thursday will be a big day as we face the daunting prospect of coordinated flights with four planes (and one satellite). Two NASA planes will fly in and joining us from Thule in Greenland for a run across the Arctic Ocean as CryoSat orbits above. The weather forecast says –35°C and clear – perfect conditions for our campaign. 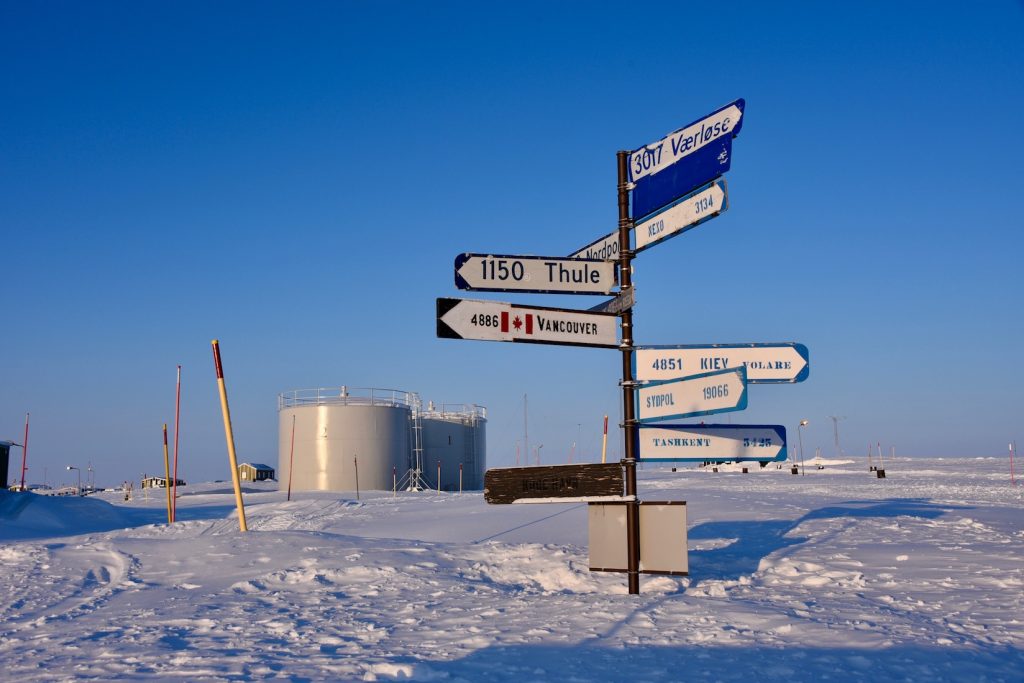 Station Nord is a long way from pretty much everywhere as the signposts indicate. (ESA)

Post from: Malcolm Davidson (Head of ESA’s Earth Observation Campaigns) on campaign in the Arctic to validate data from CryoSat and to test new satellite technologies