A new ESA campaign called KAREN has just started in Ilulissat, Greenland. The goal is to collect unique measurements to help us better understand how snow and ice on the Greenland ice sheet is changing over time, and help ESA design future space missions to monitor the changing climate in our polar regions. 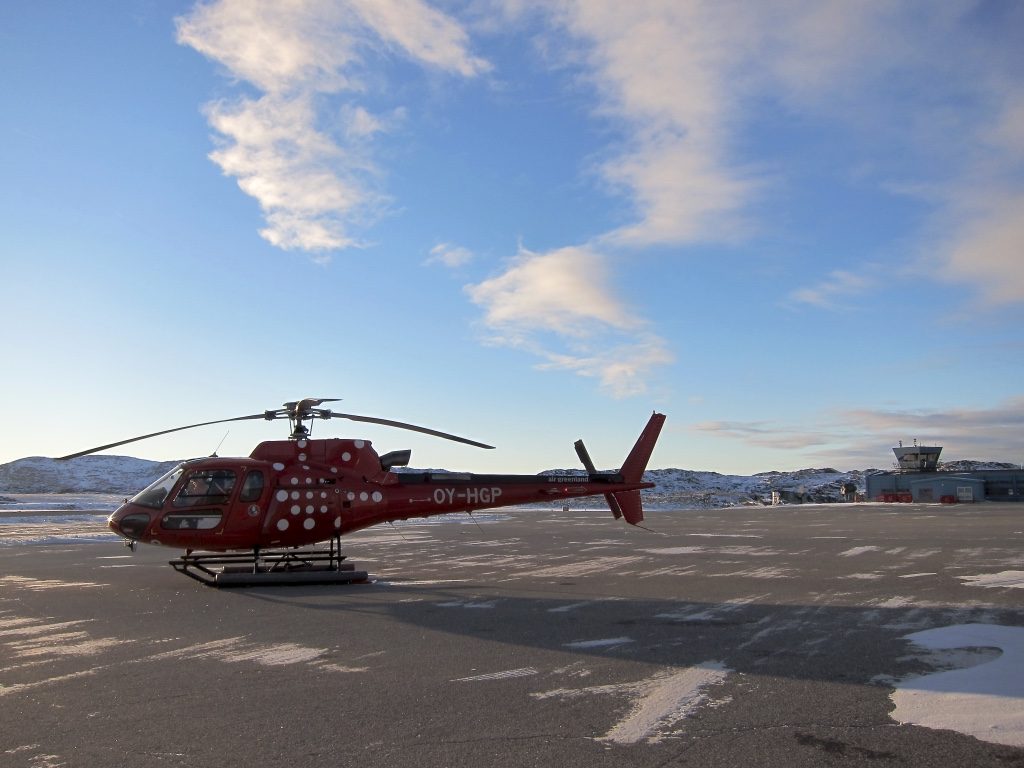 Air Greenland AS350 Écureuil helicopter jammed full with equipment departing for a day of measurements on ice sheet with Andy Shepherd and Anna Hogg aboard. (ESA)

Over the coming days an international team of researchers led by Andy Shepherd and Anna Hogg from Leeds University in the UK, Henriette Skourup and Sebastian Simonsen from the Danish Technical University and Alex Coccia from MetaSensing will be criss-crossing the ice sheet by air and on the ground.

The late October weather is cold as fierce winds pour down from the ice sheet onto the small local airport hosting the Twin Otter airplane and Greenland Air helicopter that we are using in the campaign.

As the study team made final preparations of their equipment (including a remarkable instrument called a SnowPen, which measures the density of surface snow), the sleek Air Greenland AS350 Écureuil helicopter departed at crack of dawn for a first solo flight up onto the ice cap.

The purpose: create a fuel cache needed for long flights up the ice sheet. Later in the morning, Andy and Anna loaded the helicopter with an array of instruments that will help them measure snow and ice properties on the ground before leaving for a strenuous day of measurements on the ice cap. In addition to the SnowPen, borrowed from the Swiss Avalanche Foundation for the campaign, the UK researchers also want to drill and extract several cylindrical ice cores up to 4 metres deep. The cores will help them better understand how snow changes after it falls onto the surface and is pushed deeper below surface with each passing year. 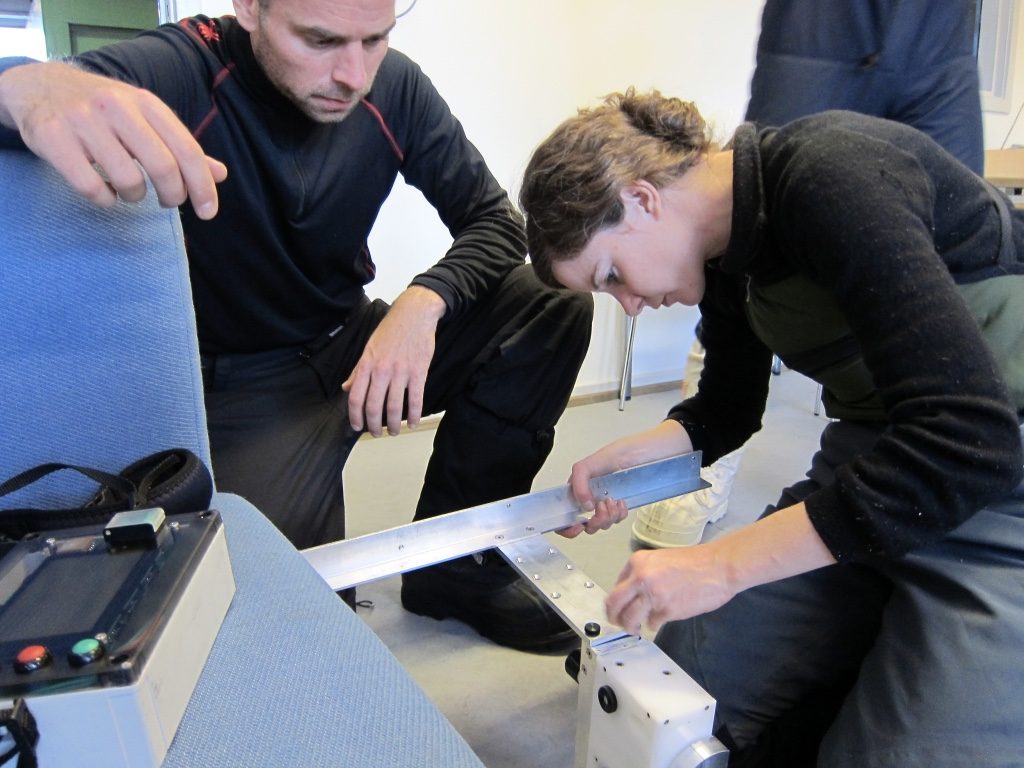 On the airborne side, the day started off with something we experience a lot in campaigns … waiting for good weather. The winds, in this case, were simply too strong for take-off, especially since they blow perpendicular to the one and only runway. This, however, did give me the opportunity to see some remarkable scientific instruments installed on board for the campaign.

My attention was drawn to the two different radar altimeter instruments wedged into aircraft frame. These serve as an airborne proxy to spaceborne instruments on the French–Indian Altika mission and ESA’s CryoSat mission. The KAREN campaign unites, for the first time, a Ka-band radar (like Altika) and Ku-band radar altimeter (like CryoSat). By combining measurements at these two wavelengths, researchers intend to demonstrate the benefits of combining these two measurements on potential future radar altimetry missions. 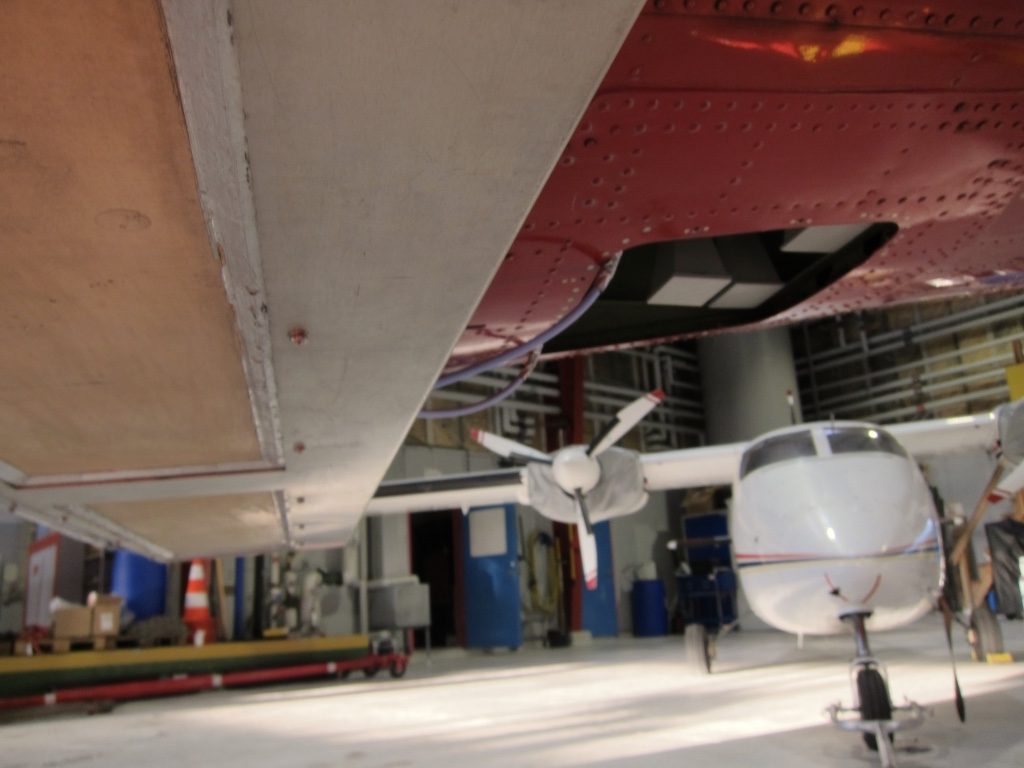 A look under the belly of the Norlandair Twin Otter. (ESA)

As of 13:00 yesterday the Twin Otter has been stuck on the ground with winds and blowing snow that show no signs of abating. The coming days should see the first results though…weather permitting of course.