On 20 September 2016 the British Antarctic Survey ship, the Royal Research Ship James Clark Ross, sets sail on a voyage that will traverse almost 13 000 km starting in Immingham, UK, and ending in Stanley, the Falklands.

The ‘AMT4SentinelFRM’ expedition will traverse the turbid waters of the North Sea, the autumn blooms of the Celtic Sea and Bay of Biscay, the deep ocean deserts of the North and South Atlantic, and the persistent coccolithophore blooms of the great Calcite Belt in the Southern Ocean. 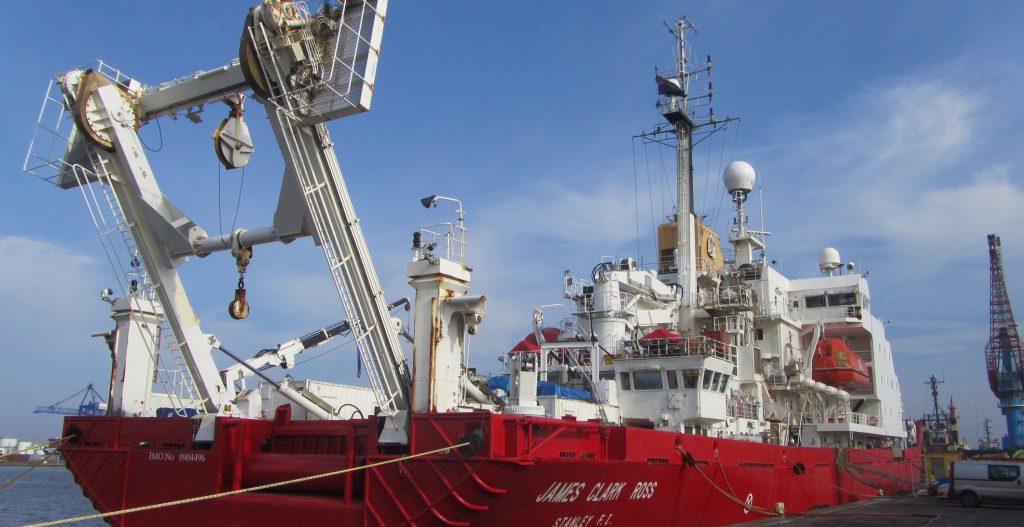 The objective of the cruise is to validate ocean data from the fleet of Europe’s Sentinel-1, -2 and -3 satellites as they orbit above the Atlantic Ocean. These satellites, which were developed by ESA for the EC’s environmental monitoring programme, carry a range of sensors for observing land, ocean and atmosphere.

Scientists from the Plymouth Marine Laboratory, the University of Southampton and Ifremer have been busy mounting an array of visible and infrared radiometers and radar systems on the ship to acquire continuous ‘fiducial reference measurements’ to validate this new suite of satellites.

Satellite data provide a global overview of oceanic conditions, which greatly aids our understanding and management of the global climate. They are vitally important as these data cover vast areas of the ocean including regions that are difficult to access. They also provide a cost-effective means of monitoring the oceans at a resolution that cannot be achieved by traditional methods.

The preparation for the cruise started in July and by 9 September, it had culminated in the packing of approximately 250 boxes into a shipping container that was transported by road to the James Clark Ross.

The container met the ship on the 17 September, and was craned onto the deck, and we then had two days to unpack it and mount our laboratories. These will become our temporary homes for the next 6–7 weeks with port hole ocean views that become a window onto the ever-changing dynamics of the Atlantic Ocean.

So we are almost ready for the next seven weeks of working at sea in these labs to establish the accuracy of the Sentinel data.