Changing the properties of vegetated surfaces

We are learning more and more about the complexity of the interactions between land covered by vegetation and the atmosphere.

We have known for a long time that changes in canopy properties may have substantial effects on the climate, both locally and globally.

Recent modelling experiments show, for instance, that even small modifications in the albedo of agricultural land may affect global air temperature

However, we still lack reliable estimators of the full cascade of events (feedback) that are a consequence of simple changes in vegetation properties. 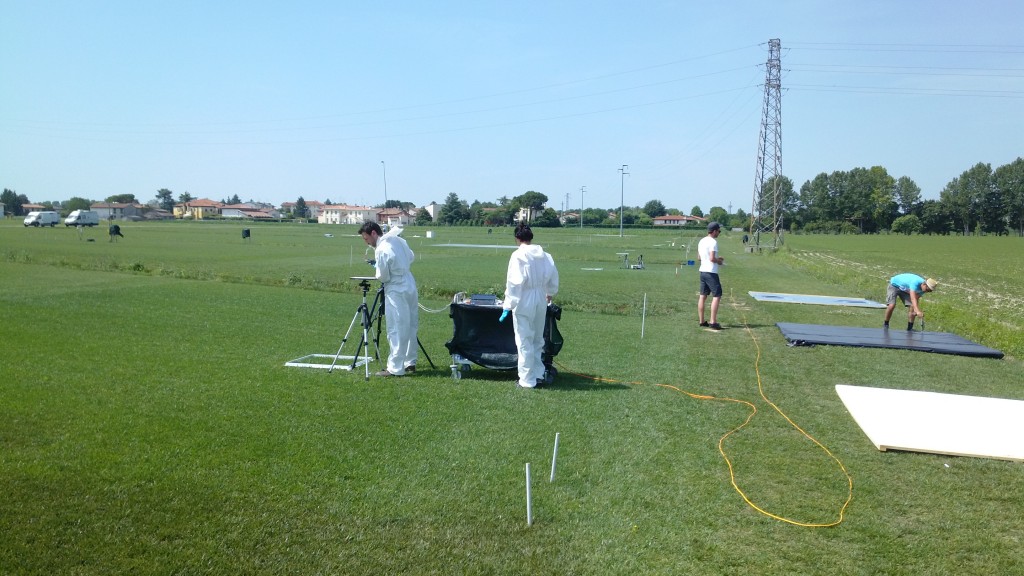 The group from Milan spraying plots. The plot as the back is visible with the white inert kaolin powder. On the right, the team from Luxembourg is preparing several calibration targets with known albedo. (ESA)

We are working on this aspect as we carry out the FLEX campaign in Italy. We used an antitranspirant on grassland to reduce stomatal conductance and we are modifying the albedo of the grass by spraying a white inert kaolin powder on large plots.

The antistranspirant caused a rapid increase in the skin temperature of the canopy, clearly detectable with a ground-based infrared camera. We the same effect in the first quicklooks from the airborne thermal sensor.

If antitranspirant closes the stomata, we should observe less transpiration – but a warmer canopy should transpire more as transpiration is driven by the difference in temperature between the air and the leaf. 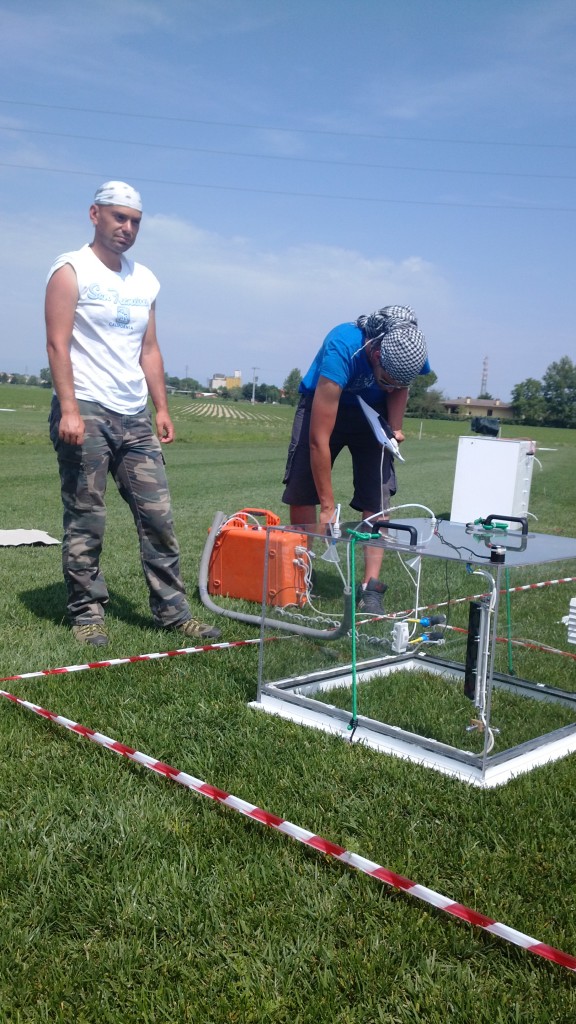 So will we observe less transpiration or will we see homeostatic compensatory effects, at the end of the story?

In theory, if we reduce transpiration, we might also reduce carbon uptake of the canopy, i.e. reduce its photosynthetic rate. In which case, the emission of fluorescence should also be affected. Will Hyplant finally detect any change in fluorescence?

The kaolin treatment decreased the temperature of the canopy. This is rather obvious, as a white reflecting surface does reduce the amount of solar energy absorbed by the vegetation and, with this, its radiative load.

We are looking forward to putting together and processing the extremely large amount of data we are still collecting in Latisana, Udine, Italy.