There aren’t many chances to do field work on polar sea ice in the depths of winter, and even fewer opportunities in Antarctica.

The Antarctic Winter Ecosystem & Climate Study (AWECS) of the German Polarstern Research Icebreaker, however, provided such an occasion.

Our voyage from Cape Town, South Africa, to our main working area in the Weddell Sea in Antarctica and back to Punta Arenas in Chile took nine weeks. We were in ice-covered areas from mid-June to early August, mid-winter in Antarctica – and dark for much of the time. 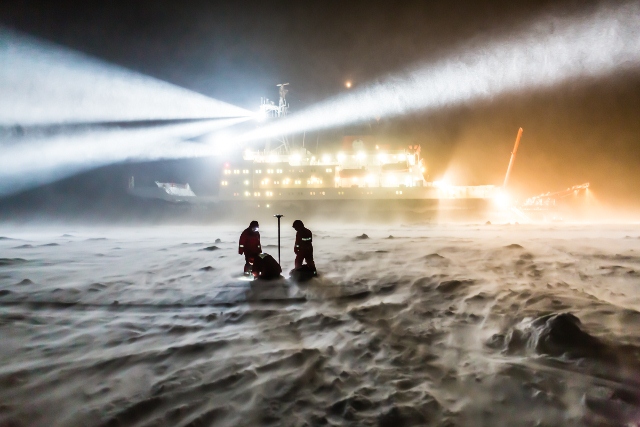 Working in the polar night and in a storm (Stefan Hendricks, Alfred Wegner Institute)

One of the goals of the campaign, called CryoVex, was to look at how ESA’s CryoSat mission can be used to understand the thickness of sea ice in Antarctica. The extent of the sea ice here in winter is currently more than normal, which could be linked to changing atmospheric patterns.

This is in contrast to what we are seeing in the Arctic where there is a trend towards declining sea-ice extent in the summer. CryoSat is showing that ice continues to thin. 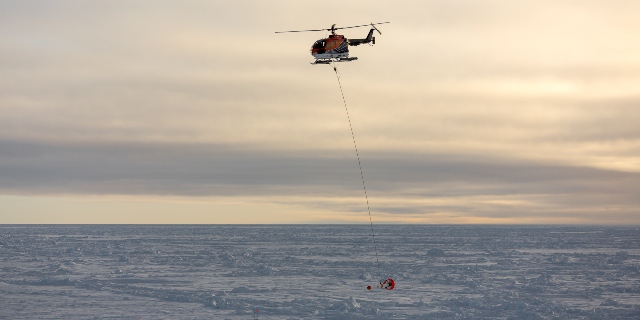 Sea-ice thickness data for Antarctica, which covers a larger area than Arctic sea ice, is also necessary to understand and potentially predict the future behavior of the ice.

To achieve sea-ice thickness retrieval with CryoSat, we have to understand the complex remote-sensing signature of snow on Antarctic sea ice and what it means for the range measurements of the CryoSat’s SIRAL radar altimeter. 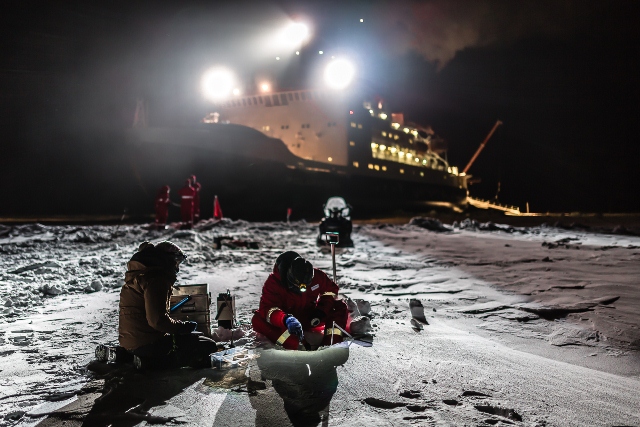 Therefore, swapping our northern hemisphere’s summer for winter in the southern hemisphere we sailed with Polarstern to Antarctica to study the properties of snow, its evolution in winter and to measure sea-ice freeboard and thickness for later validation of CryoSat data.

The validation activities continue with another Polarstern cruise-leg from August to October and an aircraft experiment in November at the Antarctic Peninsula. This specifically looks at how the satellite radar penetrates the snow overlying the sea ice.

In the beginning of the cruise in mid-June we observed the main sea-ice growth phase of winter.

Sea ice in Antarctic very often forms as pancakes owing to the ever-present ocean swell. These pancakes solidify with time and get increasingly covered with snow. 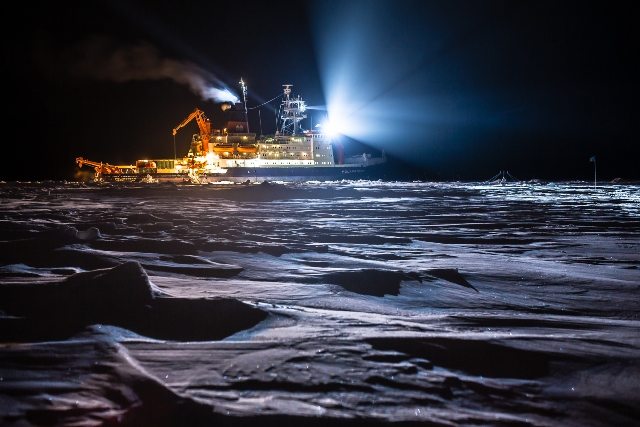 Since there is more snow fall in Antarctica then in the Arctic, the snow can push the ice surface 10–20 cm below the water layer.

We measured snow depth and stratigraphy, freeboard and thickness at several ice stations where Polarstern was anchored to an ice floe. This had to happen in the dark and often in stormy conditions and we were grateful for the wind shadow and the lights of the ship. 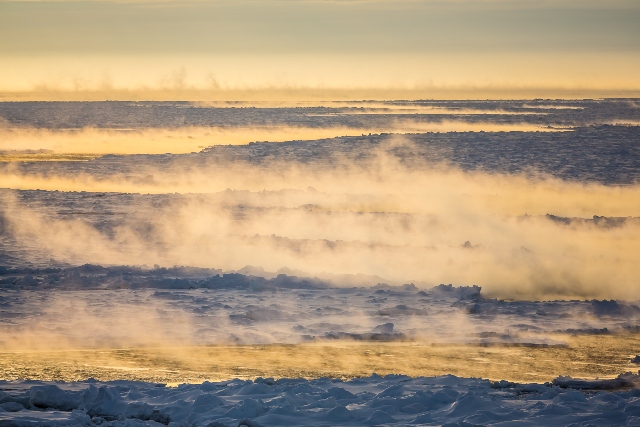 In the short hours of daylight and twilight, we used our onboard helicopters to obtain the regional sea-ice thickness distribution by our airborne sensor, the EM-Bird.

Check out the AWI website for more information about the campaign.