In the last week of February, the final European SnowSAR campaign for this winter in was accomplished. The campaign falls within the AlpSAR project supporting the preparations for ESA’s CoReH2O (Cold Region Hydrology High-Resolution Observatory) candidate Earth Explorer 7 satellite.

This latest campaign follows two other SnowSAR experiments that took place in November 2012 and January 2013, all in the same area ofAustria. 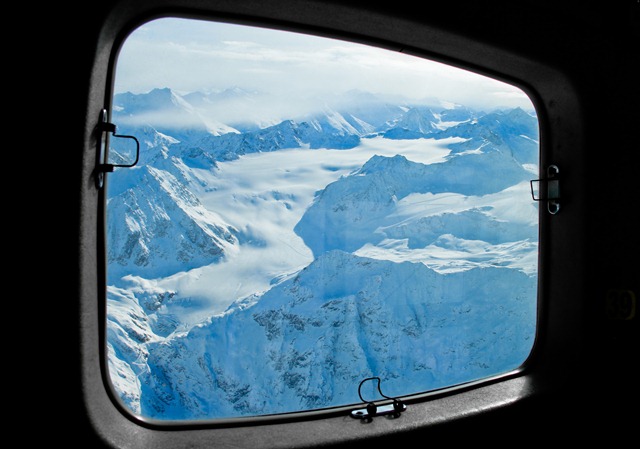 One of the three sites used for SnowSAR acquisitions. The Mittelbergferner, glacier in the Ötztal Alps. (MetaSensing)

The breathtaking landscape of the European Alps around the Austrian–Italian border was the setting for operations.Innsbruckairport is the base of operations for the MetaSensing team operating the SnowSAR instrument.

It’s not an easy life for the pilots of the Cessna 208 Grand Caravan though, which hosted the measuring system, as Innsbruckairport is renowned for having a difficult approach because of the surrounding high mountains.

Cessna 208 at Innsbruck airport, the base of operations for the MetaSensing team. (MetaSensing)

Flying the tracks for the SnowSAR acquisition isn’t a trivial task either, especially when clouds tend to hide the mountain tops.

Despite the challenges, the SnowSAR campaign was successful with data being acquired over each of the three chosen sites, from 1000 m up to and above 3000 m above ground.

The image below was acquired at Ku-band, VH pol, over the Leutasch site in November 2012. On the right, corner reflectors deployed for radiometric calibration purposes can be seen.

Although the field campaign is over, there is no time to relax. The data recently acquired are now being checked and pre-processed. Preliminary SnowSAR images from the November and January campaigns are also being released.

And, the SnowSAR instrument is already on its way toCanadafor the next stage of the campaign. Stay tuned!