A commanding role in space

With both Alexander Gerst and Luca Parmitano set to command the International Space Station within the next 12 months, ESA astronaut Frank De Winne shares what it was like to be the first European in command.

Now head of the European Astronaut Centre in Cologne, Germany, Frank joined ESA’s astronaut corps in 2000 after serving 16 years as a pilot in the Belgian Airforce.

He flew his first mission to the International Space Station in 2002. However, he describes being selected as Space Station Commander for expedition 21 in 2009 as a particularly proud moment for him and ESA alike.

“Of course, you are always extremely happy when something like that happens, first of all personally, because it is certainly recognition of your capabilities, but also at an organisational level.”

“In this case, it was recognition of the progress ESA had made over many years of investment in human spaceflight. We were the first of the international partners, outside of the USA and Russia, to take on the position and it really spoke to the strength we had developed within the European Astronaut core and the European human spaceflight community.”

Decisions around which roles each astronaut will fulfil during a mission are made in consensus by a Multilateral Crew Operations Panel (MCOP). This panel comprises representatives from NASA, Roscosmos, ESA, JAXA and Canada, and roles are often assigned more than two years in advance.

While overall command of the Station lies with flight directors on the ground unless there is an emergency on board, Frank says a key role of the International Space Station commander is to foster team spirit. This involves ensuring crew members are able to perform the tasks required of them during their time in space.

“It is about making sure that every crew member is happy – that everyone understands their role and contributes to the best of their abilities so the team can deliver optimal performance for the programme,” he explains.

In many ways, Frank believes the position of Space Station commander is similar to other leadership roles on Earth and he is 100 percent confident both Alexander and Luca will do a stellar job.

“I have watched Alexander evolve over the past six years – from his first space flight to the time he was assigned as a commander. I have seen how he has grown into his role.

“Having Luca take up the position during his mission as well says a lot about Europe’s position as a trusted partner. People can rely on us, and they do rely on us. Not only in terms of the hardware that we provide to the Space Station and now the service module for Orion, but also in the area of crew operations.

“I think that is a very good result of the investment ESA member states have made.” 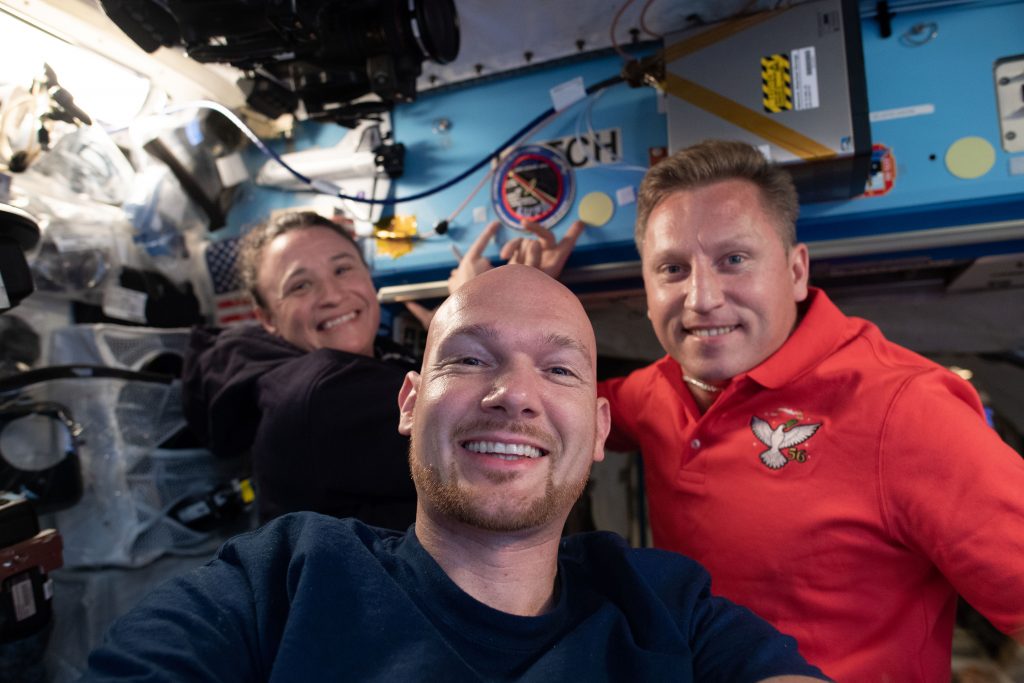 This sentiment is echoed by Alexander who says: “I am humbled and honoured to command the International Space Station. This international sign of trust reflects Europe’s reliability in space, and was made possible by the fantastic work of my European colleagues on their previous missions.

“For me, becoming the Space Station commander for the first time is a learning experience and something that I have had to work hard for. It might be scary at the beginning, but then you grow into that position. And at the end, you realise that it was much easier than you thought.”

All leadership positions have their challenges. For Frank, many of these were logistical as the first commander of a six-person Space Station crew.

“Up until the very last moment there was a risk that the number of crew members would be reduced. I had many meetings with the International Space Station programme manager and his deputy to discuss how we could help with the logistics situation on board and in the transport vehicle to ensure everyone could fly.

“Another highlight came when we were still on the ground. At that time, the Space Station crew was still involved in the tasking panel and some of my crew members did not have the high-level tasks I would have wanted them to have. I worked a lot with the tasking panel to make sure there was a good balance between tasks such as robotics and EVA (extra vehicular activity) for all members of my crew.”

In addition to these challenges, Frank says living with six people in a confined space means always being aware of any stress or unhappiness building up. You must also be ready to take command of the Station and direct the crew at any time in an emergency event.

Because everyone has their own leadership style, Frank says the conversations he has had with Alexander have been about transferring knowledge rather than advice.

“Everybody fulfills the role with their own character and experience, but what I could do was tell Alex as much as I could about my experiences and what I remembered. I was able to let him know what worked and what did not work so well for me, and I am sure once he returns from his mission he will be able to do the same.” 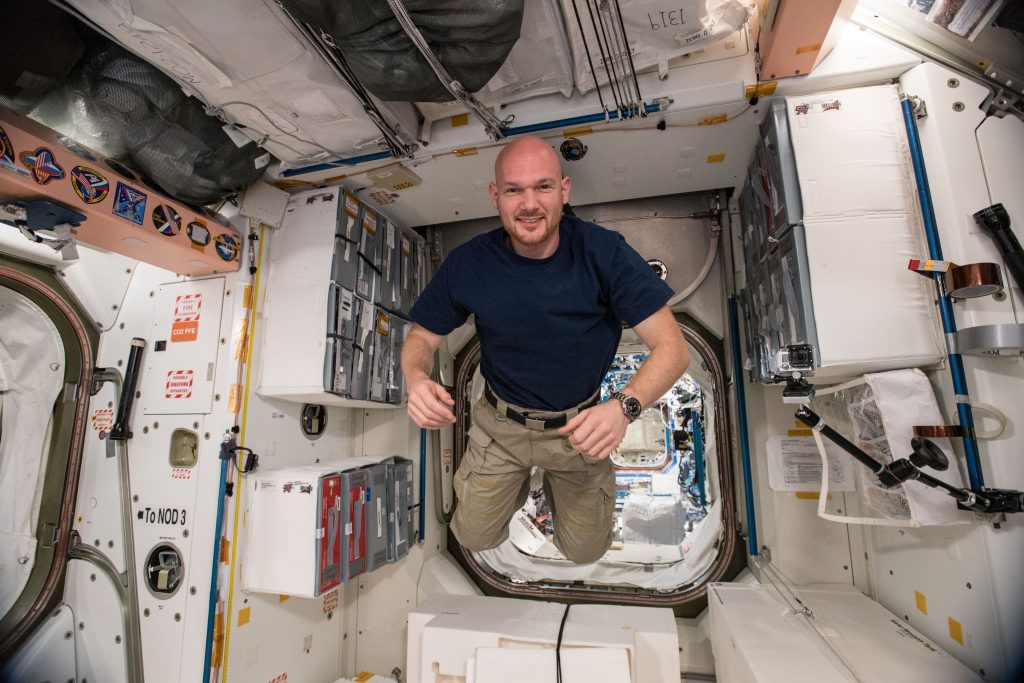 Alexander will take over the role of International Space Station commander from NASA astronaut Drew Feustel on 3 October. This marks the start of expedition 57 and second part of Alexander’s Horizons mission.

Alexander will remain in the role of Space Station commander until he returns to Earth in December 2018.