Latest highlights from the space lab

Life is never boring when you’re on board the International Space Station, 400 km from Earth. Over the past couple of weeks ESA astronaut Alexander Gerst began testing how microgravity affects tissue and muscle tone, whether weightlessness has an impact on the way people perceive time, and the volume of nitric oxide in his breath.

But wait, there’s more. He also assisted with an investigation called MagVector, that looks into how Earth’s magnetic field interacts with an electrical conductor, tested a centuries-old tool that could be used for emergency navigation, and welcomed a Dragon carrying ICE Cubes that arrived safely at the Station.

With so much going on up there, this really is just the highlights reel. But never fear, we will continue to profile key experiments as the Horizons mission progresses. 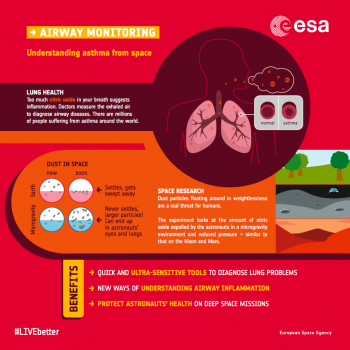 In the weightlessness of space, there is no such thing as waiting for the dust to settle. Rather than drifting to the ground, dust particles float about continuously and can irritate eyes and lungs.

Developed by researchers at the Karolinska Institutet in Sweden, the Airway Monitoring experiment has been in action aboard the Space Station (and on the ground) since 2015. Using a hand-held device, astronauts measure the levels of nitric oxide in their breath before, during and after their time in space. Some nitric oxide is normal, but elevated levels are present in the breath of asthmatics and are also an indicator of general lung inflammation. 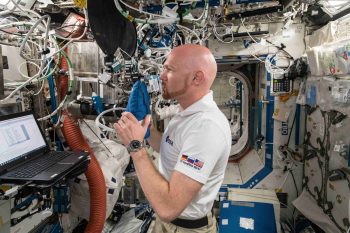 Now it is Alexander’s turn to take a deep breath. Here he is conducting one of his first sessions aboard the International Space Station using the hand-held device.

Data collected throughout the Horizons mission will help researchers better understand how to monitor, diagnose and treat lung conditions like asthma here on Earth. It will also be crucial to exploring the Moon and even Mars – where dust is considered even more toxic and must be carefully managed for astronauts’ health.

Time perception is elastic – it stretches and it bends. When you’re waiting for a bus, a minute seems to last forever but when you’re having fun, time flies. Scientists believe astronauts underestimate time in orbit, just as they have an perception of distance in space.

The Time experiment investigates this, as misperception of time could cause delayed responses that put astronaut safety and mission success at risk.

To test his perception of Time in space, Alexander once again donned the head-mounted display used for GRASP. But this time, the goal was to block out external visual cues as he listened to voice commands and completed a series of tasks such as judging the length of a minute, estimating the amount of time elapsed and reproducing the perceived duration of an event.

Understanding the psychological and neurological mechanisms behind time perception will help researchers develop ways of combatting this. These could also be used to help improve quality of life for the elderly or incapacitated, people dealing with mental health issues and those working remotely who may experience isolation through work. 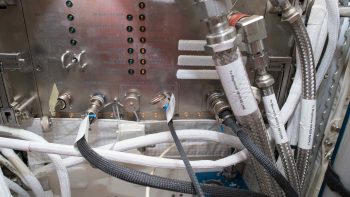 Investigations into how the human body adapts or responds to weightlessness are important, but they’re not the only kind of science happening in space. An experiment by German Aerospace Center DLR and Airbus, known as MagVector, is using extremely sensitive magnetic sensors to look at how Earth’s magnetic field interacts with an electrical conductor.

MagVector was first installed during Alexander’s Blue Dot mission in 2014 and marked a new way of using the International Space Station – as an astrophysical experiment lab, rather than observatory.

Because the Space Station travels across Earth’s magnetic field at 28,000 km/h, it is the perfect laboratory for this kind of testing. Findings from the experiment could help develop magnetic shields to protect against charged, high energy particles during future space flights and be crucial to the development of all-electric aircraft.

A warm reception for ICE Cubes

Lastly, but not at all least, SpaceX’s CRS-15 Dragon spacecraft arrived at the International Space Station on Monday 1 July and was grappled by the Station’s robotic arm at 12:54 CEST (10:54 UTC). 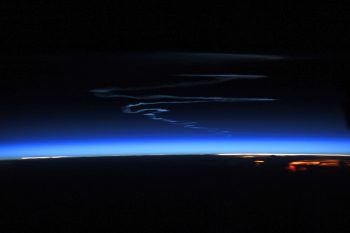 Among the Dragon’s extensive cargo were the first experiment cubes as part of ESA’s commercial partnership with European industry. The International Commercial Experiments service – known as ICE Cubes – provide commercial access to microgravitational research and the cubes will return to Earth for analysis in December 2018.

You can read more about that here and in this piece on how ICE Cubes will help humans live better, work smarter and explore farther.