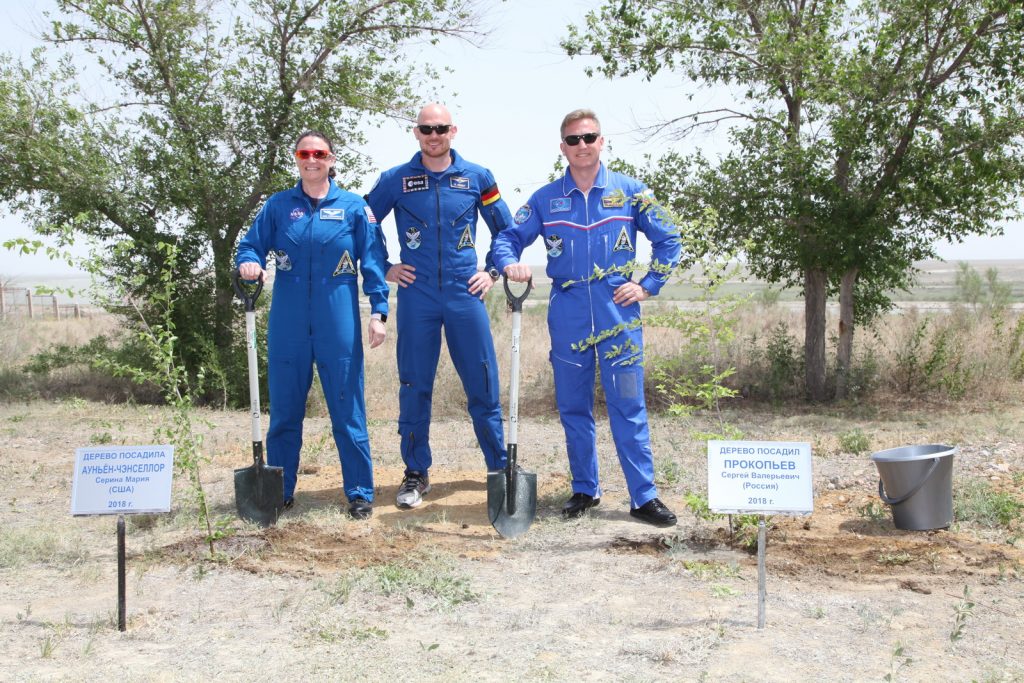 Tradition has it that all astronauts plant a tree before their first flight to space from the world’s first and largest spaceport in Baikonur, Kazakhstan.

ESA astronaut Alexander Gerst had the opportunity to revisit the Cosmonauts Alley, where he planted a tree in 2014 as part of Expedition 40/41 to the International Space Station.

On 29 May, eight days before his second spaceflight, Alexander helped his crewmates, first-time flyers Sergei Prokopyev and Serena Auñón-Chancellor during the tree-planting ceremony. 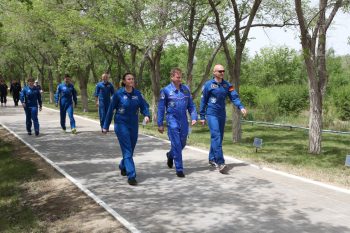 Expedition 56/57 walks down the Cosmonauts Alley in Baikonur. Credits: Roscosmos

The long-standing tradition began when Yuri Gagarin, the first person to orbit Earth, planted a poplar near the Cosmonaut Hotel in Baikonur in 1961. Yuri’s tree, 57 years old and one of the largest, dominates the avenue.

All ESA astronauts launched from Baikonur have a tree in this avenue that leads to the banks of the Syr Darya river. Beyond this small oasis, an endless desert stretches to the horizon.

The trees face extreme weather and large temperature variations found in desert climates – some trees are doing better than others. During the year, there is virtually no rainfall in Baikonur.

Alexander took the chance to water his young poplar in the run-up to his second launch into space. 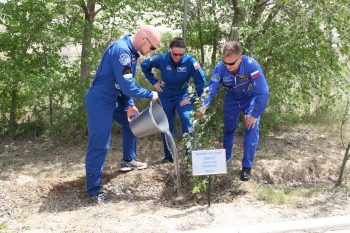 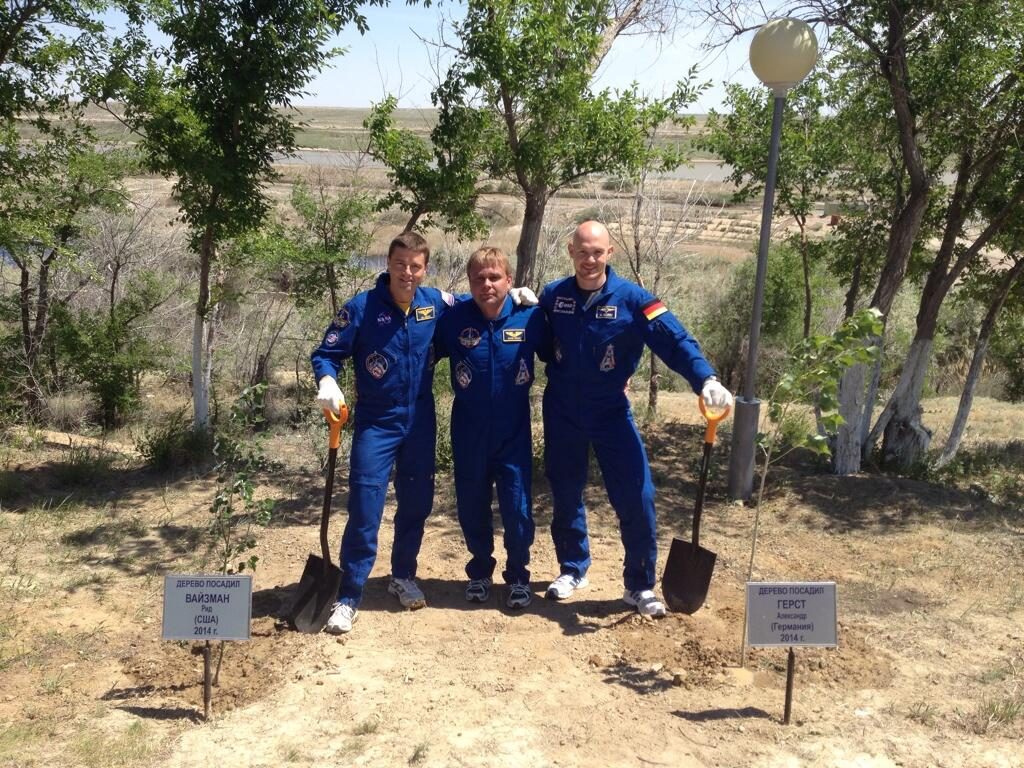