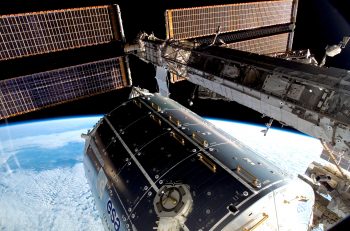 A view of the European Columbus laboratory shortly after installation on the International Space Station (2008). Image credit: NASA/ESA.

After working every day in the European Columbus laboratory for several months, it became like a second home to me. Yet, despite this seemingly intimate knowledge, I discovered new parts and details every day that I hadn’t noticed before, making me realise just how complex and powerful a laboratory it is – concentrating the capabilities of several university laboratory buildings in a mere 75 cubic metres.

But what I find most fascinating is its absolute uniqueness. Of the hundreds of thousands of research laboratories in Europe and all over the world, it is Europe’s only laboratory in space, offering nearly permanent weightlessness, to fill gaps of knowledge that cannot be filled on Earth. The capabilities of the Columbus lab cannot be replicated in any laboratory on our planet, no matter how much effort we put in, it is physically impossible. At the same time, it is not an Ivory Tower, but quite the opposite. Like vitamins for an organism, this unique source of knowledge is seeding nearly all areas of science with results that are very relevant for humans on Earth. We may never forget what a precious gem we have up there!

I cannot wait to get back to the International Space Station this year, to continue to work in the Columbus laboratory, cooperating hand in hand with thousands of amazing people in the Columbus Control Centre and out there in the many cooperating universities and companies. What a great honour it is for me as a scientist to work in this high place of science, from where we can see farther than from anywhere else. I imagine Christopher Columbus would have been proud to know that this exploration laboratory would one day carry his name, around the globe in 92 minutes.

During ESA’s “BlueDot” mission to the International Space Station in 2014 I had the honour to be the European astronaut on board the ISS to monitor and control the docking of the last ATV space ship, “Georges Lemaître”. The training for monitoring her docking involved hundreds of hours of theory and practical simulations at ESA’s European Astronaut Centre in Cologne, on how to react in case of an off-nominal behaviour of the unmanned cargo vehicle. Thus, my Russian colleague Alexandr Skvortsov and I were ready to take over remote control and send the vehicle away to ensure ISS’s (and thus our) safety in case the vehicle should divert off its pre-programmed docking course, even if only by a few centimetres. 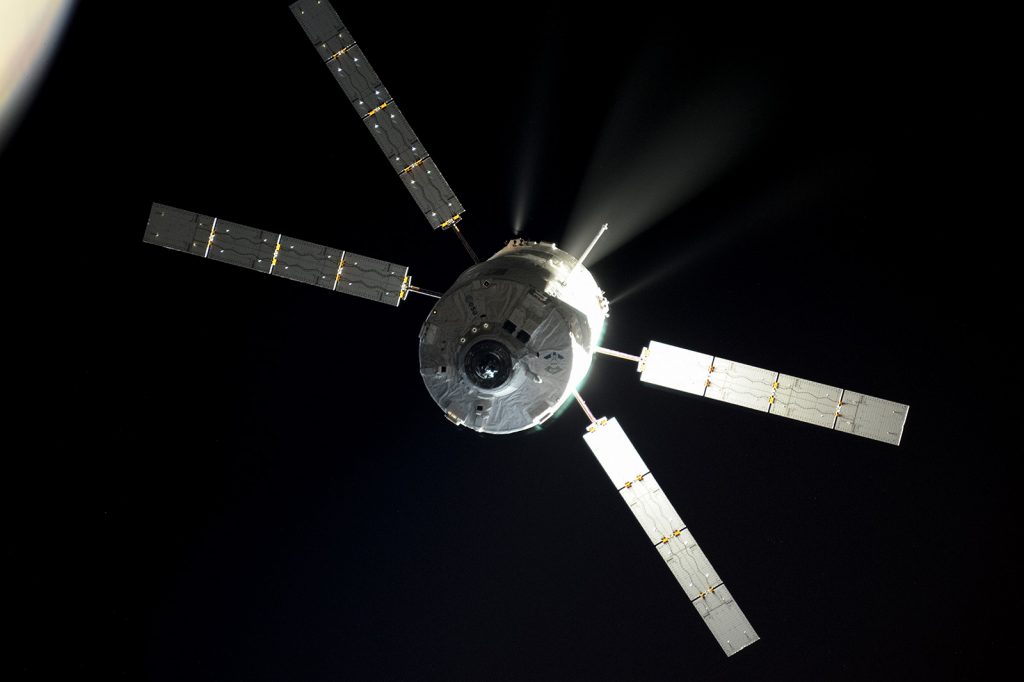 Imagine yourself for a moment to be an astronaut floating in a space station with walls that are 2 mm thick, knowing that a 20 ton vehicle is moving in on a final docking trajectory, which is basically nothing but a sophisticated word for a controlled collision course. Needless to say, this is an exciting moment for an astronaut in space, and our concentration was at a maximum when the vehicle entered the last 10 metres of her approach path, after hundreds of trainings where she was simulated to veer off course just before docking.

What followed was almost disappointingly profane – the vehicle, just like her 4 predecessors, docked right on time and with millimeter precision, without the need for any of us to step in. What an amazing feat of engineering this ship is, basically the most advanced cargo spacecraft that exists, and it is made in Europe. Only after the docking hooks were safely closed, we allowed our thoughts to drift over to the 7 tons of precious cargo she just delivered to the international space station: fuel, water, air, clothes, a lot of hardware for new scientific experiments including a several hundred kg heavy furnace to research new light metals for making aircraft more environmentally friendly. Oh, and not to forget, a few goodies and presents from our families at home, on the beautiful planet 400 kilometers beneath us.

Inside the Automated Transfer Vehicle (ATV) Georges Lemaître for the first time on orbit after hatch opening. Credit: ESA/NASA.

You can imagine that, knowing this would be the last one of this most successful series of five ATV space craft, I opened the hatch with mixed feelings. And I am sure that when I was back on the ground 6 months later, my colleague and successor on ISS, ESA astronaut Samantha Cristoforetti, must have felt very similar when she was the last one to close the ATV hatch, shortly before sending the ship home to burn up in our planet’s upper atmosphere like a shooting star.

Yet “Georges Lemaître” was not the end of this success story. ATV’s technologies and systems now helping to put life into a new generation of space craft, the Orion capsules, a cooperation between NASA and ESA. On humanities first capsule that is capable to fly to another planet, this European technology will provide the critical propulsion and navigation module. Congratulations, what a magnificent career!

Editor’s note: Join us live from ESA’s technical heart in the Netherlands on 7 February for the celebration of the 10th anniversary of the Columbus laboratory and the launch of the first Automated Transfer Vehicle.