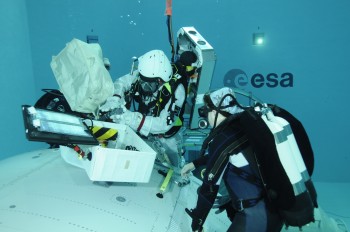 Norbert Illmer is responsible for Alexander Gerst’s astronaut training planning based at the ESA’s European Astronaut Centre (EAC) in Cologne, Germany. He sent us this text about Alexander’s training.

In spaceflight everything changes continuously. A delayed launch, or a maintenance project has consequences for astronauts and their trainers in all of the International Space Station’s partner countries. As planners we expect the unexpected and adapt continuously.

Not only do we need to consider where an astronaut will be at any point, but also where the trainers are and whether the equipment will be available. Giving Alexander training on a scientific experiment sometimes requires that the researcher, or principal investigator, visits the Astronaut Centre with the scientific equipment.

In Alexander’s case major changes in the training plan were triggered by changes in the spacecraft visiting the International Space Station. Originally, Expedition 40 training assumed that the Russian Multipurpose Laboratory Module would launch in 2014 bringing the European Robotic Arm with it. 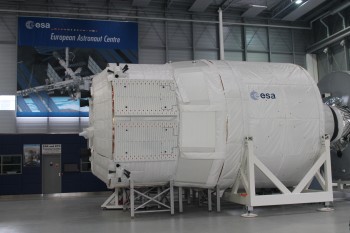 Alexander was trained for the installation and checkout of the European Robotic Arm including training for Russian spacewalks and operating the Arm. Unfortunately the launch of the module has been delayed to 2015 at least, when Alexander will have returned so that part of his training was discontinued.

Sometimes the changes can work in our favour. The direct handover of Space Station flight 35S to 37S in November 2013 in support of the Winter Olympics torch ceremony changed the training template but allowed us three more training weeks at EAC. This extra time was great to be able to integrate all the medical requirements related to Alexander’s direct return and the many public relation requests that
illustrate the attention that Alexander receives from the media.

Alexander will be the first European astronaut to return directly to EAC after his landing in Kazachstan and many medical requirements needed to be included in his training flow. For us at EAC it is great that we will have an astronaut come straight ‘home’ after their mission, but of course this requires even more work!

Lastly some major experiments were removed from the Expedition in Alexander’s last year of training while new ones were added. Continuous adjustments to his training schedule were the norm.

As all teachers we are proud when a student passes their exams. We wish Alexander and the Expedition 40/41 crew all the best for their mission! 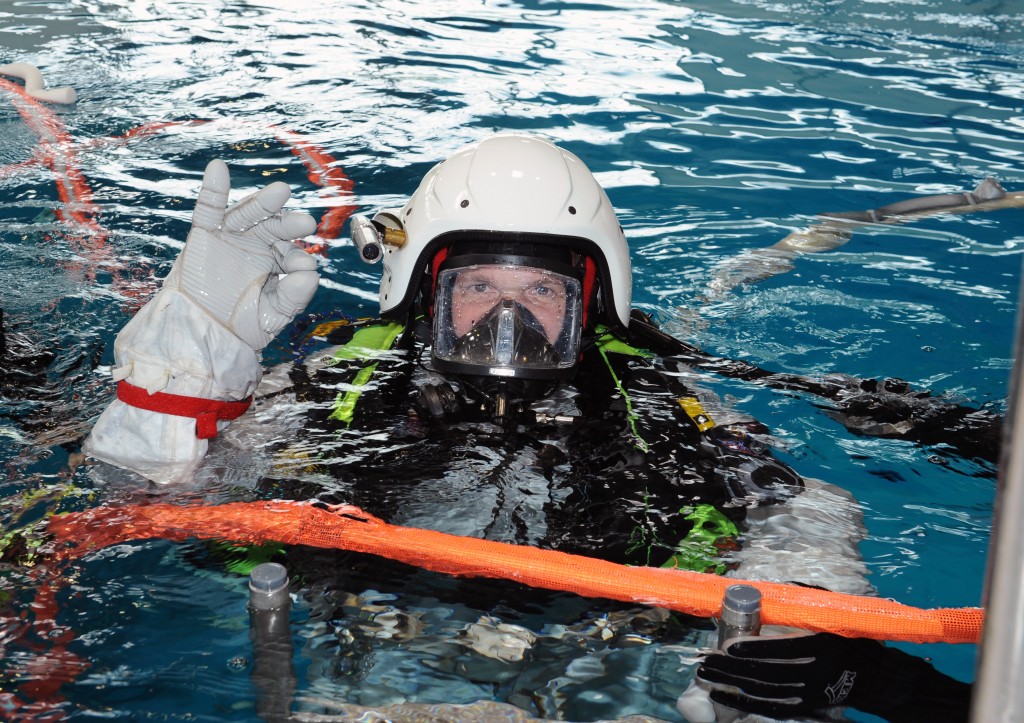 Alexander during training at EAC