Here’s what ESA astronaut Paolo Nespoli and crewmates Randy Bresnik of NASA (flight engineers) and Soyuz commander Sergey Ryazansky of Roscosmos will experience during liftoff (see infographic below for visual of each stage).

The Soyuz launcher delivers millions of horse-power to reach an orbital speed of 28 800 km/h. After the engines ignite they will propel the trio 1640 km in less than 10 minutes – averaging a 50 km/h increase every second for nine minutes.

There are three stages to reaching Earth orbit with the Soyuz rocket, each referring to a part of the rocket that uses its fuel and is then ejected to fall back to Earth.

The iconic four boosters are called the first stage. It takes only two minutes for them to burn up and deliver their thrust – by this time Paolo, Randy and Sergey will be flying 41 km high travelling at 8300 km/h and have travelled 39 km over land.

Roughly 30 seconds later the fairing and escape system is jettisoned too. The second stage has been firing all this time but runs out of fuel at roughly five minutes after liftoff. The second stage is ejected at a height of 176 km above Earth (they will have entered space by now) leaving the trio travelling at a speed of around 13 500 km/h. In just five minutes they will have travelled 500 km over land.

After the second stage is ejected the third stage ignites to give the final thrust to push our astronauts out of gravity’s reach. At almost nine minutes after liftoff the intense acceleration comes to an end when the third stage stops firing and falls back to Earth. With a final jolt the crew will feel weightless and be flying in space en route to the Space Station! 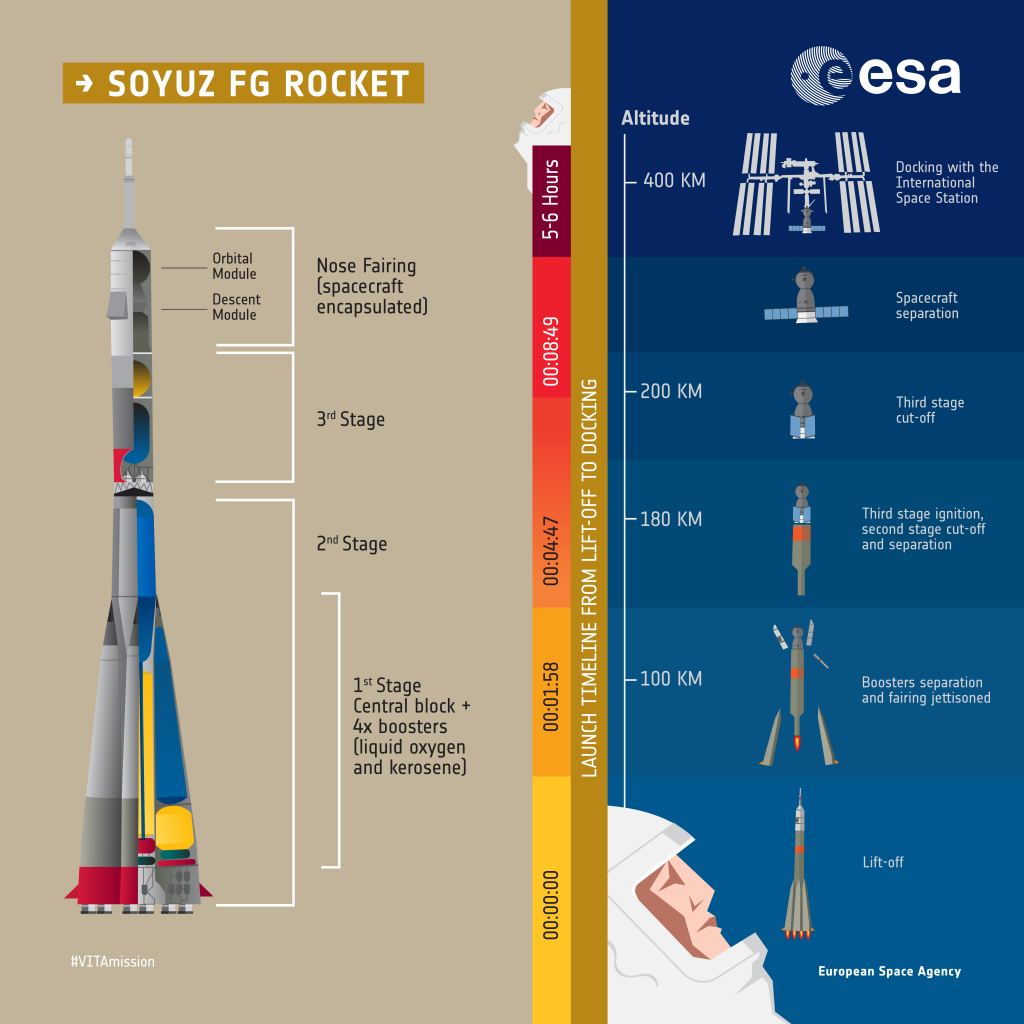 Learn more about Paolo Nespoli and Vita mission in infographics.

For a more detailed breakdown of the launch sequence, watch this video: