The two-day voyage to the Space Station 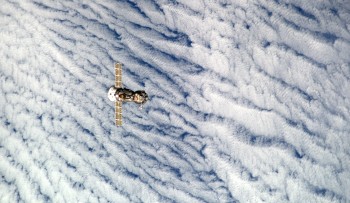 Thomas Pesquet, Oleg Novitsky and Peggy Whitson are in space circling Earth, free from the Soyuz launcher that released them from the clutches of gravity.

The Soyuz rocket put their Soyuz MS-03 spacecraft into a so-called insertion orbit. The spacecraft separated from the launcher in three stages, the last occurring at 20:28 GMT on 17 November. Orbital parameters from the spacecraft are radioed down so mission controllers can calculate their orbit and position in space.

The crew fired the spacecraft’s thrusters twice shortly after launch to increase their speed and raise their orbit even more, bringing them into the so-called phasing orbit. 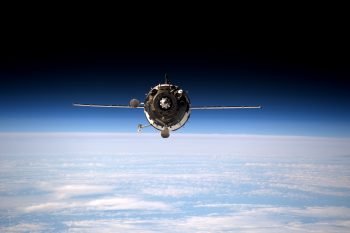 Now they are in space, the two-day flight is relatively calm for the astronauts with most operations running automatically. Contact with Earth is limited to when their spacecraft is flying over Russia and in direct line of sight with ground stations there. This means that they can only speak to mission controllers once every hour or so. The Soyuz spacecraft does not have internet, email or even a laptop.