Astronomers working at ESA and the European Southern Observatory (ESO) have observed asteroid 2012 TC4, a small asteroid that will make an unusually close flyby of Earth on 12 October. 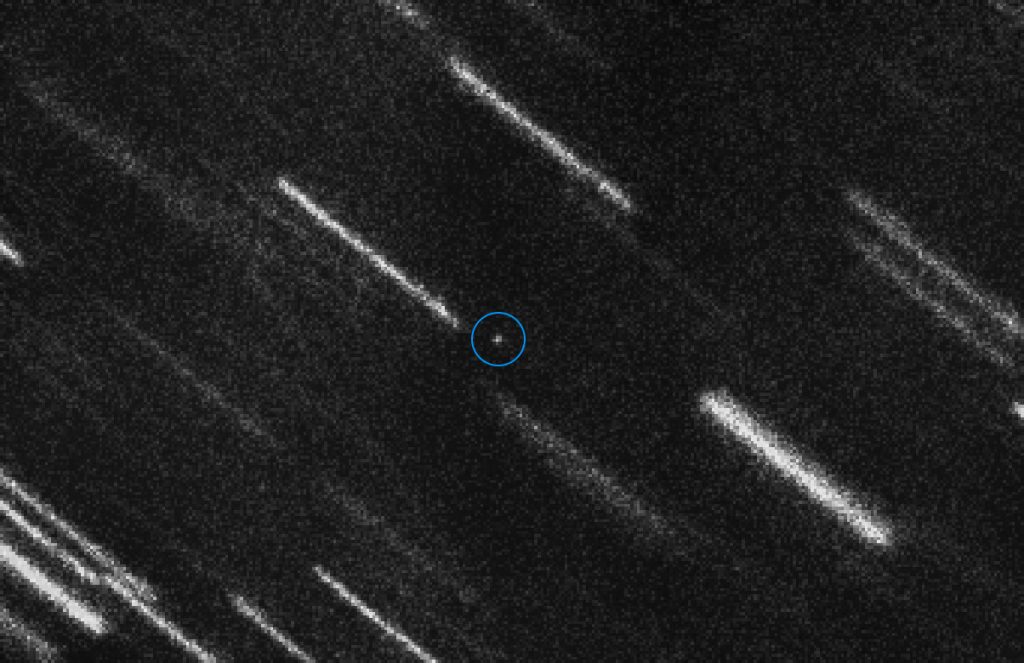 Near Earth Asteroid (NEO) 2012TC4 appears as a dot at the centre of this composite of 37 individual 50-sec exposures obtained with the FORS2 instrument on ESO’s Very Large Telescope (VLT), operated by the European Southern Observatory on Cerro Paranal in the Atacama Desert of northern Chile. The asteroid is marked with a circle for a better identification. The individual images have been shifted to compensate for the motion of the asteroid, so that the background stars and galaxies appear as bright trails. At magnitude 27, this is the faintest Near Earth Asteroid so far measured. Credit: ESO/ESA/O. Hainaut (ESO), M. Micheli (ESA), D. Koschny (ESA), CC BY-SA 3.0 IGO

On several nights in July and August, Olivier Hainaut, from ESO, and Detlef Koschny and Marco Micheli, from ESA’s Near Earth Object Coord Centre (NEOCC) at ESRIN, near Rome, used one of the European Southern Observatory’s 8.2-meter telescopes at its Very Large Telescope Observatory, in Chile, to spot the piece of space rock. These were the first observations of the small asteroid since shortly after its discovery in 2012. 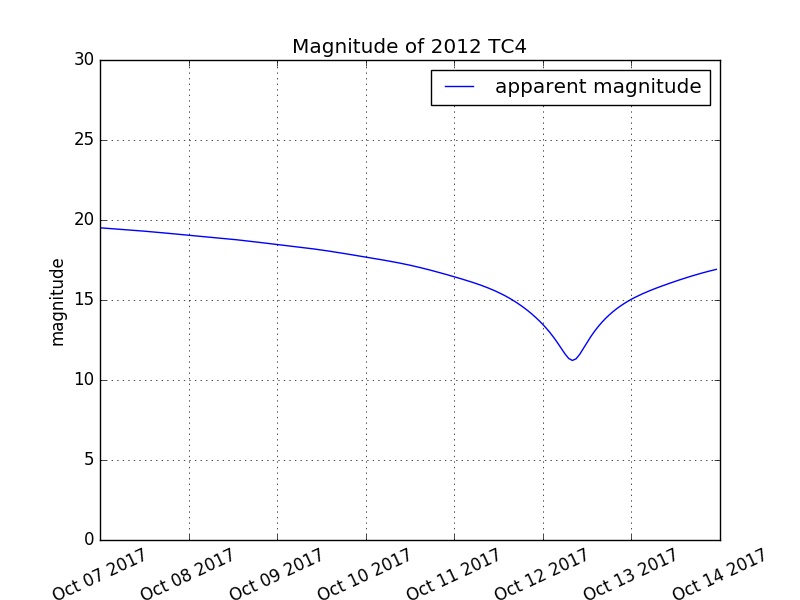 NASA will use the close flyby to test their network of observatories and scientists who work with planetary defense:

Additional observations of the asteroid are planned by NASA-funded and other astronomers, including those in the International Asteroid Warning Network, as part of an exercise of the recovery, characterization and reporting of a potentially hazardous object approaching Earth.

ESA supports the international asteroid effort through its NEOCC and through its leadership of the Space Mission Planning and Advisory Group (SMPAG), under Action Team 14, a technical forum with a mandate from the UN Committee on the Peaceful Uses of Outer Space (UNCOPUOS) to develop a strategy on how to react on a possible asteroid impact threat.