Editor’s note: Daniel Mesples took some time from an incredibly busy schedule to talk with us about the training and preparations for 5P launch at ESA’s ESOC mission control centre in Darmstadt, Germany.

Q. What is involved in the ‘Sim’ campaign?

DM: On 18 July, the Sentinel-5P team at ESOC began intensive simulation training. This training will test the abilities of the team to work efficiently during all phases of the mission and to react correctly to any unexpected – or expected! – contingencies. We’re especially focussing on LEOP, the launch and early orbit phase, which last three days, and in particular on the critical five-hour period following acquisition of signal – AOS.

During the simulations, the mission control team – about 40 people – is practicing working together and building their ability, which is crucial, to communicate effectively in case of any contingency.

During simulation training, the operations team try to forecast anything that could go wrong and have an emergency plan ready – with everyone knowing what he or she should do – for each option. Further, every step in the launch are tested, in a specific timeframe and sequence.

Q. Why is LEOP so important?

DM: Launch means intense vibrations and acceleration, and entering the challenging physical conditions in space, and these mean that if something is going to go wrong, it’s most likely during launch, just after separation and in the critical first hours until we get power and communications stable. 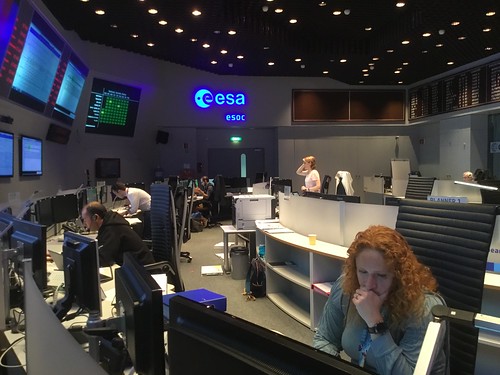 LEOP is the most critical phase, since our spacecraft will be surviving on batteries until we get the solar arrays deployed – and these will only last so long. If the satellite does not initialize correctly or does not deploy the solar panels, there is a high risk of losing the entire mission.

To avoid this, the teams train together, forecasting possible problems and learning how to solve them together as one team.

Q. Why do you mention ‘teams’, in plural?

DM: The mission control team is actually a ‘team of teams’. At the core is the flight control team – the engineers and myself who are dedicated to this mission.

For LEOP, we are supported by numerous additional functional teams from across ESOC; these include teams from flight dynamics, software, mission data systems, ground stations, the Sentinel project office at ESTEC and representatives from industry, who manufactured the satellite.

Q. How does a ‘Sim’ training session go?

DM: The teams use a spacecraft simulator, which is software designed to behave like the satellite. It, however, also simulates the ground stations and models how the Earth and Sun influence the satellite. 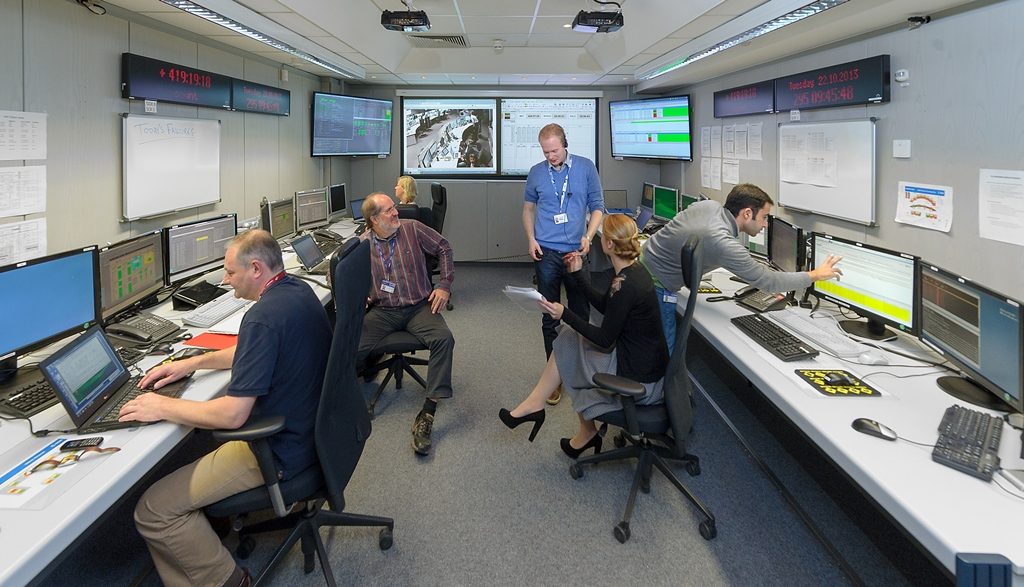 Simulation managers seen working in the Sim Control Room beneath the Main Control Room at ESOC for Gaia in 2013 Credit: Telespazio VEGA/J. Mai

We also make use of simulated ground stations, to learn how to work with the only interface we have to the real satellite, which is sending commands from a ground station to the satellite and receiving data – telemetry – back from space via a ground station.

DM: The total team is 40 people and they are divided into two shifts, A and B, of approximately 20 people each. This allows us to have 24 hr/day operations during LEOP, which is expected to run three days.

Each of the A and B team are trained for the same scenarios. Simulations involve different teams, which includes:

There is also a separate control room with workstations for the representatives of the satellite manufacturer, a dedicated room for industry partners. Every team communicate with each other via voice loop and all communications are recorded.

Q. What is the Sim campaign schedule?

DM: We started on 18 July and we are continuing until just before launch on 13 October, with 1 or 2 simulations run every week, lasting a full day. The simulations campaign consists mostly of contingency simulations but begins and ends with a nominal simulation.

The schedule has been intense and the team have mastered every contingencies, never letting a problem turn into a crisis. I am very proud to be part of such a motivated and dedicated team and am confident that we are ready for the challenges which lie ahead.