On 31 December 2015, ESA’s tracking facilities based on a 15 m-diameter full-motion S/X-band tracking antenna and its supporting facilities at Perth, Western Australia, were formally retired after 30 years’ service supporting some of Europe’s most ambitious and successful missions. We asked Manfred Lugert, responsible for ground facilities at ESOC, ESA’s operations centre in Darmstadt, Germany, about the highlights from three decades of tracking spacecraft and launchers from down under.

Q. Tell us about ESA’s Perth tracking facilities
For thirty years, the Perth tracking facilities were operated by ESA as part of the Agency’s worldwide ground-station network, Estrack, which is distributed over seven countries on four continents. The first Estrack stations were developed in the 1970s and since then the network has steadily evolved according to the needs of ESA’s space programmes.

Today, Estrack broadly comprises two sets of stations: a series of 15 m-diameter (and smaller) tracking dishes used mainly for satellites in low- and near-Earth orbits and for launcher tracking support, and a trio of much larger, 35 m-diameter dishes used mainly for deep-space missions like those to Mars or Mercury and for Lagrange point missions.

All Estrack stations are remotely controlled during daily operations from the Estrack Control Centre at ESOC. Engineers on site only provide real-time operations support when needed, for example, during critical mission phases, and can react quickly in any non-nominal situation.

Built initially at Carnarvon in 1985 then relocated to Perth in 1987, ESA’s Perth tracking facilities were a cornerstone of Estrack, due to the site’s optimal geographic location and the technical ability to track both satellites and, later in life, launchers.

The facilities provided routine and critical-phase telemetry, tracking and command (TT&C) support for many ESA missions, initial signal acquisition and launch support for Europe’s rockets and tracking and monitoring of satellite payloads during transfer orbits in the launch and early operations phase (LEOP).

Q. Talk us through the development of ESA’s tracking facilities in Perth
Starting in the 1970s, ESA began collaborating with Australia in a variety of projects particularly with regard to the provision of spacecraft and launcher tracking and operations support(1). 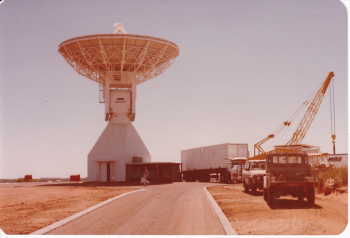 Upon completion of initial Giotto support in 1987, and with the pending closure of Carnarvon, the Overseas Telecommunications Commission (OTC(2); which later became Telstra), the Australian telecommunications company owning the Carnarvon Station and also providing the local operations and maintenance (O&M) services for ESA, disassembled, relocated and re-commissioned the entire facility, including the antenna, at the Perth International Telecommunications Centre (PITC), near the city of Perth, Western, Australia.

It is important to note that, at the time, PITC’s location in the Cullacabardee suburb on Gnangara Road was well away from the city’s population centre.

From there, until 2015, ESA Perth provided decades of reliable and technically excellent TT&C support for European launchers and ESA satellites such as Hipparcos, Giotto’s ‘second mission’ (its encounter with Comet 26P in 1990), XMM-Newton, SMART-1, the Sentinels, Cluster and many others. These included many of ESA’s highest-profile Earth observation, science and navigation missions.

It also supported missions owned by ESA partners including the French space agency (CNES) and Eumetsat.

Q. What are some of the highlights of Perth’s tracking history?
In 30 years’ history, there are many examples of technical and tracking operations excellence. Here are a few of the more recent:

The final operational usage of Perth antenna was for launcher tracking during the dual Galileo satellite (Nos. 11 and 12) launch on board Soyuz, 17 December 2015.

Q. Why is ESA’s Perth antenna being decommissioned?
The antenna’s lifecycle in Perth, Western Australia has ended, ironically, not through any technical obsolescence, but rather through very human factors: population expansion, man-made radio noise and the increase of radio frequency spectrum usage in the Perth urban area.

The ever-growing metropolitan area of Perth now surrounds the PITC compound, making it increasingly difficult to ensure a radio-interference-free environment in the critical S-band frequencies and resulting in conflict in allocation scarce frequency spectrum.

Ultimately, the growing demand of Perth’s citizens and businesses for Internet access based on fixed wireless (WiMAX) technology and in particular the need to support TV Outside Broadcasting (TOB) led the Australian Communication and Media Authority (ACMA) to stop granting a license for the use of S-band frequencies by ESA’s Perth antenna effective at the end of 2015. 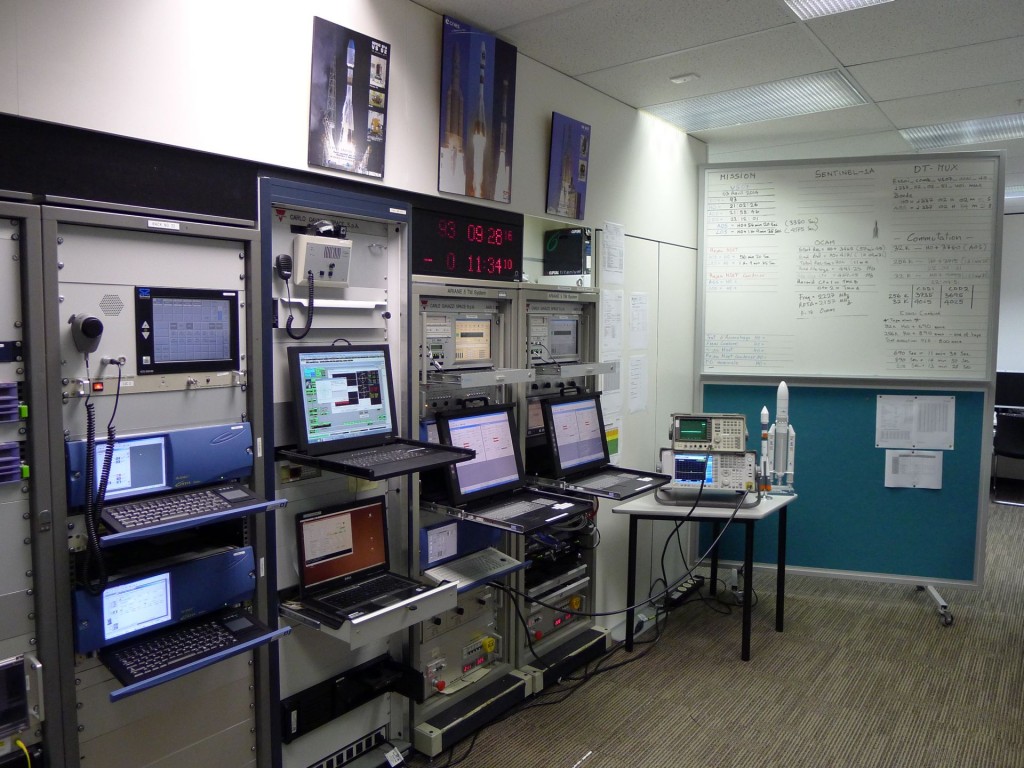 Q. What is ESA doing to maintain the capabilities previously provided by the Perth antenna?
Australia’s west coast is ideal for catching signals from newly launched rockets and their satellite payloads launched from Europe’s Spaceport in Kourou, French Guiana.

These typically head east across the Atlantic, and approximately 50 minutes after lift-off, can be seen from Western Australia. Also visible from here: the moment when spacecraft separate from the launcher, and the critical start of satellite operations in space. The location is strategic for ESA and so the services previously provided by the Perth antenna are being transferred to new locations.

The pending 2015 end-of-licensing permission for the antenna has been known for a number of years, and ESA has carefully planned a transfer of its service capabilities as part of the ESTRACK network evolution strategy.

Perth’s routine TT&C services in support of low- and near-Earth missions will be taken over by commercial service providers, including SSC Australia, who operate the Western Australia Space Centre near Dongara and the city of Geraldton, 400 km north of Perth.

For the critical X-band acquisition and LEOP support of future ESA missions as well as for launcher tracking, ESA have developed a new, specialised 4.5 m acquisition antenna co-located on site with ESA’s existing 35 m-diameter deep space antenna at New Norcia.

As was previously possible with the Perth antenna, the new antenna can acquire X-band as well as S-band signals from newly launched satellite, and then ‘slave’ control the larger antenna to conduct the actual initial TT&C or launcher tracking support.

Editor’s note: See “Tracking new missions from down under”

Q. What does this mean for ESA’s industrial support partners in Australia?
For many years after the 1987 establishment of Perth antenna at PITC, the facility was managed on behalf of ESA by Australia’s Overseas Telecommunications Commission (OTC), which later became Telstra(3), a well-established Australian telecommunication company.

Telstra had already developed operational experience tracking space missions such as Meteosat and Giotto from the Carnarvon station. The PITC facility is today still owned by Telstra.

The involvement of ESA in Perth started with the initial contract for O&M support established between OTC and ESA in 1986. 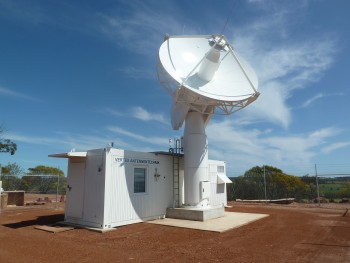 Since 2012, following a series of acquisitions and mergers, Inmarsat Solutions B.V. Australia, well known for its global mobile satellite communication services and the main antenna operator at the Telstra-owned PITC, has provided on-site O&M services for the ESA facilities in Western Australia.

In the intervening years, due to a number of industrial realignments, responsibility for on-site services were fulfilled by several companies, including Station 12 B.V., Xantic B.V. and Stratos Global.

ESA tracking activities from Perth were have been so successful due, in large part, to the continued support and development of expertise by our Australian industrial partners.

(1) In fact, ESA’s activities down under began more than 40 years ago with the launch of Europa from the Woomera test range by ELDO – the European Launcher Development Organisation – which later became the European Space Agency.

(2) The Overseas Telecommunications Commission (OTC) owned and operated both the Carnarvon and Perth sites until the 1990s.