The actual performance of the fourth burn – ARM#4 – has been assessed and the result shows a 1.4% over-performance in ‘deltaV’ (change in speed) for the burn. This means the resulting LPF orbit is slightly larger than that planned, with a period a few mins longer than predicted.

The fourth apogee-raising manoeuvre (ARM#4) is complete. The initial assessment again shows an excellent performance, similar to the three previous orbit-raising burns. The targeted ‘delta V’ (change in speed) of 806 m/sec was the largest within all the six planned orbit raising burns. ARM#4 raised the LISA Pathfinder apogee to about 430 00 km. Once a detailed orbit determination has been done by flight dynamics, the mission control team will start planning for the ARM#5 manoeuvre, set for 9 December at 23:55 UTC (10 December 00:55 CET). 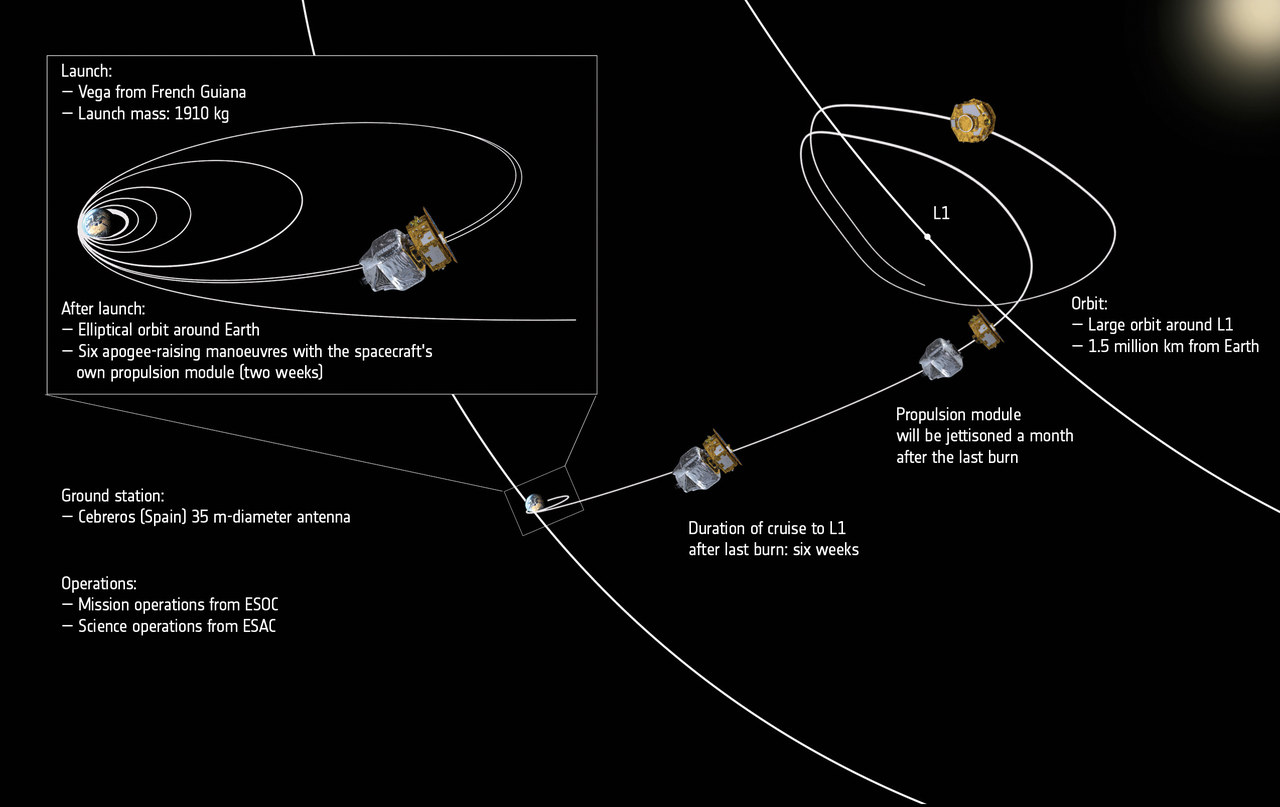