This image was captured by Marco Langbroek, Leiden, The Netherlands, on 11 September 2015.

It shows the Fregat upper stage carrying Galileo satellites 9 & 10 over Northern Europe, after separation from Soyuz launcher VS12, just 22 minutes after lift off from ESA’s Spaceport in Kourou. 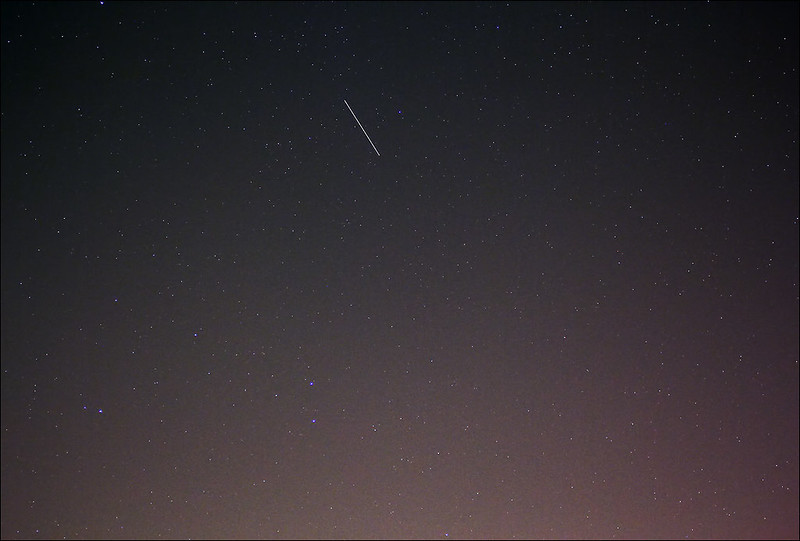 View direction is towards the Northeast. In the lower left corner are stars from the front paw of Ursa major.

Conditions were mediocre: the sky was a bit hazy, which in my urban environment means more trouble with light pollution (the orange glow on the image). The Fregat upper stage was nevertheless easy to see with the naked eye after shadow exit at about 40 degrees elevation, attaining a brightness of magnitude +2 (about as bright as the Big Dipper stars). Descending towards the horizon it quickly got fainter until I lost it in a combination of haze and light pollution about a minute later.

Thank you for sharing! See more of Marco’s astro-photography work via: https://sattrackcam.blogspot.nl/