The #100MinuteMission: getting ready for space!

The core capability to fly IXV comes from expertise contributed by European industry and institutes, the Agency’s launchers team and the IXV project office. “In addition, an extraordinary team of engineers from ESOC, ESA’s mission control centre, will work at the IXV Mission Control Centre (MCC) in Italy, the tracking stations in Africa and on board the recovery ship,” says Giorgio Tumino, ESA’s  IXV Project Manager. After a number of colleagues ‘disappeared’ in the past few days, we’re finally starting to hear back from them – here’s an update from Africa! The first report below was sent in by ESA’s Juan Vizcaya, an Estrack engineer from ESOC.

Excuse the delay, but as you can imagine, we are really busy these days preparing the activities for the launch. Here a short description.

The Intermediate eXperimental Vehicle (IXV) is an ESA experimental reentry vehicle intended to validate European reusable spaceflight technology in the frame of the Future Launchers Preparatory Programme. The IXV spaceplane will take off from Kourou on 11 February 2015 on board Vega flight VV04, flying over the equatorial plane with a first acquisition of signal set for the Libreville ground station (Gabon), followed by the Malindi ground station (Kenya) and a re-entry phase over the Pacific Ocean, where a naval station will acquire signals during the final descent of the IXV vehicle until splash down into the sea, where a team led by ESA and industry will recover the vehicle.

The IXV team deployed to Gabon, arriving at Libreville on 18 January 2015. In the weeks since then, the team performed the integration and validation of the IXV telemetry kit that will acquire the first telemetry (on-board status and housekeeping information) from the IXV vehicle after launch.

This week, the IXV team at Libreville completed the Mission Readiness Tests with the Mission Control Centre (MCC) in Turin, Italy. Tests went well and the team are looking forward to launch on 11 February.

And, via ESA’s Estrack engineering team member Robert Launer, who will be at MCC Turin for the IXV flight, a nice team photo of the ASI (Italian space agency) engineering team in Malindi, Kenya. The MAL station team have also been conducting system validation and readiness tests in preparation for next week. 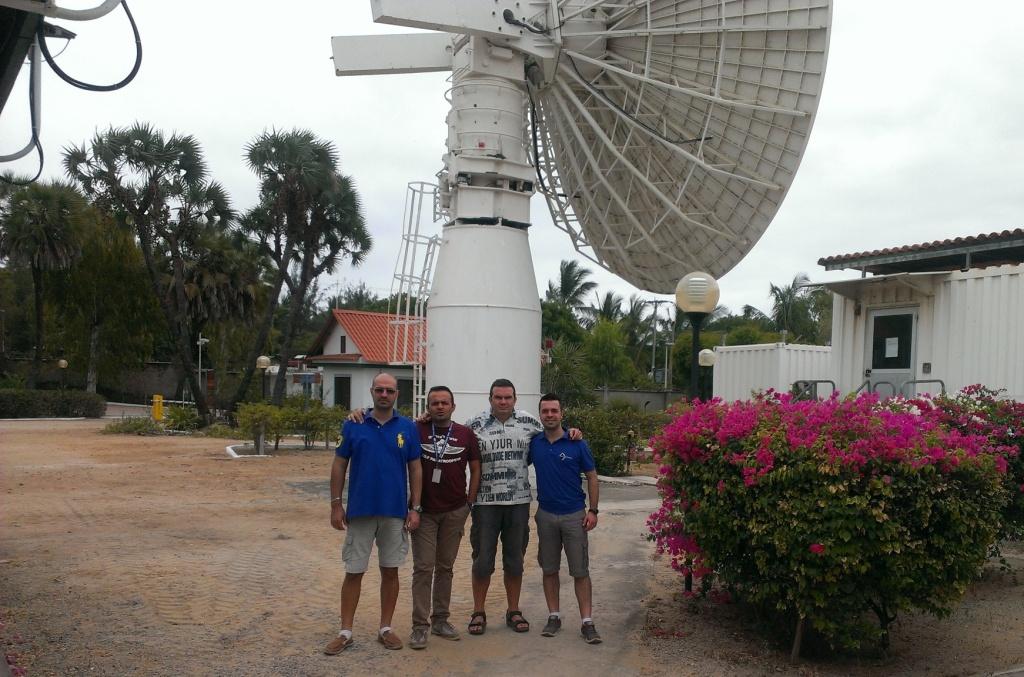 Finally, from the Pacific Ocean just south and west of Panama: the tracking station engineering team on Nos Aries. 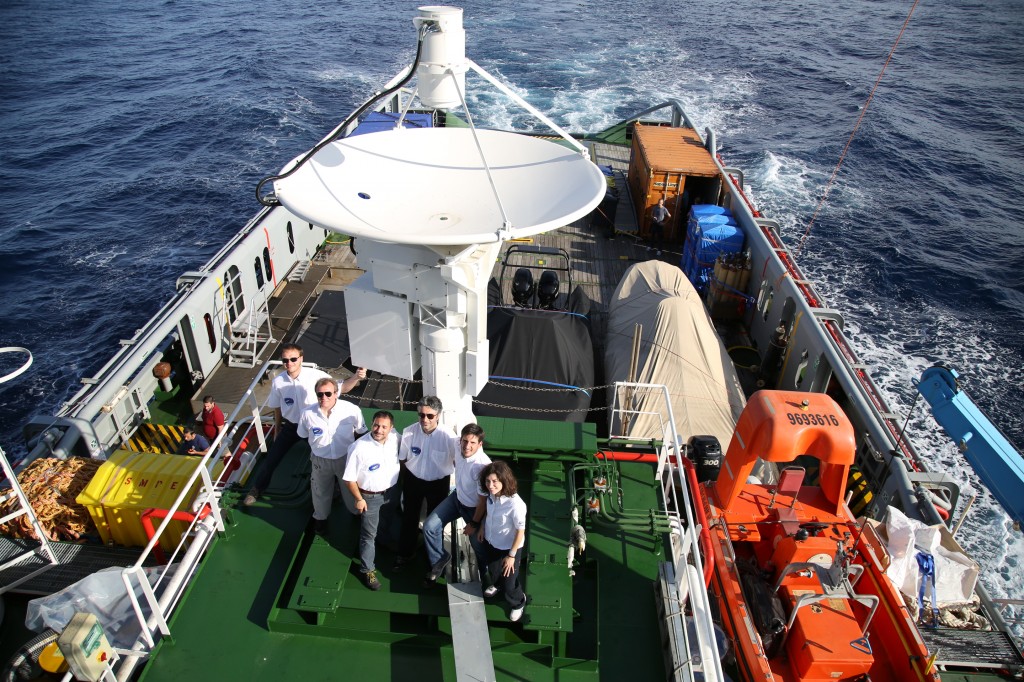 The IXV tracking team on the recovery ship Nos Aries includes ESA’s Guillermo Lorenzo (2nd from right). We’ll add the other team names as soon as we get them! Credit: ESA