Editor’s note: This post is a more detailed version of an article posted earlier in the main ESA website.

This month, Integral – one of ESA’s longest-serving and most successful space observatories – is conducting a series of thruster burns carefully designed to optimise its scientific life while ensuring a safe re-entry in the 2029. 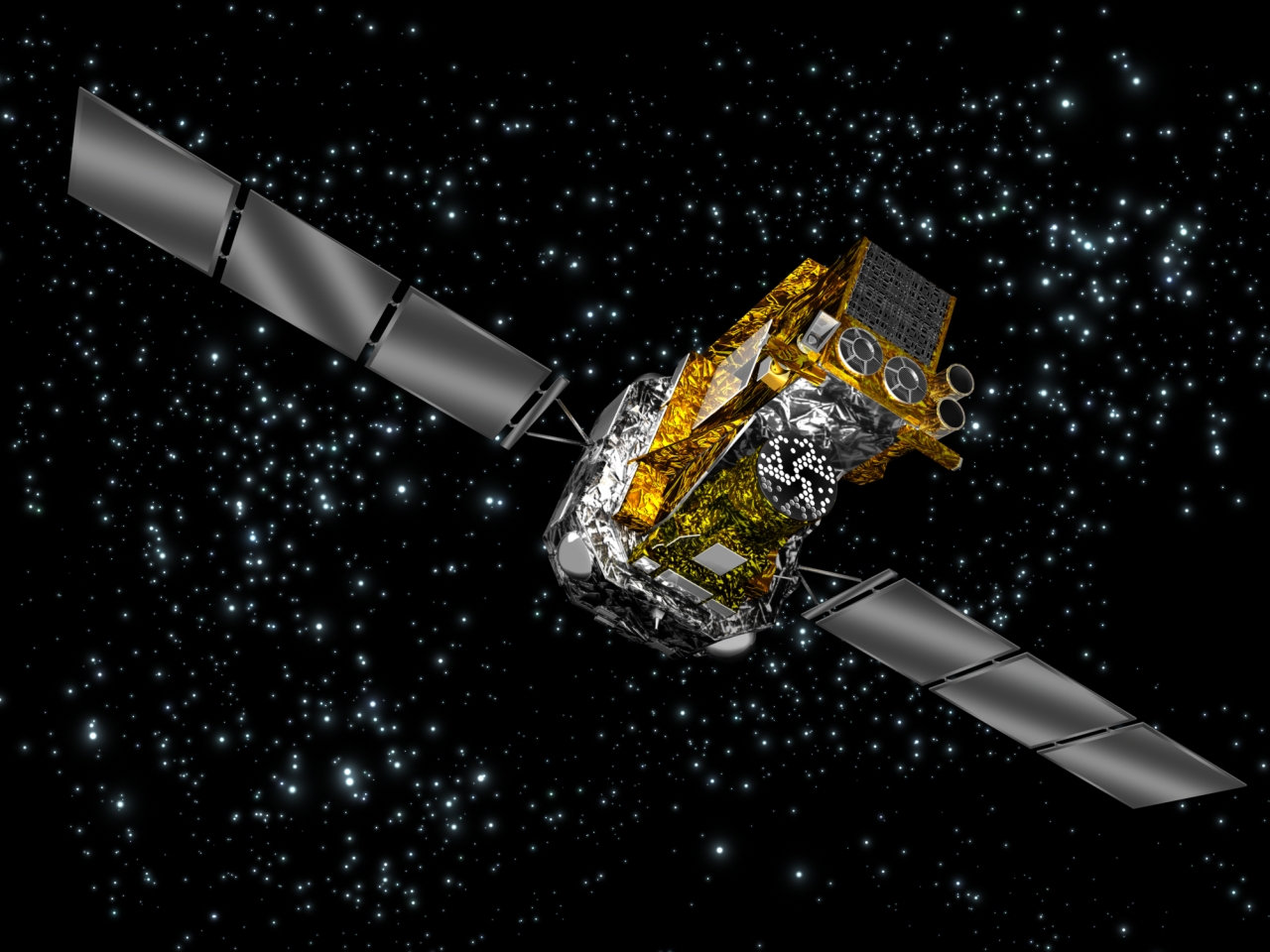 ESA’s Integral observatory is able to detect gamma-ray bursts, the most energetic phenomena in the Universe. Credit: ESA/Medialab

Since 2002, ESA’s Integral spacecraft has been observing some of the most violent events in the Universe, including gamma-ray ‘bursters’ and black holes (see Celebrating 10 years of Integral science). The spacecraft is in excellent shape and promises to provide many more years of incredible astronomy.

There was about 96 kg of fuel left available on board prior to starting the manoeuvre campaign, which may seem like a lot. But a little bit gets used every week to keep it in its desired orbit and maintain its orientation, and sometime in the next decade, its fuel supply will inevitably run out.

Presently, when that happens, Integral would continue for a while on its last trajectory, but under the influence of natural perturbing forces, its orbit would start to evolve and increasingly unpredictable.

The main causes of the orbital evolution of Integral are Earth’s oblateness and luni-solar gravitational perturbations, which act on all of the orbital parameters and are largely responsible for the variations in apogee, perigee and inclination. Other forces, such as solar radiation pressure, are small in comparison.

Models of its orbital evolution after fuel exhaustion show no re-entry within at least 200 years; after that, it would be anyone’s guess. With a possible re-entry and impact anywhere on the earth’s surface, during this time Integral poses an occasional hazard to other satellites as its orbit varies.

Furthermore, the risk to any person due to any re-entering fragments that reach the surface must be less than 1 in 10,000.

Note that the current guidelines are not applicable to integral since it was launched before they were formulated, nevertheless for the design of the Integral disposal strategy they were assumed as applicable.

The aim of the manoeuvres this month are to shift its orbit now, so that in February 2029,  the satellite’s orbit will naturally decay and it will re-enter in a predictable and safe way, well within the 25-year limit.

As Integral Operations Manager Richard Southworth points out, the current manoeuvre campaign will limit the impact risk on ground to between 1/28 000 to 1/20 000 000 – well within the debris guidelines (of 1/10000).

The first of the three thruster burns was performed on 12 January. It delivered a small change in orbital velocity, and hence size and shape of the orbit, so that ESA’s Perth, Australia, ground tracking station would become usable for the satellite for all future orbital manoeuvres.

On Saturday, 24 January, the Integral flight control team at ESOC will conduct the second and largest of the four planned burns, expected to run for about 32 minutes and deliver ‘delta-v’ – change in velocity – of 13 m/second.

The next burn is planned for 4 February (set for about 7 m/s delta-v), with a final touch-up manoeuvre ( a very small one) on 12 February. The final one will give any needed trimming to the orbit as well as provide favourable coverage for the rest of the mission from the Kiruna, Sweden, station.

Developing the complex manoeuvre plan has taken years of work by the mission operations and mission science teams, but it will set Integral onto a sustainable course for the rest of its mission.

“The FCT has been working very intensively on this disposal campaign and the future revised science mission since spring 2014,” says Southworth.

“The collaboration between flight dynamics, ESA’s Space Debris Office and ground stations support with the Integral flight control team has been superb throughout this time, allowing us to plan a safe, robust and achievable campaign within a short time frame,” he adds.

Best wishes for a successful campaign!