Dragon lofts cargo to the ISS

Some photos sent in over the weekend by a pair of very keen astro photographers in The Netherlands!

The first: this excellent image was acquired by R. Vandeburgh from Holland on 18 April 2014, just minutes after last week’s lift off on a mission to transport supplies to the ISS. 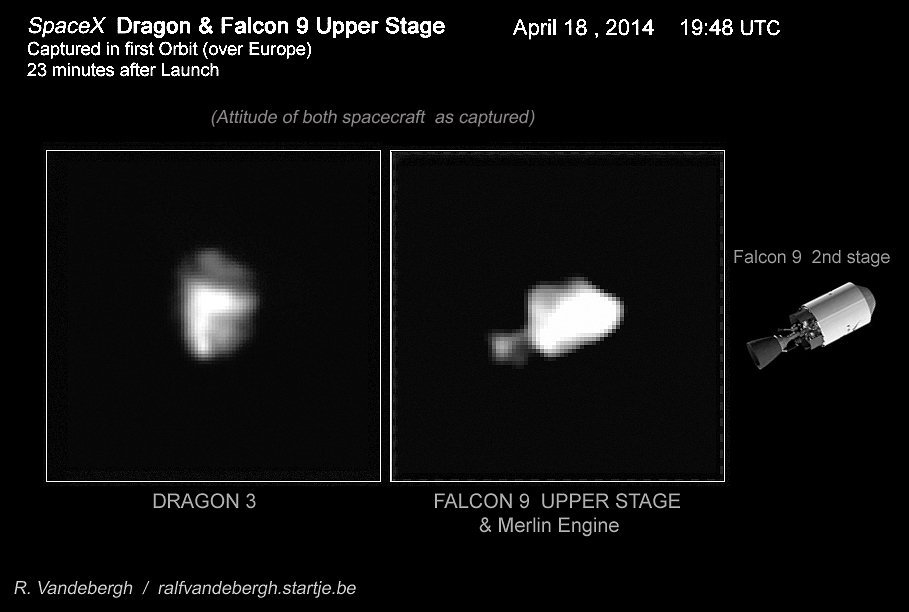 Amongst its vital cargo: ESA’s  Gravi-2 experiment, investigating how sensitive plants are to gravity. (This kind of experiment is important for missions to faraway planets where astronauts will rely on plants for food, oxygen and waste recycling. Establishing a human outpost on Mars will require a certain amount of self-sufficiency and growing plants for consumption is essential.)

An amazing sight on the evening of Friday, 18 April: the Dragon spacecraft and its rocket upper stage and other debris surrounding the pair seen orbiting 23 minutes after the launch over Europe. Binoculars provided the most dramatic view. The Dragon and the rocket were a close pair, with one of the two a little brighter.

Two fainter dots were surrounding the pair and they were flickering; these were the tumbling solar panel covers just after they had ejected a few minutes earlier. The telescope can zoom in only at one item at the same time, of course, but here are some dramatic detailed shots of the sequence I managed to obtain manually. Note the rocket engine!

Thank you, Ralf, for sharing your excellent images!

Next, a great image and a video from Marco Langbrock, in Leiden, from the day after launch.  Marco wrote:

This shows the SpaceX Dragon CRS-3 passing low in the southern twilight sky
(about 25 degrees elevation). It was easily visible by the naked eye, about
magnitude +1.5. It was chasing about 1m 12s behind the ISS, which is shown in another picture. 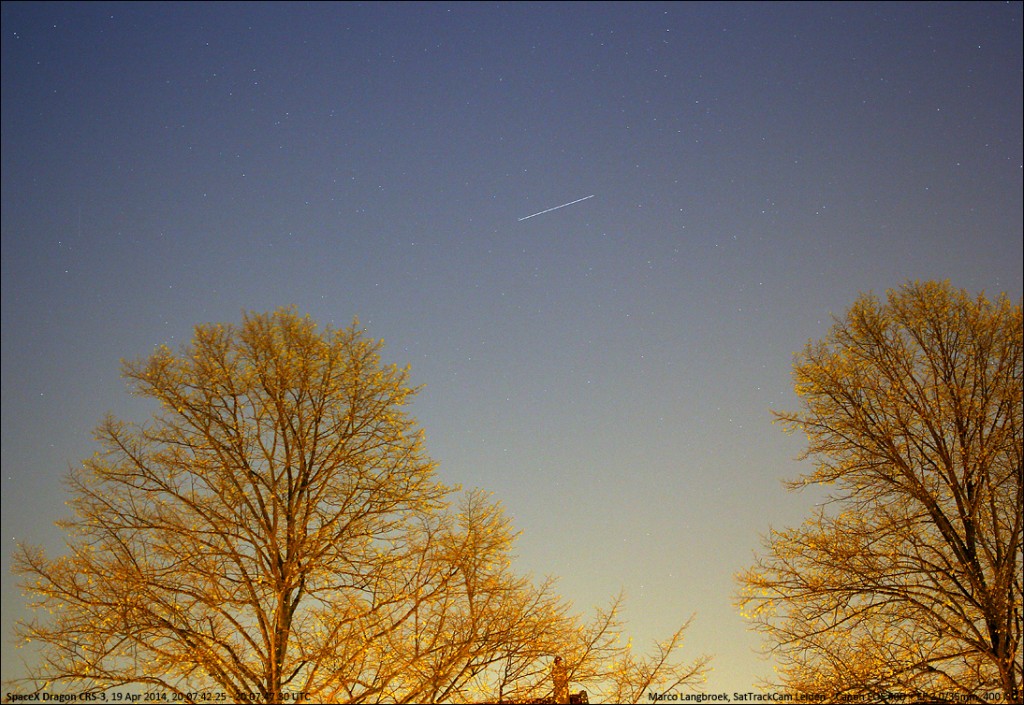 There are more images in his site, and he’s posted a video in YouTube (embed below; click on the video for full size).

Thanks, Marco, for sharing!