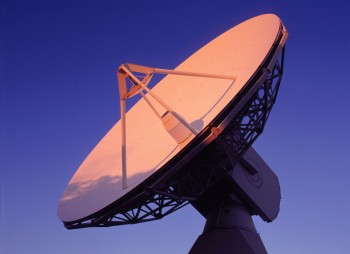 In addition to tracking satellites in Earth orbit (or 5AU away in deep space), ESA’s Estrack station network can also receive signals from launchers.

Today, a team of ESA engineers from ESOC supported by an industry contractor team will be at the Agency’s 15m station in Perth, Australia. The station normally supports ESA’s XMM and Cluster missions and the and Metop missions, and has provided LEOP support to many others in the past.

The team at Perth will track the Soyuz flight that will loft Sentinel-1A into orbit; lift-off from Kourou (Sinnamary) is set for 21:02:31 GMT (L0), and Perth expects to acquire signals (AOS) at L0 + 56min:20secs and tracking should last until L0+1h:9min:30secs (LOS). Specifically, Perth will track the Fregat upper stage after it has separated from Soyuz and delivered Sentinel-1 into orbit.

Robert Launer, based at ESOC but working in Perth today, explained earlier that this will be the 12th time that Perth station has provided launcher tracking.

Other Estrack stations have provided such support, too; the station at Santa Maria has tracked Ariane 5 lift offs with ATV, Soyuz launches for Galileo and Vega launches for LARES.

Today, several non-ESA stations will support launcher tracking as well: the Galileo station in Kourou and the station at St Hubert, Quebec. 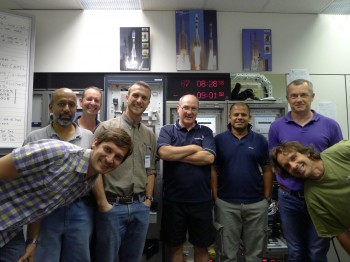 “We’ll receive telemetry (TM) from the Fregat upper stage over Perth, and pass the data directly to CNES at Kourou,” says Robert.

In addition to downloading routine launcher TM, the station will enable the download of data from the OCAM – the Online CAMera System – on Fregat, similar to the STEREX system used on Ariane 5 to record ATV separation.

If it all goes as planned, Fregat may be able to record images of Sentinel-1 separation, which will have happened a bit earlier, over St Hubert station.

The team have been out at Perth for several days now, taking part in the final round of ‘dress rehearsals’ with Kourou, the launcher control centre.

By the time you read this, they will already be ‘on console’ (beginning at L0-10 hrs), and ready to track.

Video below shows ATV-4 separation from Ariane in 2013