Great news in from our colleagues at ESA’s Optical Ground Station, Tenerife, Spain. We’ll post details as soon as we get them…

Background on this fantastic series of tests:

An advanced laser system offering vastly faster data speeds is now ready for linking with spacecraft beyond our planet following a series of crucial ground tests. Later this year, ESA’s observatory in Spain will use the laser to communicate with a NASA Moon orbiter. 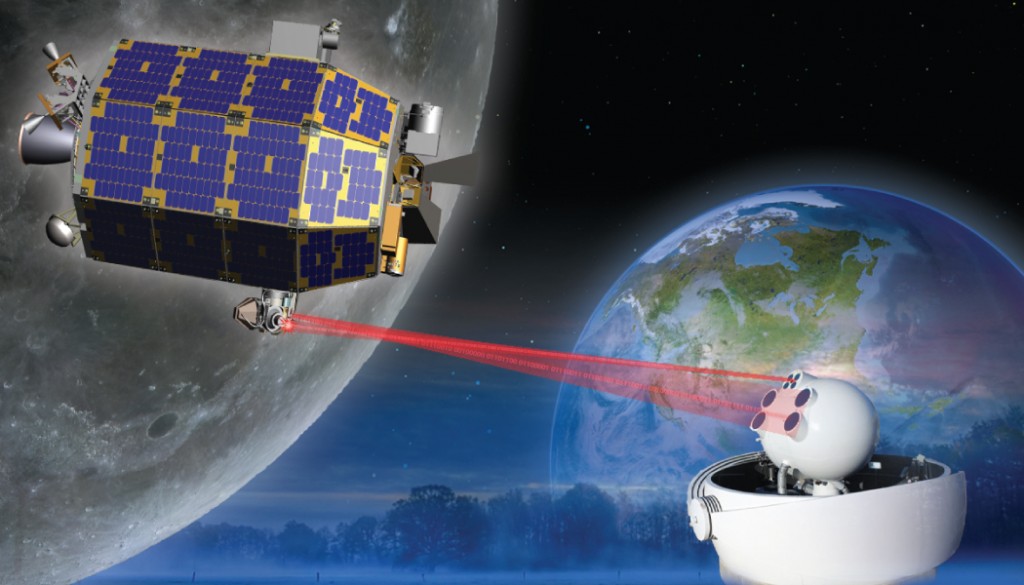 The laboratory testing paves the way for a live space demonstration in October, once NASA’s Lunar Atmosphere and Dust Environment Explorer – LADEE – begins orbiting the Moon.

LADEE carries a terminal that can transmit and receive pulses of laser light. ESA’s Optical Ground Station on Tenerife will be upgraded with a complementary unit and, together with two US ground terminals, will relay data at unprecedented rates using infrared light beams at a wavelength similar to that used in fiber-optic cables on Earth.