GOCE: Getting the most out of a mission

After more than four years mapping Earth’s gravity with unrivalled precision, ESA’s GOCE mission will soon be over: In mid-October, the mission will come to a natural end when it runs out of fuel and the satellite begins its descent towards Earth from a height of about 224 km. 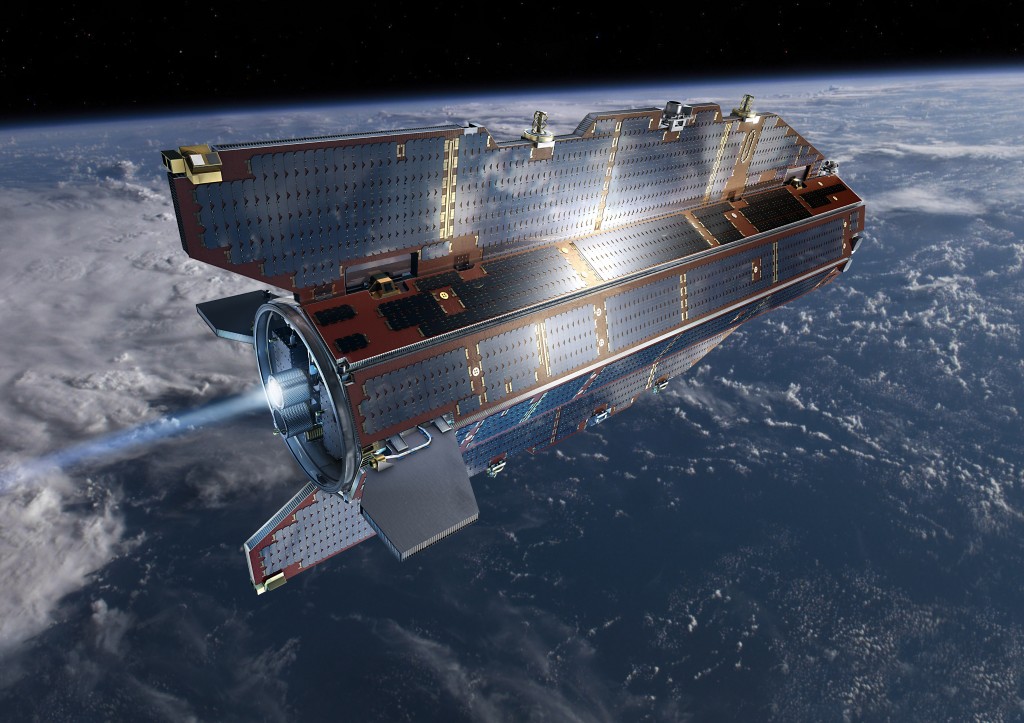 GOCE orbit is so low that it experiences drag from the outer edges of Earth’s atmosphere. The satellite’s streamline structure and use of electric propulsion system counteract atmospheric drag to ensure that the data are of true gravity. Credit: ESA /AOES Medialab

The satellite’s final days will be closely monitored by the mission control team at ESOC, ESA’s operations centre, Darmstadt, Germany.

Below, Spacecraft Operations Manager Christoph Steiger has provided an update on estimates of the craft’s final fuel run-out date.

GOCE is indeed not far from running out of fuel for its ion propulsion system. We expect to deplete fuel between now and end of October, probably in about two weeks from now.

Once GOCE has run out of fuel, the orbit will start decaying. It will take about two to three weeks before the spacecraft re-enters the Earth’s atmosphere.

We will initially keep operating the spacecraft, switching it off when its subsystems stop working due to the harsh environmental conditions at lower altitudes. This marks the end of activities for the GOCE flight control team.

The descent and the final re-entry will be monitored closely by ESA’s Space Debris Office, in the frame of an international campaign of the Inter-Agency Space Debris Coordination Committee (IADC).

We have collected a wealth of science data over the last 4.5 years. GOCE has lasted much longer than the originally planned 20 months thanks to the low solar activity in the last few years. To get even more precise gravity measurements, in its last year of life, the orbit of GOCE was lowered from 255 km down to an extremely low altitude of only 224 km. The results are fantastic – we have obtained the most accurate gravity data ever available to scientists.

Personally, I feel sorry to see GOCE, a project on which I have spent seven intense years,  come to end. Then again, it is also a good feeling to know that we have really gotten the most out of this mission before its natural end – much more than what we could have hoped for.