Preparations are well on track to launch SEOSAT-Ingenio from Europe’s spaceport in French Guiana in November. Most of last week was dedicated to ‘leak tests’ where the propulsion module’s tank, valves and thrusters were tested at the ‘maximum expected over pressure’ to verify their status and performances prior to the fuelling operations.

All went very well and tomorrow, Tuesday 13 October, the satellite will be transported to the Filling Hall where it will be loaded with 80 kg of Hydrazine fuel before the end of the week.

Last week, the Kourou team also carried out the ‘spacecraft internal countdown rehearsal’, supported by the Launch and Early Orbit Phase team at ESA’s European Space Operations Centre in Darmstadt, Germany. This exercise verifies nominal and contingency spacecraft procedures for the night of the launch. 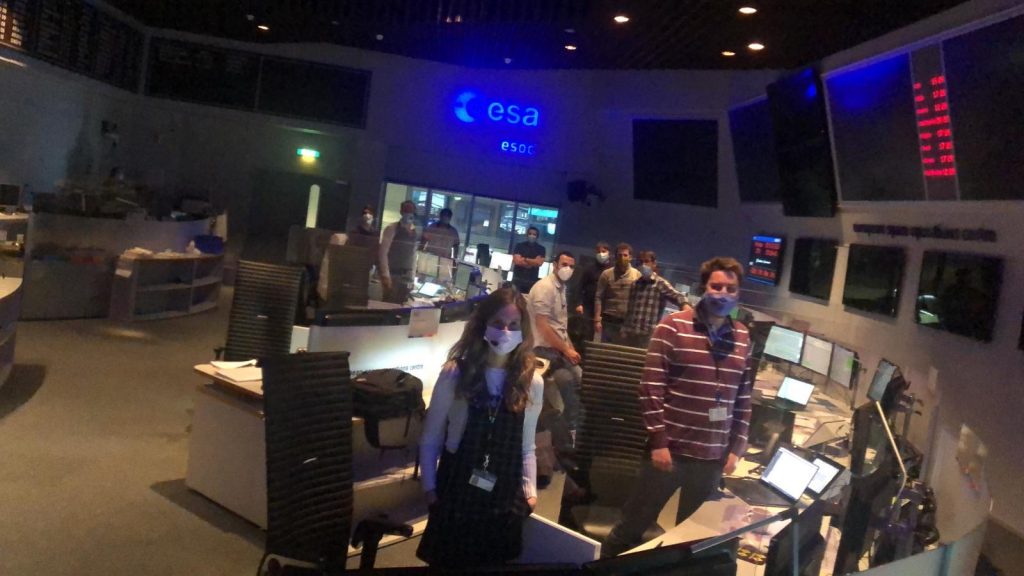 Things are also progressing at the launch pad. The Vega rocket first stage ‘P80’ was move to the launch pad last Monday and then the second stage ‘Z23’ was integrated on Friday.