Things are progressing well at Europe’s spaceport in French Guiana where the SEOSAT-Ingenio satellite is being prepared for liftoff. Last week, the team did a series of health checks, that confirmed the good conditions of the satellite. 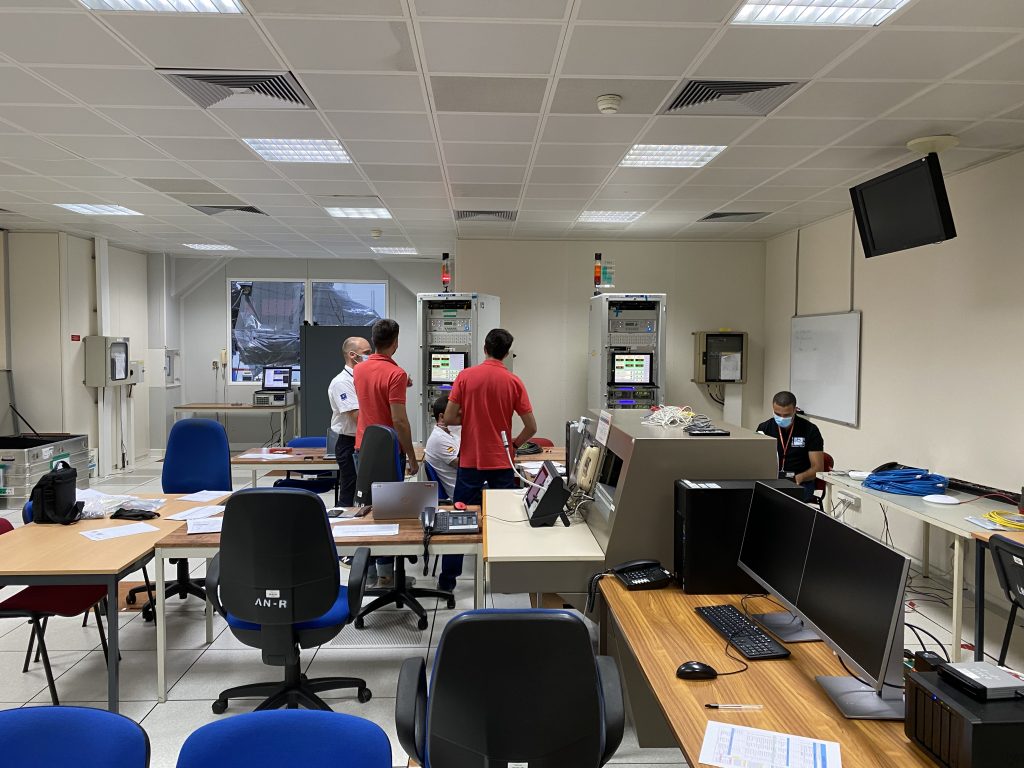 The team in the EGSE room during testing (Credits: ESA)

For the tests, the satellite was first positioned in horizontal and then moved into a vertical position, to allow the engineers to easily access different parts of the craft.

Also the three solar array panels were checked and these tests have made sure that everything is in good working order. 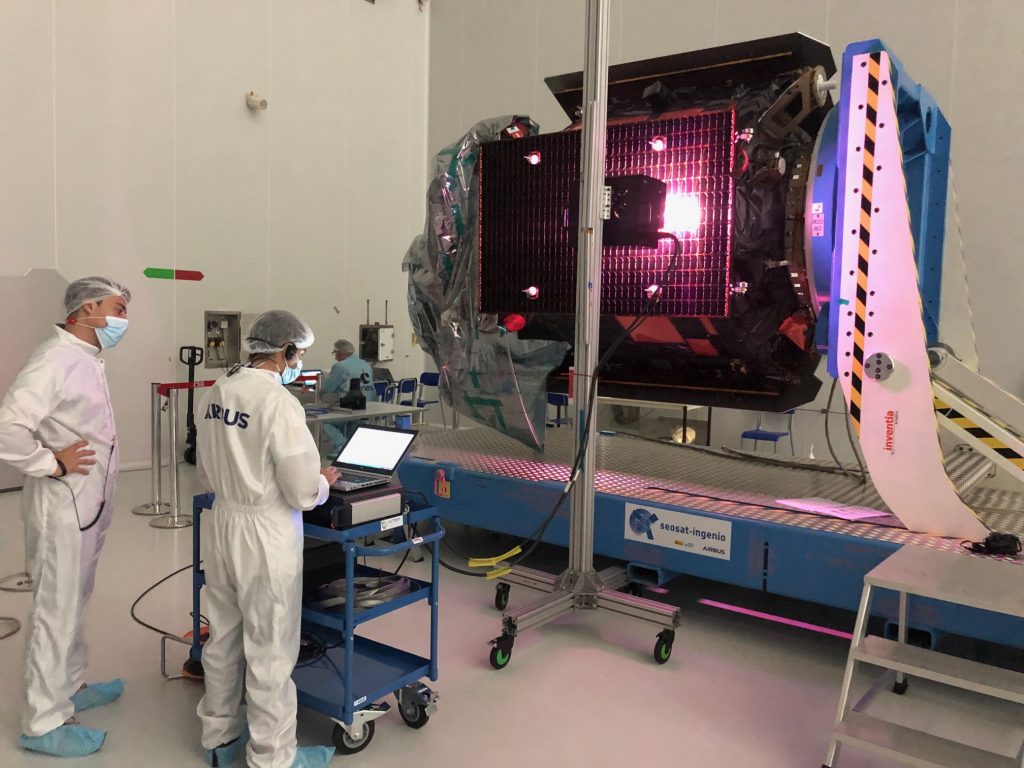 As well as preparing SEOSAT for launch, the launch campaign also involves setting up communications links between Kourou and ESA’s European Space Operations Centre (ESOC) in Germany. So ESOC used this opportunity to fine tune their communication system and confirmed the reception of telemetry from the satellite.

Everything is ready to continue to the next stage of the launch campaign.