SEOSAT-Ingenio unveiled and switched on

Following its arrival at Europe’s spaceport in Kourou, French Guiana, on 24 September, the SEOSAT-Ingenio transport container was cleaned and left to stabilise for one night in the airlock of the payload preparatory facilities, ready for opening the following day.

On 25 September, the satellite was removed from its transport container and transferred to the main cleanroom, where it will remain for the next two weeks being tested and prepared for liftoff. At the same time, the electrical ground support equipment (EGSE) was unpacked and moved to the EGSE room to be set up for the tests that will be performed. 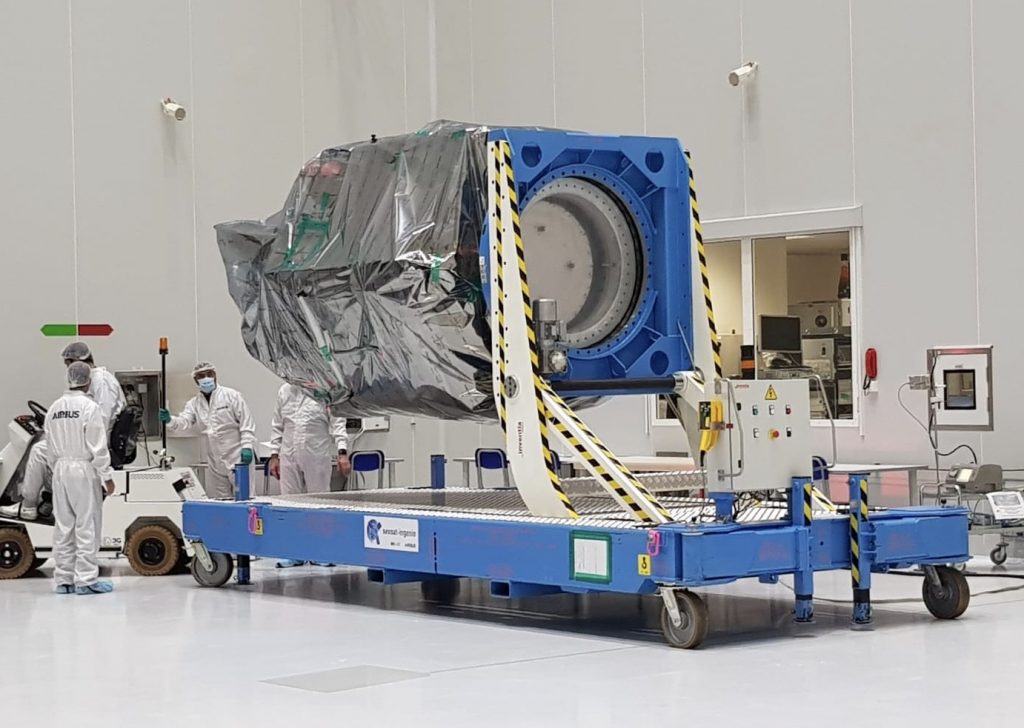 SEOSAT-Ingenio in the cleanroom (Credits: ESA)

Yesterday, the SEOSAT satellite was placed on its integration trolley for testing and connected to its electrical equipment. Then it was first switched on – always a tense moment, but everything went well.

Starting today, a global health check of the spacecraft will be performed until the end of the week, to verify the good conditions of all the spacecraft subsystems.