Now that Sentinel-6 is safely at the Vandenberg Air Force Base in California, the campaign to prepare the satellite for liftoff  has started in earnest.

On Friday, the launch campaign team started unpacking and setting up all the necessary test equipment and office infrastructure. By the end of the day the satellite container and the Mechanical Ground Support Equipment were in the cleanroom ready to be open the next day.

The satellite container ready to be open in the cleanroom (Credits: ESA)

The day after, the team went to the cleanroom to carefully remove the satellite container and reveal the satellite, which had been hidden for the last 9 weeks since it was packed for its long journey from Europe. 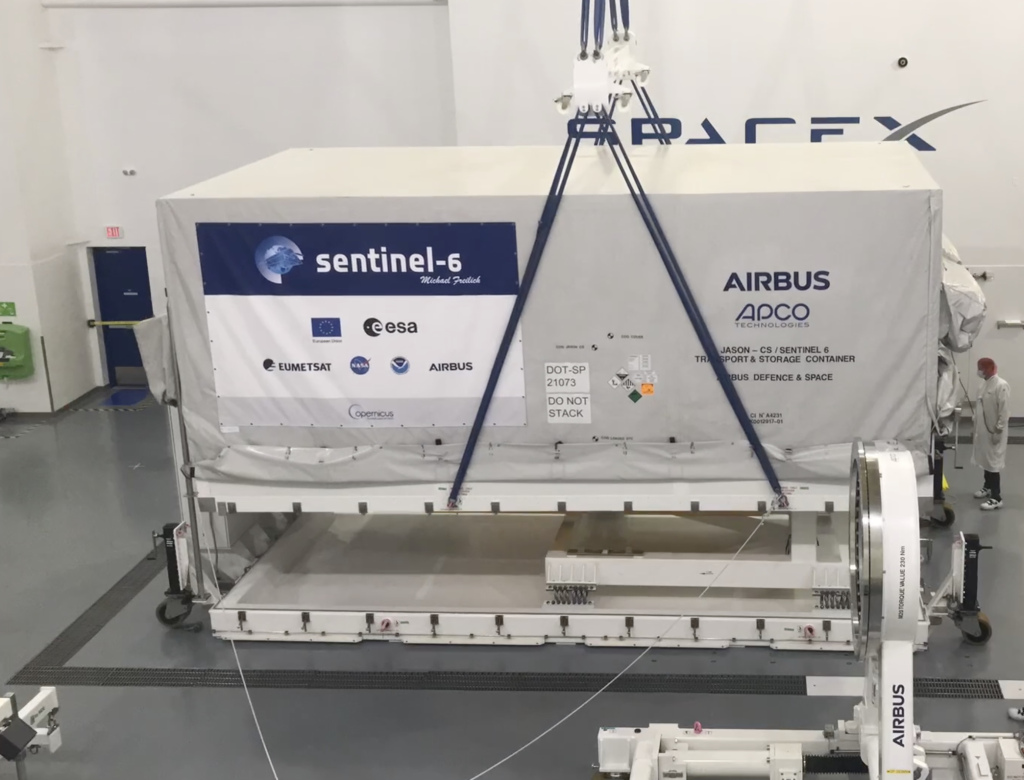 The satellite was thoroughly inspected and then transferred onto a ‘multipurpose trolley’ , which holds the satellite in various positions, allowing the engineers to access different parts of the craft.

This is a significant step in the launch campaign: Copernicus Sentinel-6 Michael Freilich safely in the Vandenberg facilities and positioned ready for testing.

With this milestone passed, the cleanroom was then freed of big equipment such as the transport container that has done its duty.

So far so good!

From the ESA Sentinel-6 launch campaign team in Vandenberg.