The Copernicus Sentinel-6 Michael Freilich satellite, set to launch in November, has now safely touched down at the Vandenberg Air Force Base in central California, US. 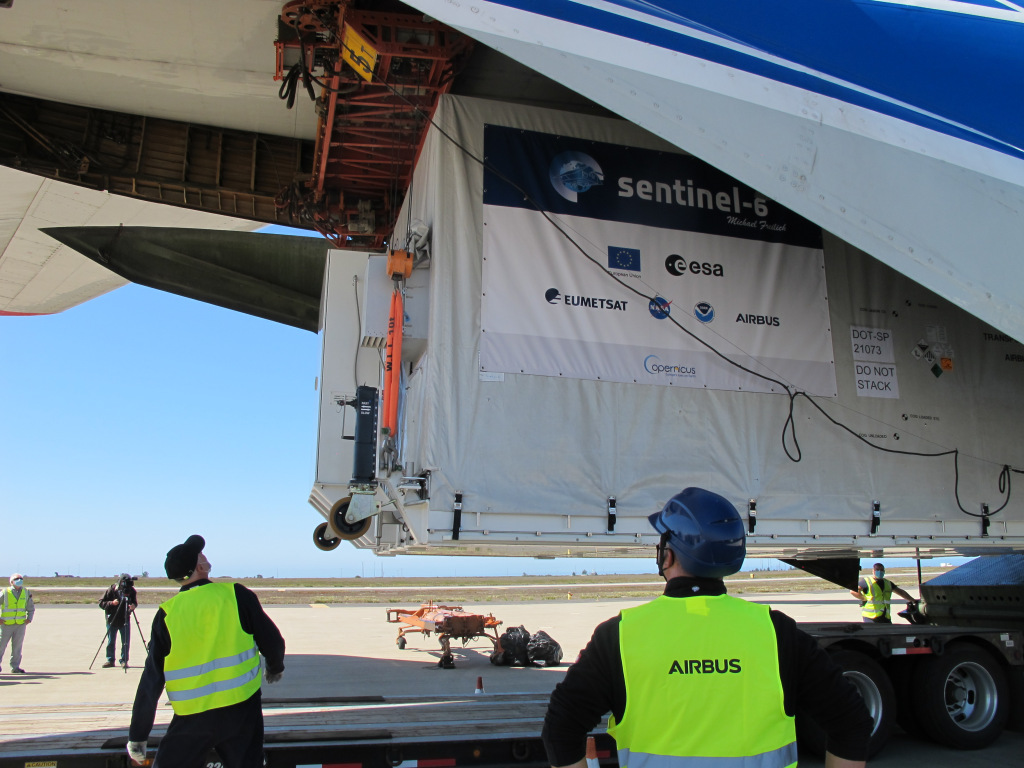 After its departure from Munich Airport on 23 September, the Antonov cargo plane landed at 10:37 local time on 24 September. After a short taxi run, the spacecraft container and support equipment were safely offloaded onto trucks and the convoy took on the 25 km transfer to the SpaceX Payload Processing Facility.

The spacecraft container was then rolled into the facility airlock for cleaning prior to entering the clean room. 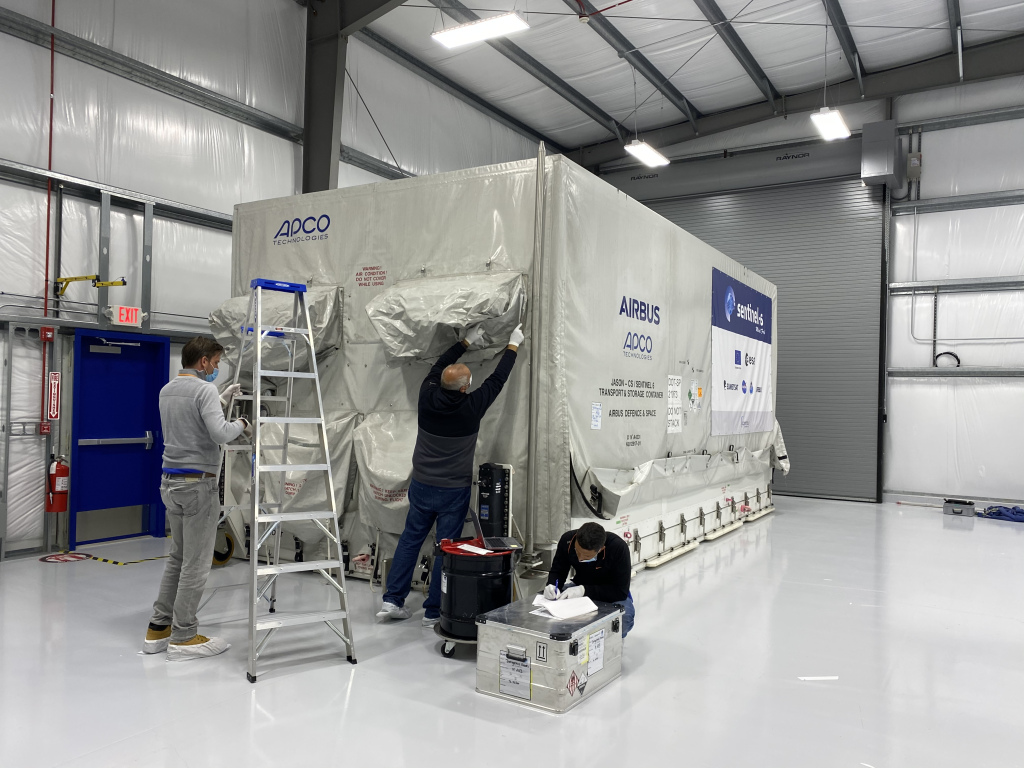 Preparing the container to enter the clean room. (Credits: ESA)

In the coming weeks, the satellite will be fuelled and encapsulated in the launcher fairing and will be prepared for flight.